Social worker Daya Bai is known for her work for the betterment of the tribal community.

In the list of upcoming biopics we can now add the name of Daya Bai. Based on the life of a social activist, the film is directed by Sree Varun and will see Bidita Bag, whose breakout role was in Babumoshai Bandookbaaz (2017), play the titular character.

Born in 1940 in Kerala as Mercy Mathew, Daya Bai is a social activist who has been working for the betterment of the tribal community in India, especially in central India.

The last schedule of Daya Bai has gone on the floors in Madhya Pradesh. Shedding more light on the film, an official statement from the makers said, “Daya Bai will portray how Mercy Mathew, a Malayali, transformed herself into Daya Bai, a social activist. Her work for the betterment of the tribal people of Madhya Pradesh will also be depicted. While a few portions will be shot in Kerala, there will be sequences in Madhya Pradesh also.” 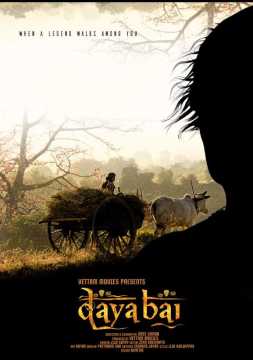 The social worker wasn’t convinced initially when Sree Varun approached her to make a biopic. “Daya Bai has always influenced me," the filmmaker said. "I always wanted to make a movie on her. When we met at Wayanad, she wasn’t convinced. Then she put forth a condition, that the movie should portray her life truthfully. So, our movie has no fictional element, but has portrayed her life as it happened."

Sree said he has stayed true to his promise to Daya Bai by not taking creative liberties with her story. “Her life is a struggle and many a time she was subjected to cruel treatment, like the time she was attacked by the police when she went to talk to them. Daya Bai is a realistic movie in every aspect. We haven’t tried to push in any commercial elements,” he said. Daya Bai is Sree Varun's Hindi directorial debut.

Commenting on Bag's casting, the filmmaker said, "They share a lot of resemblance. We chose her after considering many other actresses."

The makers have released a two posters from the film, which give a realistic feel about it. The first shows Bag in character as Daya Bai. The other shows the rural setting of the biopic. Daya Bai is due to be released in April 2020.