Have been looking for such a balanced script from the start of my career: Bhumi Pednekar on playing the Patni


Bhumi Pednekar plays the 'patni' in Mudassar Aziz's updated Pati Patni Aur Woh remake alongside Kartik Aaryan and Ananya Panday. With the film set for release on 6 December, the actress speaks about being part of a mass entertainer.

Source: Shutterbugs Images
give your opinion

After playing a grandmother and a dark-skinned woman fighting society's biases, Bhumi Pednekar looks glad to be herself and playing the glamorous Vedika Tyagi in Mudassar Aziz's Pati Patni Aur Woh.

Set for release on 6 December, the film is a remake of the 1978 hit featuring Sanjeev Kumar, Vidya Sinha and Ranjeeta Kaur. While some others may think twice before choosing to do a remake after having worked in critically acclaimed content-driven films, Pednekar seems to be calm.

"I am not scared of remakes," she declared. "I have not seen the original, so I really don't have a reference point. The casting felt very exciting to me. The only fear was that I did not want to play a stereotypical wife. But the way this character has shaped up, she is not stereotypical at all."

The actress points out that Vedika Tyagi is both confident and assured of her own charm. "There was so much charm in this character," Pednekar said at a recent interaction with the media. "That's why I really enjoyed doing this, because in my trajectory I have not yet done this. I grew up watching films with Karisma Kapoor, Madhuri Dixit, Kareena Kapoor Khan, Priyanka Chopra. These are the women we have seen and idolized. So I wanted to do a commercial, mass film. This is a balanced film. I have been looking for such a balanced script from the start of my career." Excerpts from the interview:

What has the experience of working in Pati Patni Aur Woh been like?

This is unlike any other role I have done so far. She [Vedika Tyagi] is a confident woman. She is ambitious and wants to make her life better. She encourages her husband to move to a bigger city. Till now, I have been playing confident women, but they have, for some reason, found themselves outside of society's norms. This is the first time I am playing a character who is aware of her charm and her effect on the opposite sex.

She is educated and a teacher. I liked her approach to life. She knows that if she stands at the traffic signal in Lucknow, there will be a jam. She has so much charm. 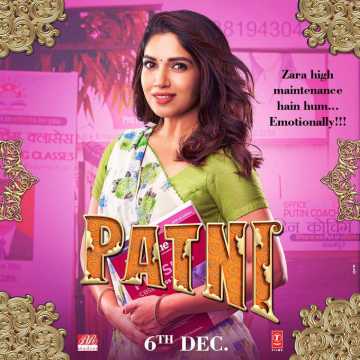 That's why I really enjoyed doing this because in my trajectory I have not yet done such a role. I grew up watching films with Karisma Kapoor, Madhuri Dixit, Kareena Kapoor Khan, Priyanka Chopra. These are the women we have seen and idolized. So, I wanted to do a commercial, mass film. This is a balanced film. I have been looking for such a balanced script from the start of my career, and Pati Patni Aur Woh is one such script.

Weren't you sceptical about choosing a remake?

I am not scared of remakes. I have not seen the original, so I really don't have a reference point. I read the script and loved it. I wanted to work with Kartik [Aaryan] and Ananya [Panday]. The casting felt very exciting to me. The only fear was that I did not want to play a stereotypical wife. But the way this character has shaped up, she is not stereotypical at all.

When it comes to extramarital affairs, Hindi cinema often treats it as a comedy when it comes to the husband's transgressions, but not the same with a wife.

I really hope the sequel to this is where the wife has a 'Woh'. We have really come a very long way from where we were 10 years ago. I feel very proud that my films have been a part of that progression. I really hope Pati Patni Aur Woh adds to it.

Do you think the industry is ready to accept the extramarital affair of a woman?

I don't know whether they are ready to accept, but where there is a good script and a film, the audience will come. Where were they ready to accept a film about erectile dysfunction and treat it like a family? Could we imagine a film made about a mother getting pregnant? There are a lot of taboos we are touching and changing.

Considering that you have been part of so many content-driven films, would you ever opt to do a 'brainless' comedy as such?

I don't have any objection to doing comedy. Doing comedy is difficult. It is one of the toughest forms of performance art. Making somebody cry is easy. I have a certain moral compass I like to follow. If the film fits into that moral compass, I would like to do it.

What do you make of the growing perception that people are welcoming stories with good content?

I think it is a welcome change. Today, people want to see 'our' stories. We have celebrated fantasies for so long that people long for stories about themselves. Kartik made Sonu Ke Titu Ki Sweety (2018). They are relatable characters. Ayushmann [Khurrana] is on a roll because the scripts and characters he chooses are real.

I think it is a very big advantage that we all have the relatability factor. Any of my characters could be your grandmother, sister or mother. We have to thank the audience for it, because it is they who have changed. They are beginning to celebrate their own flaws.

If you had been offered the 'Woh' character, would you have played it?

100%! The character is a fantastic one. She is a very empowered girl, strong, confident and beautiful. Every person, no matter how great, is often depicted through their actions. 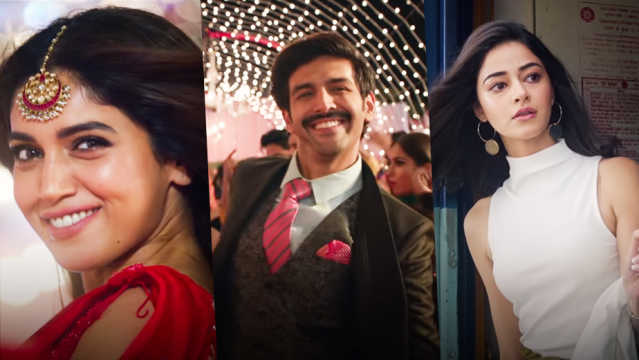 There was a line in the trailer [trivializing marital rape] which came in for a lot of flak. You have also apologized for it, and the line has reportedly been removed from the film. But when the script came in, was the line there? What did you feel about it?

I don't know what is the right way of putting it, but it was definitely a lack of judgement. The idea was never to hurt anybody. Nobody attached to the film belongs to the thought of being sexist. That's why we have gone ahead, apologized and rectified it.

I really need to applaud the makers because they could have easily said 'This is just the Twitterati trolling us', but they didn't do that. They realized that it affected the film's messaging. We cannot always intellectualize cinema, but we have to draw the line somewhere when it comes to humour.

In your case, the questions raised on the 'dark-skinned' portrayal in Bala (2019), and ageing for Saand Ki Aankh (2019), how do you deal with these questions coming your way?

Every film comes with its own view on things that people dislike you for. As an actor, it was my conviction in the character and the film. I will always stand by it. I have always said that as an actor I have been proud of my ability to transform myself. If I stop doing that, then I should quit my profession. I should not have been part of Dum Laga Ke Haisha either. I am not a heavy person, and I gained 32 kg for the film. 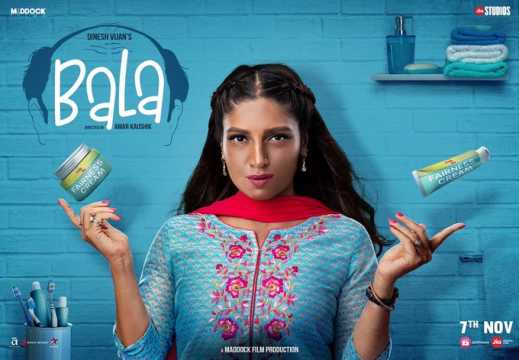 This is my job. Obviously, when you are dealing with the backlash, you hope they watch the film and go beyond what they dislike. A trailer is 0.5% of what the movie is. You should not judge a movie by its cover. Give the film a chance. If you still feel my performance was not good, and maybe some other actor would have performed the role better, I am ready to take the criticism and work harder on my next film.

Would you take up the role if it does not portray the woman in a positive light but is still a fantastic script and story?

For me to like the script, I need to like the character. Where Mastani is concerned, it is a different era. For me, the character is a part of the script. Then, it is a project. But right now, I am not at that point. I have not been a project kind of person. The kind of space and niche I want to create is not about having hits, or Rs100 crore projects. I want to die on a film set. That can only happen if I create an audience which has trust in me as a performer. For women, it is anyway very difficult, yaar.

Taapsee Pannu recently said that when she did Badla (2019), it was still an Amitabh Bachchan film despite her having had more screen time. We are talking in an age when there are increased calls for pay parity. Will that change with Saand Ki Aankh?

Taapsee has done over 25 films. She is someone I adore. Where I am concerned, Saand Ki Aankh is the first time I have done a woman-led film.

Speaking of pay disparity, of course it exists. But it is also a business. When I reach a stage where I single-handedly make Queen (2014) and then expect to get what I ask, only then I can go head-on. But I also have to see what is the box-office attraction that I have. Is it as much as a male actor who has done the same number of films I have done? It's not, right now. But I can see that gap getting closer.

You recently went to Busan with Dolly Kitty Aur Woh Chamakte Sitare. How was the experience?

Amazing! I have never seen an international audience react to any of my films. They were flocking around Konkona [Sensharma] and me, clicking pictures. They understood the film completely. Now, I just want to go for these festivals all the time.

The love and respect art is given at international forums, especially competing with the best in the world, that is an experience you won't find elsewhere.

On a lighter note, if you had to have a 'Woh' in the sequel, who would you like it to be?

Well, Kartik [Aaryan] has to be my husband, I think. Then, the Woh would be Ayushmann Khurrana. He has always been my 'pati'; now he ought to be my woh.