The iconic Rajshri film that catapulted Salman Khan to stardom was released on this day in 1989. Actor Mohnish Bahl, the antagonist in the movie, takes a trip down memory lane and shares some interesting anecdotes.

Before striking gold with Maine Pyar Kiya, actor Mohnish Bahl had delivered a series of flops. But, as he puts it, he was at the right place at the right time and this ensured that he bagged the role of the antagonist in the film that went on to become a blockbuster hit.

Made under the banner of Rajshri Productions, Maine Pyar Kiya saw Salman Khan play the main lead for the first time while it was the launch vehicle for actress Bhagyashree, who had just achieved popularity in the television serial Kachchi Dhoop, directed by Amol Palekar, on Doordarshan. Bahl played the villain Jeevan in the romantic drama. The film also marked the directorial debut of Sooraj Barjatya, son of producer Rajkumar Barjatya.

With the iconic film completing 30 years today (it was released on 29 December 1989), Mohnish Bahl took a trip down memory lane and shared some interesting tidbits related to his casting and the film in an exclusive conversation with Cinestaan.com.

After having failed to achieve any success as leading man, Mohnish Bahl had decided to change professions and become a pilot. He had even begun training for it. “I was at home for two and a half years," the veteran, seen most recently playing Peshwa Nanasaheb I in Ashutosh Gowariker's Panipat (2019), recalled. "I didn’t think anyone would take me as a hero now. So, I started taking commercial flying lessons at the Bombay Flying Club, so that I could at least tell dad that I am learning commercial flying. He would retort so you are spending money here too?” 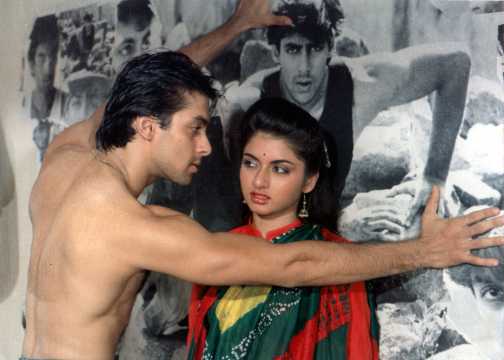 Since making his debut as a leading man in Teri Baahon Mein (1984), Bahl had been part of one big hit, Purana Mandir (1984) by the Ramsay brothers, but that did not help his cause. “If you do some research, you will realize that this was the biggest hit given by the Ramsays. But in those days horror films were considered B-grade. So, I used to get the same kind of offers after that,” said Bahl.

It was at this juncture that his friend Salman Khan suggested that Bahl audition for the villain's role in Maine Pyar Kiya. Bahl and Khan had been friends long before Maine Pyar Kiya happened and they used to hang out together. “I was also struggling," Bahl recalled. "In a way, what struggle? There was just no work after my films flopped. After Salman signed the film, he suggested that I audition for the role of villain.

“Interestingly, they auditioned me on the line that went on to become famous — ‘Ek larka-larki kabhi dost nahin hote [A boy and a girl can never be just friends].' The audition was difficult for me since that dialogue is not easy. But I got selected. Soorajji and Rajbabu [Rajkumar Barjatya] had taken my audition,” said Bahl. 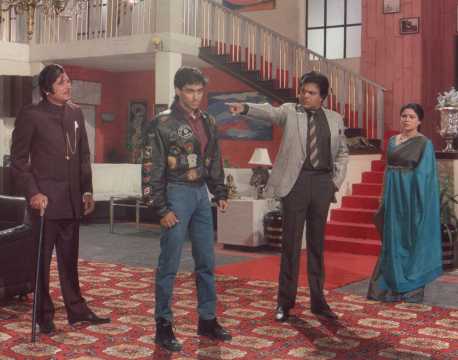 However, there was another obstacle in Bahl's path. “My mother [the late actress Nutan, one of the greats of Hindi cinema] and the Barjatyas had family relations,” said Bahl. “They told me, ‘We want to cast you, but we are not sure how we can take Nutanji’s son as a villain.' They said they would need a clearance from my mother.”

So, Bahl asked his mother to speak to the Barjatyas. “I told her I should actually be getting movies because of you, but the opposite is happening here,” laughed Bahl.

Nutan then spoke to Rajkumar Barjatya and gave her nod and Bahl started shooting for the film. But what the two actually spoke on phone was never revealed to Bahl until the shooting of his next film with Rajshri, Hum Aapke Hain Koun..! (1994).

“Mom had passed away by then [Nutan died of cancer in 1991],” said Bahl. “Rajbabu said I must tell you what we had spoken then. He said my mother’s exact words were, ‘Mere bete ko punish mat kijiye kyunki woh mera beta hai [Don’t punish my son for being my son]'."

There was another important part of the discussion which also Bahl got to know of during the shoot of HAHK. “Rajbabu said he had promised Mom that he would cast me in a positive role one day. And this happened with Hum Aapke Hain Koun..! Sometimes we don’t know how our elders’ blessings help us,” remarked Bahl.

Surprisingly, Bahl had decided to go ahead with his commercial pilot training even while shooting for Maine Pyar Kiya. “I had never seen success till then," he explained. "I didn’t know how it looks. I didn’t know if I would make a comeback in the industry through this film. The film did well and because of this we all got a chance again.”

Bahl also said he had no idea his catchline from the film, 'Ek larka-larki kabhi dost nahin hote', would become so famous. “It feels strange," he said. "Who knew people would remember the line even after 30 years?"

Laughing, he continued, "I have females who are my friends, so personally I don’t agree with the dialogue.” Interestingly, there is a reference to this dialogue and Bahl in Anurag Kashyap’s magnum opus Gangs Of Wasseypur (2012).

Some writers have claimed that Bahl had also auditioned for the role of the hero Prem in Maine Pyar Kiya, but he rubbished all such claims. “I only gave one audition, for the character of Jeevan, and that too on Salman’s suggestion. How would I have suited that role [of Prem]? The film would have been a flop then!” he said and burst out laughing.

After doing Purana Mandir, Bahl had been receiving similar offers and so there was a danger of a similar thing happening after Maine Pyar Kiya, in which he portrayed a powerful villain. But, luckily for Bahl, while he did find himself being offered a lot of villainous roles, they were different from the role of Jeevan in Maine Pyar Kiya.

Speaking about his next release Baaghi (1990), he said, “In that film, I played a ruffian Jaggu while in Maine Pyar Kiya I played a sophisticated and wealthy character. People must have felt that even in negative characters I am able to play a rich villain and at the same time a sadak-chhaap gunda [streetside thug]. I was lucky because another release Shola Aur Shabnam (1992) also became a hit. And then Soorajji cast me in a positive role in Hum Aapke Hain Koun..!” 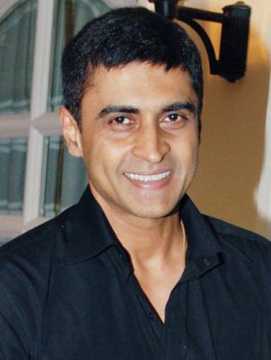 Bahl was amazed by the positive atmosphere created by the Barjatyas on the sets of Maine Pyar Kiya. “They are wonderful people not just because our family shares good relations with them, but also because they are people who develop a positive atmosphere around themselves. During the shoot I didn’t know that I would enjoy lifelong bonding with them, but I did feel that I should work with them again,” he said.

In an interview with Cinestaan.com, Renuka Shahane, Bahl's co-star in HAHK, had recalled that when Sooraj Barjatya narrated the script of Hum Aapke Hain Koun..! to her, she felt the film was already made in his mind. Bahl had something similar to say. “When Soorajji gives you a narration, you are able to see the whole film in front of you," he said. "He would even speak about the songs, background music and even the colour of a curtain!”

The actor, obviously, is moved to see the film that rescued his career remembered even today. “I feel gratitude because I don’t think I have done something different,” he said. “I was just a part of the unit. I just tried to do whatever my director told me. The credit goes to Salman for suggesting my name and Soorajji as the director. I was in the right place at the right time. I am indebted to Salman for the two or three breaks he gave me.”