The film began filming in April 2019 and is scheduled for theatrical release on 2 October 2020.

The upcoming biopic on the life of freedom fighter Udham Singh has completed its final shooting schedule in Europe. The film, directed by Shoojit Sircar, and starring this year's National award-winner Vicky Kaushal, is due to be released on 2 October 2020, on the birth anniversary of Mahatma Gandhi.

The film went on the floors earlier this year in April. Initially, actor Irrfan Khan was due to star in the biopic, but he had to step away from the project because of his ill health. Kaushal stepped in to play the part instead. 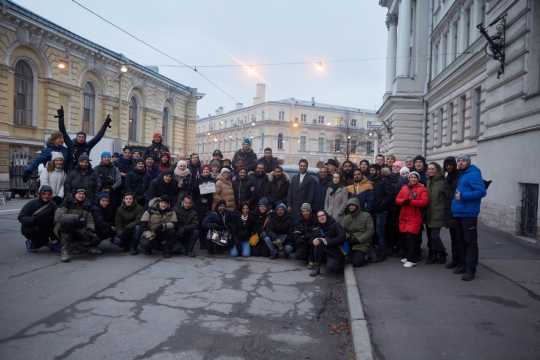 Sardar Udham Singh will chronicle the freedom fighter's journey to England where he assassinated former lieutenant governor of Punjab, Michael O'Dwyer in retaliation of the 1919 Jallianwala Bagh massacre in Amritsar.

The film, produced by Ronnie Lahiri and Sheel Kumar, has been shot in UK, Russia and other European locations and north India.