I only auditioned because it was Aamir Khan: Kareena Kapoor Khan on Laal Singh Chaddha


The actress revealed that her 3 Idiots (2009) co-star was the reason she even chose to do an audition for the first time in her career.

Kareena Kapoor Khan teaming up with Aamir Khan for the remake of the Hollywood hit Forrest Gump (1994) has got the buzz going for the film. Laal Singh Chaddha, featuring Aamir Khan as the man who sees the transformation of a country in his lifetime, is set for release on the Christmas weekend of 2020. The film also marks the first time Kareena Kapoor Khan gave an 'audition' for a role.

Speaking to reporters at a recent interaction, the actress praised her co-star, saying, "Laal Singh toh, now what can I say (laughs)? That should be enough. Everybody has been asking how is it. What do you say about a person [Aamir Khan] who is such a genius and has got such a cinematic mind? It is just an absolute pleasure and honour to be standing with him, and working again with him. He is so passionate and so dedicated to his craft of acting. The journey has just begun now. So it is quite exciting."

Currently awaiting the release of Good Newwz, where she will be seen alongside Akshay Kumar, Diljit Dosanjh and Kiara Advani, Kapoor Khan revealed that it was only for Aamir that she accepted the request to do an audition for the role.

"I say it even now, that I would never audition. In the last 20 years, nobody has ever told me, 'Read these two scenes'. I think even for a Hollywood studio I would not have auditioned. I have auditioned only for Aamir Khan." 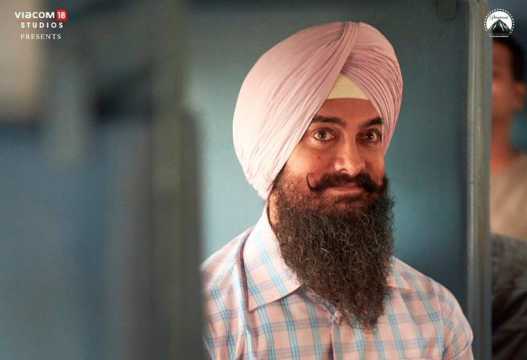 While the actress was in two minds, it was her husband Saif Ali Khan who pushed her to take up the audition. She said, "That's what Saif told me. 'What is the big deal? We all should do that for a part." In Hollywood, Al Pacino, Meryl Streep, everybody auditions for parts. So, Saif told me, 'If actors like you also start doing it here, then it will be better. You should audition.' That's why I kind of said, 'Okay fine. Why not'?"

The film, directed by Advait Chandan and written by Atul Kulkarni, will see Kareena Kapoor Khan take on the role that was played by Robin Wright-Penn in the Hollywood original. Speaking of Tom Hanks's replacement Aamir Khan, she said, "I know what his potential is, and I know his intent. He will create a world. He just wants to be 100% sure about the world. In my mind, when I was reading the scenes, I knew I had nailed it. I am this character. Aamir told me later, 'When you were midway through the scene, I told [director] Advait [Chandan] this is done.' He can see those characters. I really admire him for that."

Kareena Kapoor Khan will also be part of the Karan Johar period epic, Takht (2020), filming for which is yet to begin.