The films will join a list of 45 films from India, Sri Lanka, Pakistan, Bhutan and Bangladesh to be screened at the film festival.

The third edition of the Singapore South Asian International Film Festival (Sg.SAIFF) will witness a majority of films from India, Pakistan, Bangladesh, Bhutan, and Sri Lanka screened for audiences. India will be represented through a long list of films in Hindi, Tamil, Malayalam, Kannada, Bengali, Assamese and Ladakhi languages.

Among the films included in the festival are Sumitra Bhave's Dithee (2018), Rajiv Menon's Sarvam Thaalamayam (2019), Mai Ghat Crime No 103/2005 by Anant Mahadevan, and Veyilmarangal by Dr Biju.

The festival will see the premiere of While Slow Burn (Ranj) by Sunit Sinha, Kathaah by Shilpa Krishnan and Oththa Seruppu Size 7 by Parthiban, and Space MOMs by Radha Bhardwaj. 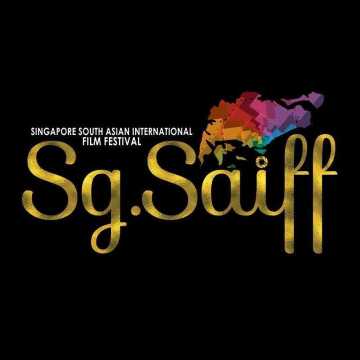 Among the Bengali films at the festival are Ahare Mon (2018) and Abyakto (2018). The Assamese film, Aamis by Bhaskar Hazarika, will also have its world premiere at the festival.

In addition, National Award winners like Jahnu Barua, Dr Biju, Priya Krishnaswamy, and Anant Mahadevan will screen their films at the festival.

There are also two documentaries, The Queen of Taru directed by Aishwarya Sridhar that is a story of a tigress from Maharashtra, and This Shaking Keeps Me Steady directed by Shehrezad Maher that focuses on various ambulance drivers and other helpers, their experiences and dreams.

Says Abhayanand Singh, the festival chairman, "Films, as they say, have universal language and our aim at Sg.SAIFF is to screen films from all over South Asia to help connect people across the globe through cinema.”

“Cinema reflects life across the globe, life real, imagined or dreamed. Filmmakers weave this life in all its aspects on screen as they perceive for us all to view, enjoy and reflect. The Sg.SAIFF team has meticulously selected the best of films from South Asia to ensure it satiates film lovers. The idea is to try and reach the next higher level with each passing year when it comes to the quality of films screened at Sg.SAIFF," Srinivasan Narayan, festival director added.