Earlier this year, Karan Johar’s Dharma Productions announced that they will be producing a film on India’s first female air force officer Gunjan Saxena with Janhvi Kapoor in the lead.

The makers have just announced that the film is titled Gunjan Saxena: The Kargil Girl (2020) and it will be released on 13 March 2020.

In the main poster, Kapoor is seen playing with a paper airplane, indicating her dream of becoming a fighter pilot. The actress looks carefree and happy in the image. 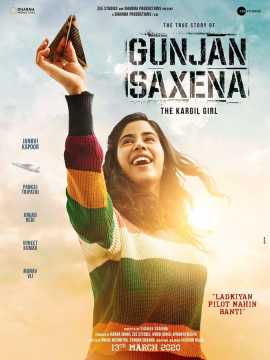 The poster has the dialogue, “Ladkiyan pilot nahin banti [Girls can’t become pilots].”  The film will likely explore the story that Gunjan Saxena will be told that she can’t become a pilot because of her gender and she later proves them wrong.

Gunjan Saxena: The Kargil Girl is directed by Sharan Sharma. He was an assistant to director Ayan Mukerji in Dharma Productions’ Yeh Jawaani Hai Deewani (2013) and the creative director in Ae Dil Hai Mushkil (2016), which was directed by Johar. 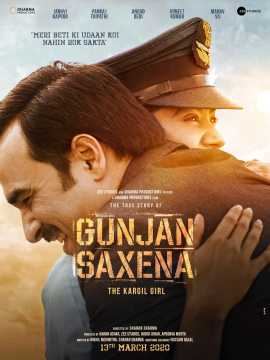 The film also stars Angad Bedi as Kapoor’s brother along with Pankaj Tripathi as Gunjan's father. Vineet Kumar Singh and Manav Vij are also part of the cast. 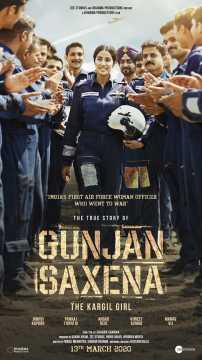 The makers have also released two other posters. One shows Kapoor being congratulated by Tripathi and in the other she is applauded by a team of pilots after completing a successful mission. Saxena contributed in the 1999 Kargil War. This moment seems to have been captured in the third poster.

Gunjan Saxena: The Kargil Girl is produced by Dharma Productions and Zee Studios.