The director said his story is rooted in Indian culture and steers clear of the biblical or Westernized approach that most horror films use.

Bhoot Pori is a biography of a female ghost (played by Ahsan), who meets a little boy (Bishantak) suffering from chronic somnambulism. The ghost, trapped in a time warp of 70 years, finds out that she shares a common dream with the boy. 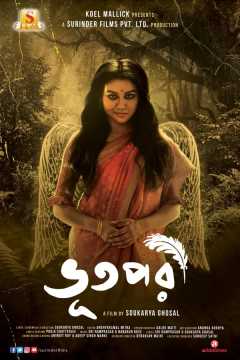 The director, who has wished for a long time to make a horror film, said, “Most of the larger-than-life films or horror films that are made in and outside India appear to be extremely biblical or have a Westernized approach.”

The maker of the critically acclaimed Rainbow Jelly (2018) said that generally ghost stories follow a stereotypical pattern. People die and turn into evil spirits to seek certain kind of revenge and then eventually succeed.

“I find this kind of storyline to be extremely simplified and to an extent a bit dumb,” he said. “Logically, if there is an inclination towards revenge in the subconscious mind, there should be traces of humanity and positive emotions as well. The memories should also be there.”

Ghosal feels that the simplified approach basically attempts to justify the existing concept of hell and heaven. However, in Indian culture, spirits have always been conceived of as complex entities, full of emotions. “Hence, I always wanted to attempt a biography of a ghost. I wanted to explore whether ghosts are lonely or they experience boredom and long for companions,” he said.

In the film, a ghost of 70 years meets a boy with whom she strikes a connection. The ghost begins to find a lot of similarities with the boy who works as a bridge of communication between her and the mortal world. They develop a bond and while communicating with him, for the first time, she begins to wonder how she might have died. Both the ghost and the boy then begin to investigate the death and eventually a mystery is unearthed. 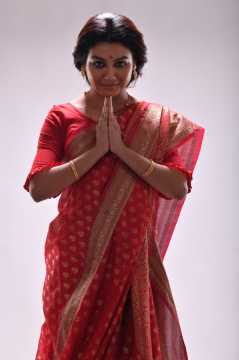 Bhoot Pori is an original story by Ghosal and he has primarily attempted to approach the story following Leela Majumdar, Shirshendu Mukhopadhyay and Satyajit Ray’s treatment of fantasy and horror stories.

“Actually, between making films whenever I get time, I get back to my pile of books again and again," the director said. "I can never get enough of those stories. I have attempted to follow the style of Mukhopadhyay, infuse the sweetness present in Leela Majumdar’s stories, and capture the humour in Ray’s creations. These features are so deeply ingrained my mind that if I ever encounter ghosts in my personal life, I would definitely counter them with questions as the protagonists in the stories by these authors always do!”

Ghosal said that for Ahsan it was easy to like the script instantly because she had never been offered such a character before. “Her character keeps shifting from the past to the present and she has lots of shades to play with,” he said.

Chakraborty, on the other hand, will be seen as the quintessential rustic thief. “He hasn’t played a thief before," the director explained. "A thief has certain ethics. He is not like con men who steal a few times and get rich. Ritwick too was quite excited to get such a character for the first time.” 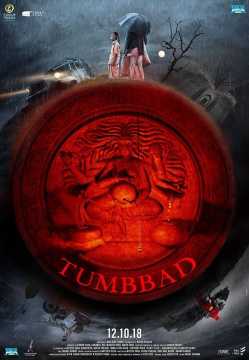 Speaking of recent indigenous horror films, Ghosal referred to Rahi Anil Barve's acclaimed Tumbbad (2018) but clarified, “In Tumbbad, there was no ghost. Hastar was a demon. However, I am talking about actors, models, artistes or common people who die and turn into ghosts. Bhooter Bhabishyat (2012) attempted such a concept but with a satirical approach. My film is a bit sensitive and soft too.”

Ghosal confirmed that the film will scare the audience as well as entertain it with humour. “Basically, audiences of all age groups who are thrilled to unearth the mystery of ghosts and their world will be thrilled to watch the film,” he said.

Ghosal and his team will start shooting for Bhoot Pori from tomorrow.