Kaala Patthar, a document on lives and danger in the mines: Anniversary special


Kaala Patthar, Yash Chopra's film scripted by Salim-Javed, turns 40 today, but its portrayal of life in a mining town, the risks and the camaraderie, remains just as impressive.

During the pre-release interviews for his latest release Super 30, Hrithik Roshan said: "The definition of a hero on screen is changing." The actor should know. Often cited as an example of the desirable male, Hrithik Roshan underwent a transformation (complete with tanned face) to play a poor mathematics teacher from Bihar.

Over the years, Hindi cinema has sourced its heroes from thieves, gangsters, policemen, entrepreneurs and, more recently, rocket scientists. But a profession that has slowly vanished into the background is that of miners.

While Salman Khan's short stint as a miner in Bharat (2018) and the recent success of Kannada star Yash's KGF (2018) has brought the largely forgotten industry back in the limelight, neither film focused on the risks and lives of miners in the fashion of the iconic Kaala Patthar (1979). 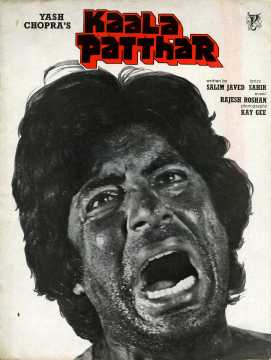 Yash Chopra's ensemble drama was driven by a talented cast, a stellar script and some scintillating dialogue. Forty years later, the film continues to make for an interesting document on the lives of these exploited labourers and their inhuman struggle in the darkness.

Incidentally, the film was based on one of independent India's worst mining disasters which took place in Chasnala, near Dhanbad, then part of united Bihar and now in Jharkhand. The disaster resulted in the deaths of 380 miners who were trapped underground when an explosion flooded the mine. 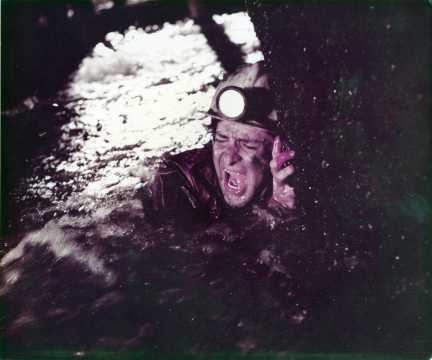 In a 2017 interaction with the Hindi daily Dainik Bhaskar, writer Javed Akhtar, one half of the Salim-Javed duo that crafted Kaala Patthar, said, "We were not aware of the socio-political relevance of the Angry Young Man. We were simply writing stories. Except that these stories were the product of the times, which we also belonged to."

Considering the impact and shock of the Chasnala mining disaster, it was no surprise that the writers picked it up as a story. A tale of exploited, poor labourers working for long hours in a dark hole for pay that was little more than peanuts was a piercing tale for an emerging India.

The film also had the ever-present face of the new 'angry' India, Amitabh Bachchan, carrying the flag of the idealistic and hard-working common man. On the other side of the spectrum was the clean-cut, new-age Shashi Kapoor, and the more grungy, wild Shatrughan Sinha.

The sequence repeats itself in another Salim-Javed/Yash Chopra classic, Trishul (1978), where Amitabh Bachchan's Vijay makes his entry on screen while working in a mine. The explosion that he sets off is symbolic of the anger suppressed within.

The chemistry among these characters is what makes Kaala Patthar so watchable.

Apart from the leading men, the film constructed a portrait of a mining town. The bangle sellers, the tired doctor (Rakhee), the wedding celebrations, and the homilies of miners from different cultures who band together is explored through the film. The women led by Neetu Singh and Rakhee embody the lives of those left behind in the villages with each death in the mines.

With the turn of the millennium, the image of the hero cloaked in dirt and blood mostly faded away. With the exception of the cringe-worthy Koyla (1997), few films have dealt with the topic.

It took the arrival of another 'Angry Young Man' in Anurag Kashyap to take a look at the forgotten coal mines of India. In the two-part Gangs Of Wasseypur (2012), Kashyap returned to the mines of Dhanbad to craft his magnum opus.

Gangs Of Wasseypur (2012) begins in the coal mines and expands to the entire region of Wasseypur around it. While the film does not delve into the life in the mines, the mines play an important role in shaping the characters. Incidentally, it was in 2012 that the miners of Chasnala finally received a memorial for their lost comrades.

Kashyap's rise, along with directors like Tigmanshu Dhulia and Anubhav Sinha, has recreated the bubbling sense of anger. But it was the multi-lingual KGF: Chapter One (2018) that dived into the Kolar Gold Fields down south to explore the genre once again.

Like Amitabh Bachchan in Kaala Patthar (1979), the hero of KGF, played by Yash, turns to the gold mines in anger and a mood for vengeance. He might be a criminal, but he seeks to use his anger to liberate those enslaved in the mines.

Scripted in the style of the 1970s commercial potboilers, KGF proved to be a surprising success in cities like Mumbai and Delhi. The film's eventual collection exceeded the Rs100 crore mark that has become the minimum required for a blockbuster.

With films like Article 15 (2019) and Mulk (2018) creating the potential for movies that explore the lives of the oppressed multitudes who live and die in anonymity, perhaps the time is ripe once again for a film on miners.

Yet, to match the completeness of the cinematic document that was Kaala Patthar is a tall order. Forty years on, the film remains the most evocative portrait of life in those dark caverns under the ground.