The Assamese filmmaker spoke about her win and how it gives motivation to others to make films with rare dialects.

Mishing was made with the intention of showcasing the culture of the Sherdukpen tribe of Arunachal Pradesh, which has an estimated population of only 4,200 people. The film weaves in the strongly held belief of the community of wandering souls and spirits. 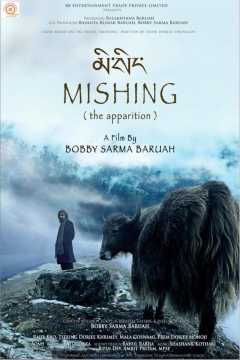 It is Baruah's third feature after the award-winning films Adomya (Indomitable) and Sonar Baran Pankhi (The Golden Wing). The filmmaker is pursuing her doctoral research on the influence of folk culture of Assam in Assamese cinema.

Speaking about the win, Baruah said, "I feel so great because this award is for a Sherdukpen film and there are few people who speak this dialect as their mother tongue. That’s why I am very happy as this is recognition for them, for the Northeast and for Arunachal Pradesh as a whole because through a movie people can see the place, culture and tradition of the region."

She also said that awards give a boost for people who are trying to showcase different languages adding, "This news helps a lot to give platform for Sherdukpan language and gives motivation for these rare dialects."

It was a long, difficult personal journey for Baruah to make the film. "I did a lot of work for the film and it took me three years to do the research as this is not my mother tongue, so it was a tough journey for me also. I feel really proud and privileged at receiving the award," she shared.