Saif Ali Khan had this urbane image when he started off his career in the 1990s. But the actor gradually moved out of that zone and became a more versatile artiste. Who would believe he was once caught in the urbane image after watching his act as Langda Tyagi in Vishal Bhardwaj’s Omkara (2006)?

But the actor had a really tough time during his debut Aashik Aawara (1993). Umesh Mehra, the director of the film, recalled some interesting moments when Khan took the first step of his career as the actor celebrates his 49th birthday today.

Mehra said that he distinctly remembers his first meeting with Saif. “There was a Zakir Hussain concert at US Golf Club and Saif came with Moon Moon Sen and a couple of other friends. Moon Moon introduced me [to Saif]. We had already worked in Jaal (1986),” he said.

Khan had already signed Rahul Rawail’s Bekhudi (1992), which also marked Kajol’s debut. “Saif had just returned from abroad,” said Mehra. “His complete body language and accent was totally angrez [English]. I was told he has come here to try for films. I told him why are you trying here? You should try in Hollywood. He gave feelers to work with me some day.” 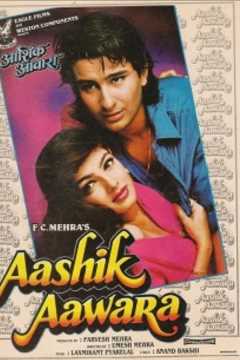 Then, one fine day, after the staff had left Khan landed up at Mehra’s office. The filmmaker was writing the script for Aashik Aawara and was yet to cast for it. The lead was supposed to be a con man who steals the identity of a Non-resident Indian (NRI).

Unfortunately, due to some issue with the producer Sattee Shourie, who had signed him on contract for another film, Khan had to quit Bekhudi. “He honestly said what had happened and reminded me that I would consider casting him. He asked if I would cast him since he needed work. He said he is too pareshan [worried]. She [Shourie] had put him in a house and then had thrown him out. He didn’t have place to stay and was in a very bad shape,” shared Mehra.

“He also said that he hadn’t eaten anything since morning. I first told the peon to bring a sandwich and Coke. I said I will sign him for two films. He wanted some contract to be made. I made the contract and gave him a cheque. I wasn’t 100% satisfied with Saif, but went along with it,” added Mehra.

Mehra’s lack of complete certainty troubled him on day one. “The first day of the shoot was like test by fire. I had given Saif ample time to get ready to work on himself. But he was not there only. It was very difficult. I know how I managed. Everybody discouraged me saying it’s the first day, so take somebody else. For me it was like if I have chosen someone, so how can it be wrong?” he said.

Aashik Aawara had Kader Khan and Rakesh Bedi, both established actors, play Saif’s associates. They came to the younger actor's rescue. “I gave the burden of the bigger lines and difficult moments to those two, so this guy got some time to get into the character. If you see the movie, you will instantly make out the beginning and end of what we shot. I, of course, can see it very glaringly,” Mehra shared.

That wasn’t all. Khan also had issues with his dance steps. “All the hard work was done by us. I remember the song we were supposed to shoot. He was shooting down for Yash [Chopra] ji’s film [Parampara]. Again he wasn’t a dancer. We sent an assistant choreographer over there and he was trained for 15 days,” Mehra said. 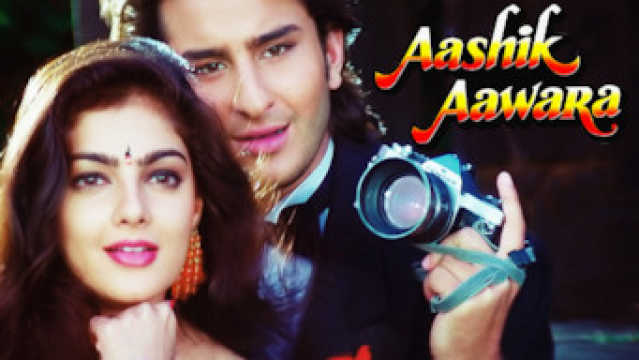 Parampara, which was directed by Yash Chopra, released just two weeks before Aashik Aawara on 14 May 1993 and eventually became Khan’s debut.

Despite these hurdles, Aashik Aawara became a successful film. Mehra went onto make another film with him Yaar Gaddar (1994). “Today, of course, he is acknowledged as a great actor. I think success came to him initially very easily. He rode it. I think he did a fantastic job of reworking himself and working really hard on himself; on his body, look and everything,” Mehra accepted.