Don’t want to repeat myself as an actor, says Ashutosh Rana


Actor Ashutosh Rana speaks about his latest film, Chicken Curry Law (2019), which is in theatres now.

After playing a dogged and vengeful police officer in Sonchiriya (2019) and a concerned father in Milan Talkies (2019), actor Ashutosh Rana has once again donned a lawyer's robes for his latest, Chicken Curry Law.

Rana has completed a quarter century in the film industry, but he maintains his zeal and vigour for the job, remaining keenly interested in exploring different aspects of himself as an actor.

In a telephonic conversation with Cinestaan.com, the actor spoke of how his new role differs from the lawyer he played in Anubhav Sinha’s acclaimed Mulk (2018). He also spoke of how he was lucky to get many opportunities early on in his career, what he looks for when a role is offered to him, and why he is committed to acting in all Indian languages. Excerpts:

Can you explain the title of the film, Chicken Curry Law? What exactly does it refer to?

It has to do with with our law, which deals with meting out justice, that its speed is slow. When we get justice, after getting it, the accused and the victim [are almost the same]. For instance, suppose a rape occurs now, and the rapist is sentenced after 10-15 years, it’s such a delay. The title deals with the delay. Our direction is correction, but our speed needs to increase.

You played a prosecution lawyer last year in Mulk (2018), here you are playing a defence lawyer. How did you prepare for the role?

As an actor, there is an internal struggle. Mulk was a superhit film, and in it, there is a lawyer named Santosh Anand, and in Chicken Curry Law, there’s Sitapati Shukla. Because [Santosh Anand] is still fresh in your minds, how do they both differ from each other?

As an actor, that’s a big challenge that the two characters should stand up on different platforms and be seen as different. They both should have different ways of moving around, even though they are both wearing the black coat [of a lawyer] and are in court. How they both should be different persons, Sitapati Shukla and Santosh Anand... I feel that they are as different as zameen, asmaan because of their mentalities.

In the film, you are defending a rape victim in court. How does the film show that the burden of truth is on the victim, not the accused?

The whole battle is being played out in court and the victim who has been assaulted, Maya (Natalia Janoszek), is foreign. Powerful people who are behind the assault try to steal the law into their own hands. First of all, the girl doesn’t get a defence lawyer initially and on the other side, the defence lawyer, Sitapati Shukla, he comes and stands up for her. He also has a big challenge standing in front of him, ke sach ko sach sabit karna hai, against some very powerful people. How he does it, the whole story, is his struggle in the film, how he gets justice for the victim.

You have played all kinds of characters in your career. What excites you now when you are offered a film role?

If that is important enough or challenging enough as an actor for me, then I go for it. After that I look at the director. I never look to see if the director is seasoned. I believe that even a newcomer can create miracles.

Then I look at the producer, that the film they are making, whether they have the strength to take it to the audiences or not.

You have completed over 25 years in the industry. What were your expectations on becoming an actor when you started out? 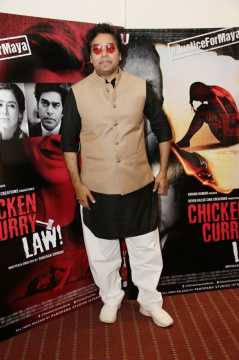 That’s all I had in my mind. The other thing was that by the end of the day of my life, whenever people should refer about me, they should not refer to Ashutosh Rana as a Hindi film actor. They should refer to Ashutosh Rana, Indian film actor. So for that I need to do different film languages. Till now, I feel I have done so in six-seven languages like Telugu, Kannada, Marathi, Bengali, Haryanvi and Hindi toh mein karta hi hoon. Along with that, I felt that whatever types of platforms are out there for an actor, be it a film, television or theatre, on all these platforms, there should be one performance that should create an impact in the minds and hearts of audiences.

Now there’s a new platform with web-series, that also I am doing. What I wanted, what I had thought of, uss cheez ke raaste apne aap bante gaye.

Do you think content in other languages is gaining on mainstream Hindi films?

See, the actual form of art is boundless, and artistes are also without boundary. Whatever emotion is yours, that reaches someone in Mumbai, someone sitting in Mumbra and Berlin. Meaning that art is for everyone, it’s like the sun, it doesn’t see where it’s going.

I think it’s a good thing that we have developed so much with technology that now films can be dubbed all over and we can see them in India. Or that a Hindi film can be seen all over India and outside India as well. The film industry has seen many gains through technology and artistes.

These days there are many biopics in the works. Is there any real-life person whose life you would like to essay on the big screen?

If you have noticed, before the biopic season which is prevalent now, I had done a film called Shabnam Mausi (2005) that was based on a real-life character. Shabnam Mausi was an MLA in Madhya Pradesh. I have done it long time back.

[But] I would like to do the biopic of Swami Vivekanand if it is made. I want to do that character. Maybe it’s possible that you have asked, and I have said it, and as my wishes have come true, then this will also come true.

What are your other projects in the works?

There is one film from Dharma Productions, it’s a horror film, and there’s another Yash Raj production with Hrithik Roshan and Tiger Shroff called War (2019). And one film I’m doing with Guneet Monga.