Additionally, the film has been nominated for Best Foreign Language Documentary and Best Director at the festival in the Spanish capital.

Filmmaker Tanuja Chandra is embarking on a whole new journey with her first documentary film, Aunty Sudha Aunty Radha, which is being premiered at the Madrid International Film Festival today (13 August).

The focus of the film are the filmmaker's aunts, aged 86 and 93, who live in Lahra, Uttar Pradesh.

The documentary, produced by Anupama Mandloi under her banner A Boy and A Dog Productions, has also been nominated at the Spanish festival in two categories, Best Foreign Language Documentary and Best Director.

Chandra, whose feature films are Qarib Qarib Singlle (2017), Sur: The Melody Of Life (2002), Sangharsh (1999) and Dushman (1998), observes her elderly aunts who have retired to a rustic life but continue to live life to its fullest. 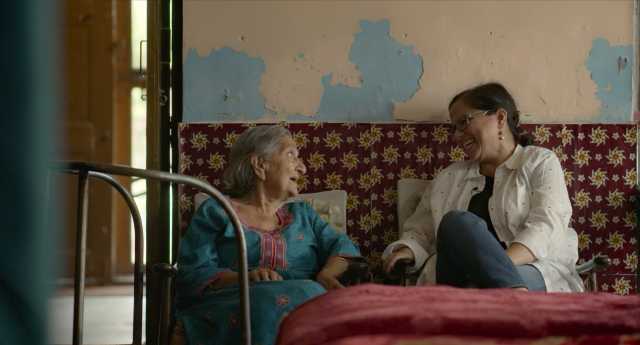 In statement about the film's selection, Tanuja Chandra said, "This is a personal passion project for me, which on the face of it is about two old women in the autumn of their lives, but really it could be said they are in the spring of their lives!

"I'm excited that it's premiering in Madrid; old age isn't limited to any one part of the world, is it? It's universal, and when two ladies in walkers, one of them toothless, have an infectious zest for life, well, this joy should be shared with the world, I think!

"A director's vision is only as good as the team she has and I've been fortunate to have like-minded, wonderful people join me on this journey," she added.

Mandloi, meanwhile, said of her maiden film production, "Aunty Sudha Aunty Radha came together in the most effortless manner for me from the day I decided to back Tanuja's passion project. Meeting her aunts in their environment was all I needed to know that I had stumbled upon a gem.

"The beauty of this documentary lies in the warm, cheerful and utterly delightful personalities of Aunty Sudha and Aunty Radha. I'm happy that it will begin its journey from Madrid, the land of art, architecture and music, and represent India amidst an international array of films."

The Madrid International Film Festival is being held in the Spanish capital from 9–17 August.