Rani Mukerji’s Mardaani 2 to be released on 13 December


The film will see the launch of a new face as the villain.

The Rani Mukerji-starrer Mardaani 2 will be released on 13 December. The announcement has just been made by Yash Raj Films, producers of the franchise. The film marks the directorial debut of Gopi Puthran, writer of the first film Mardaani (2014), which was helmed by Pradeep Sarkar.

The makers have also released a new still from the movie. It has Mukerji dressed in a cop uniform, standing inside her office with a determined expression. She will carry forward her character Shivani Shivaji Roy from the first movie.

Mardaani dealt with the subject of sex trafficking. The film saw Rani Mukerji pitted against the bad guy played by Tahir Raj Bhasin. 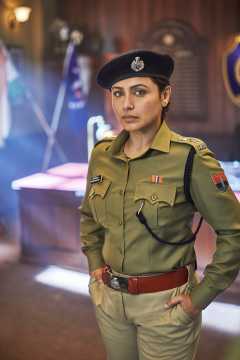 Throwing light on the subject of the second film and its antagonist, an official statement from YRF said, “In Mardaani 2, Rani will be seen pitted against a 21-year-old menacing villain who can be called pure evil. There is a lot of anticipation on who her villain will be and the crime that Rani will try to solve in the sequel. One thing is for certain, Aditya Chopra is set to launch a new face as the antagonist.”

Produced by Aditya Chopra for YRF, Mardaani 2 has been shot in Jaipur and other parts of Rajasthan.