Vikram to sport 25 different looks in his next film?


The project, produced 7 Screen Studio in association with Viacom 18 Studios, will go on the floors from August and the makers plan to release it in April 2020.

The makers had recently released the first look poster and it featured Vikram in different avatars. In the film, Vikram will be seen playing a photographer.

According to a report by CinemaExpress.com, Vikram will actually be seen sporting 25 looks in the film.  If these reports are true, then Vikram will be first actor in the world to set a world record for donning 25 looks in a film.

Vikram is not new to donning different avatars. In Shankar’s Anniyan (2005), he was seen playing three diverse characters with different looks. In Iru Mugan (2016), Vikram played a transgender and his look in the film earned a lot of praise. 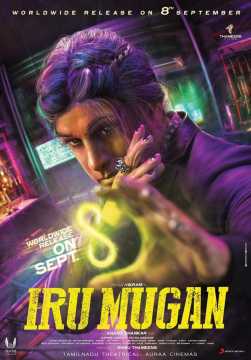 The project, produced 7 Screen Studio in association with Viacom 18 Studios, will go on the floors from August and the makers plan to release it in April 2020.

“This film will be a pan-Indian project catering to the Tamil, Hindi and Telugu audience. It will be produced on a massive scale in association with Viacom 18 Motion Pictures. The cast and technicians will have big names of all industries collaborating for this film,” read a statement from the makers.

In a recent chat with the newspaper Times of India, director Ajay Gnanamuthu said: “The only thing I can divulge right now is that Vikram’s role will be a challenging one. Of course, he has always taken up challenging roles, but I think this one will be better than all of those.”

Couple of weeks ago, the makers announced via a special poster that AR Rahman has been roped in to compose music for the film.