Ritika Shrotri will play the female lead in the film to be directed by Milind Zumber Kavde.

Actor Prathamesh Parab will next be seen in director Milind Zumber Kavde’s Takatak. He is paired opposite Ritika Shrotri in the movie produced by Purple Bull Entertainment, V Patke Films and Gaonwala Creations.

The makers announced the film with a title poster. The artwork uses hearts, giving a hint that romance could have a major role to play in the film. The title — Takatak — gives an indication that the film could be humorous or light-hearted in nature. 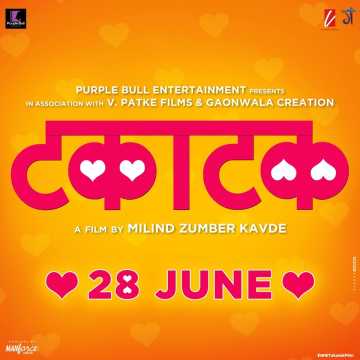 Shrotri has played character roles in films like Slam Book (2015) and Boyz (2017). Her last appearance was as Madhuri Dixit’s daughter in Bucket List (2018).

Takatak will be released on 28 June.