In a candid chat with us, director Roy shares his entire journey of making the film and elaborates on the team work that was put in.

Sudipto Roy’s debut independent film Kia and Cosmos tells a sensitive story of an autistic girl and also unravels several layers of her own magical world, the dynamics of her relationships with her closed ones.
Featuring Ritwika Pal, Swastika Mukherjee and Joy Sengupta in the lead, the film is already earning rave reviews from audience and critics alike.

In a candid chat with Cinestaan.com, director Sudipto Roy shared his entire journey of making the film and elaborates on the team work that was put in.

When did you develop the script of Kia and Cosmos?

I used to do a class on scriptwriting with Sunetra Ghatak in 2012 when we were given an exercise on adaptations and I chose Mark Haddon’s The Curious Incident of the Dog in the Night-Time for the exercise. So I first wrote the script then, following the narrative to the T. In that book, a dog dies and a boy suffers from autism. He lives with his father and his mother has left them. The teenage boy starts investigating the murder of the dog and comes to know about his mother’s departure. Then he goes in search of his mother from London to Sweden.

After that, I improvised the script many times and then I decided to write it in the Indian context by flipping the genders and turning the dog into a cat. Also, I introduced a few characters and subplots. In 2016, I developed the ninth and final draft of the script.

Why did you decide to flip all the genders?

I feel that teenage is a very complex phase of life. A lot of conflicts happen in that particular age. It occurred to me that the conflicts get even more complicated and layered if we think of them in terms of a girl. It becomes more relevant and interesting as well. I see girls of that particular age facing a lot of troubles in various spheres of life.
First of all, stories on teenage are rarely being told these days. I feel the issues of teenagers become more interesting and challenging from a girl’s perspective.

What was the need to introduce new characters and subplots?

There is a tradition of going to school in rickshaws in Kolkata. So it is quite natural to be friends with a rickshawwala. Also, it is always a delightful experience to roam around in an rickshaw in Kolkata. It is the slowest mode of transport, but it also takes you to closer destinations. I feel a rickshaw is the best vehicle to explore the beauty of the city. The thought of introducing the character of the rickshawwala came from the idea. We also wanted to present the issue of class division by depicting a friendship between a girl from a middle class family and a rickshawwala. We wanted to see whether it is possible or not.

Was it during the process of writing the script that you incorporated the various nuances and magical elements in Kia’s world?

Yes, these are part of my script from the beginning. I perceived Kia as a teenage girl, who has her own world and her perspective towards human beings is different as well. Colours, numbers, patterns have different meanings for her. She has different responses to people’s apparently normal behaviours.

For example, Kia doesn’t understand why people honk so much, why in a temple there has to be loud ringing of bells or why is an instrument played so loudly? On the other hand, she likes the sound of the Azaan and church bells because those sounds are probably more soothing to her ears. I incorporated all these intricacies while writing the script. 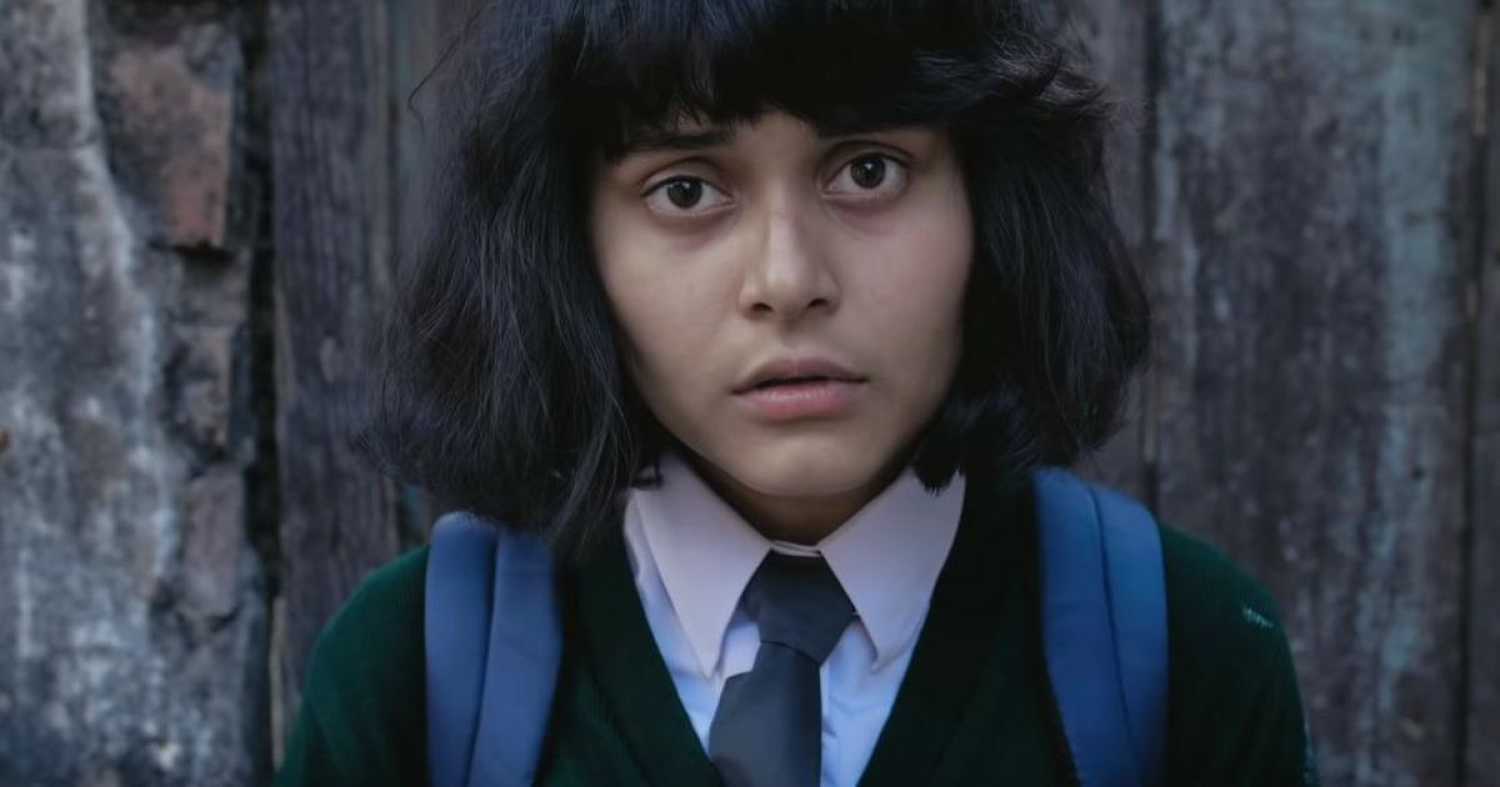 How did you conceive the complex relationship between the mother and the daughter?

See, we generally don’t see bad mothers in films and also, the concept of a bad mother is almost non-existent in Indian cinema. Also, I feel characters with grey shades have a lot of importance and relevance because they present the reality as it is.

A single mother is bringing up her child on her own, she is not always being able to manage the workload in her office, her husband has left her; she is both sexually and mentally deprived of love and hence, she can also have a special friend and it is quite natural that her daughter might not like the association.

At the same time, she has to deal with societal tensions, she can hear people saying that her daughter is abnormal — all these creates an impact on her that sometimes pushes her to be a bit authoritative toward her daughter. Meanwhile, her daughter Kia is also growing up and being acquainted with a lot of new ideas. She wants to know about sex, she asks whether good friends have sex or not, things are quite black and white for her that way.

How did you opt for crowdfunding in the process of making the film?

Initially, we had a financier, who backed out after a certain point of time. We had shot the sequences in Kalimpong by then and had done the pre-production as well. Then we approached people to come forward and help us. With the money of crow-funding we could shoot 10 to 15 minutes of the footage of the film. Then Prachi Kanodia came to know about the film through the crowdfunding process and AVA Film Productions Pvt Ltd supported the film and took the film to Cannes and we also did the post-production in Mumbai. Initially, it was quite challenging, but then everyone started believing in the story. We could make the film because of them and I hope the film is also conveying the combined effort as well.

You stated in an interview that the entire team was staying together for a long time. Did that help all the departments of the film to work in sync? 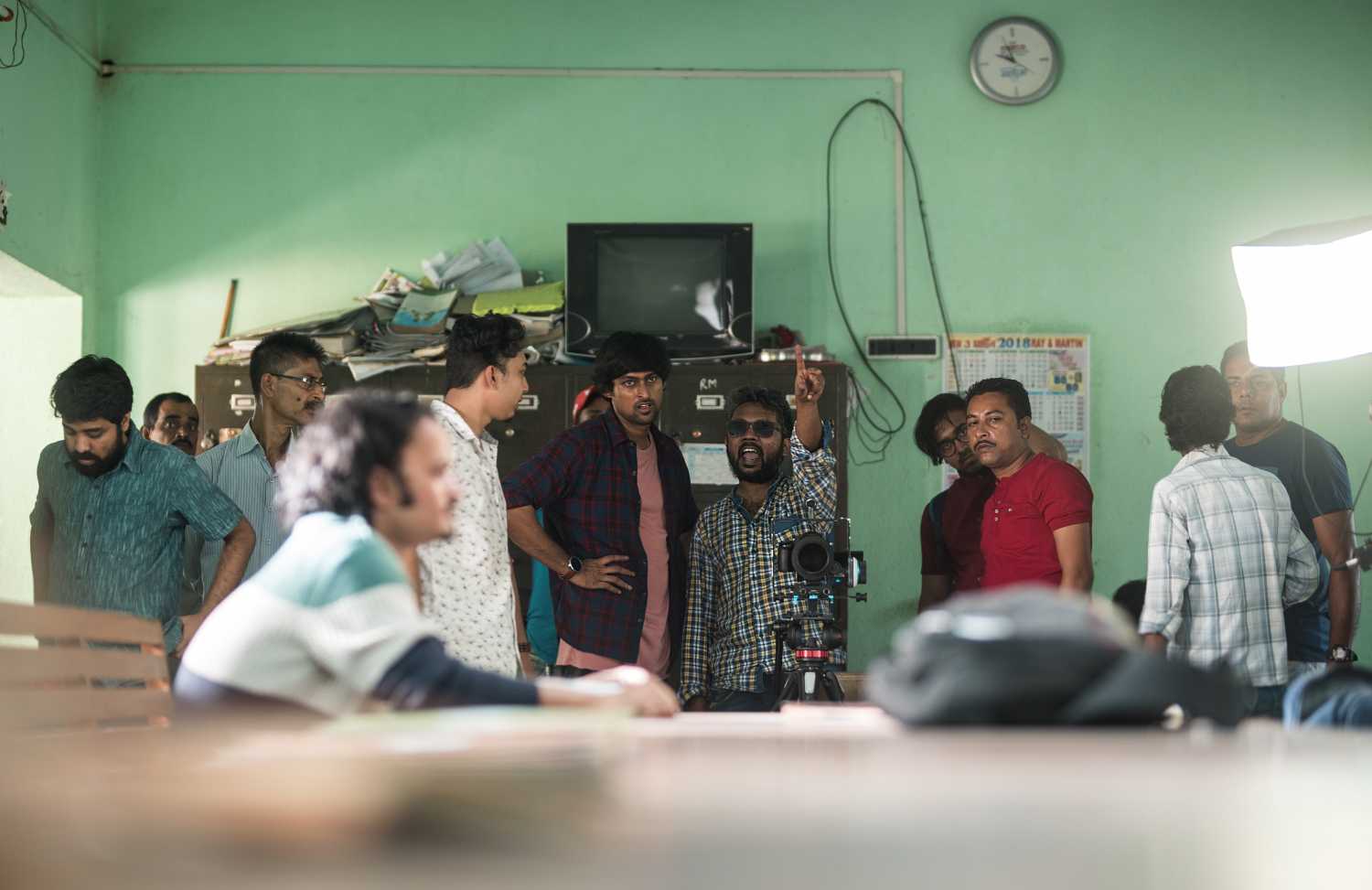 Yes, the core team was staying together in a house and we were doing the pre-production and all the workshops were also conducted there. We operated the shot divisions, designing, social media promotions and made all the necessary changes in the script there itself.

The house in which we shot the film was a dilapidated one. We renovated the house completely, in terms of art direction. You must have seen a scene in which Kia comes out at the street from the house in the evening and speaks to Rabi (Sraman Chatterjee). All the plants and lights that can be seen in the scene were curated by our team. The most important aspect of the teamwork was the fun that we had during the process — that is why I always emphasize that the film is made by Sudipto Roy and team.

Every department had different sets of scripts. There were separate scripts for sound notes and shot divisions. Neel (Adhikari) joined late during the post-production, but he was the most happening addition to my team. His music is incredible. When I first showed him the film it became quite clear to him that it is Kia’s journey and hence, he suggested to create a magical world through the background score with ukulele, which also has an important significance in the film. Also, I must tell you that the entire film was shot with sync sound and there was no dubbing.

Did you decide on the cast from the very beginning?

Ritwika (Pal) was the first person to know about the film. I gave her the book and I told her if I ever make a film on it, I would cast her. It was a joke at that point of time. After she read the book, we used to have discussions on it and it became very evident that only she could play Kia. Joy Da (Sengupta) came on board at a later stage. I narrated him the story while attending a film festival and he instantly said yes. Swastika became a part of the film in December 2017. I contacted her by coincidence. She read the script and said yes instantly as well. Sraman and Zaheed both were auditioned.

What kind of workshops did Ritwika have to go through for her role?

Everyone had their own share of workshops. Ritwika had the longest one for five-six months. She had sessions with various autism schools and practised her body language with Anisha Mandal, my associate director. With Swastika and Ritwika, we had a number of discussions and reading sessions as together they have most of the scenes. Swastika was very cooperative throughout the journey.

How has Swastika Mukerjee’s participation helped in the promotion of the film? 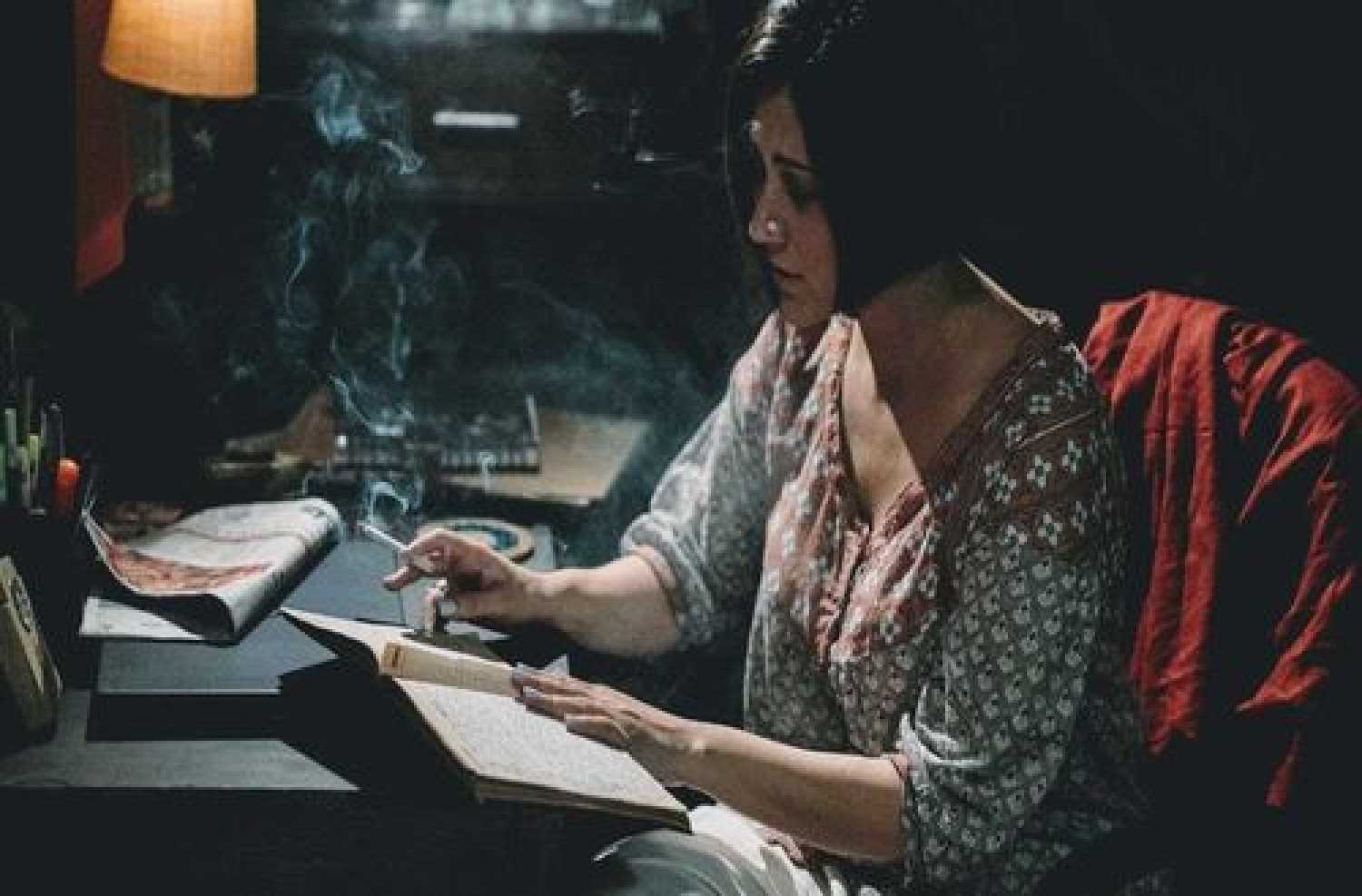 She has taken the film on a different level. She is talented, spontaneous and dedicated as well and that way she brings a lot of things to the table. It was a beautiful addition and I am glad that she helped me throughout.

What kind of feedback are you getting?

As of now feedback is positive only. People do have a notion that the film is a bit lengthy, but I would take this as a positive criticism and I generally revert to them by saying that this is a topic that needs a little bit of time. Not only because we are telling a story of an autistic girl, but the character herself sees the world in a very observant way and she would look at things with more time than the so-called normal people do. All those seconds in Kia’s world add to the entire timeline. I could have made the film 10 minutes shorter, but those 10 minutes are not hurting anybody’s personal space or time. Giving 15 minutes from one’s time to such a sensitive topic and a character that is coming of age is worthy, I believe.