At the trailer launch of NGK on Monday (29 April) night, actor Suriya openly made a request to filmmaker K Selvaraghavan about collaborating once again.

Speaking on the occasion, Suriya said: “Selva and I first met in 2002 and I remember telling him I want to work with him. It took us such a long time to collaborate but the wait has been worth it. I fell in love with Selva’s craft all over again in NGK, and I use this opportunity to request him to work with me again.”

The film’s trailer indicates that Selvaraghavan has taken a deep dive into the murky world of politics.

“It’s Selva’s take on politics and it has much more to offer. I fell in love with cinema more after working with Selva. Each day on the sets of NGK, I was able to learn and unlearn even after 20 years of acting. Each day was a bundle of surprises,” he said. 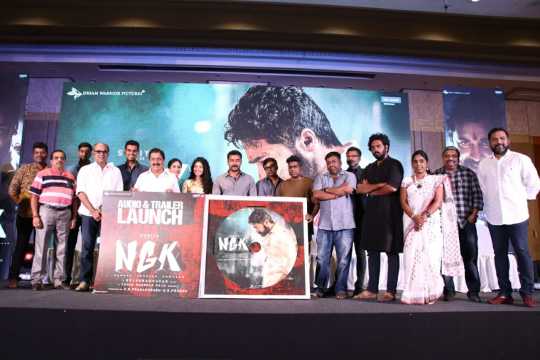 NGK, which is gearing up for release on 31 May, was supposed to hit the screens last Diwali.

“The time that we spent on the project has been well justified. Some of the delays were unavoidable and it includes the industry strike and both Selva and I falling ill for few weeks. We had to take breaks from shoot. However, we made the most of every day we shot for this project,” Suriya added.

Produced by Dream Warrior Pictures, the film has music by Yuvan Shankar Raja