On his 10th death anniversary today (27 April), we look back at Khan's fiery performance in the Yash Chopra film starring Dharmendra and Saira Banu.

Yash Chopra’s Aadmi Aur Insaan turns 50 this August. The film, directed under the BR Films banner, featured Dharmendra and Feroz Khan as best friends who have a terrible falling out. The drama was the only time the filmmaker worked with either of the two male leads.

Khan, who made his screen debut with Didi (1959), often played the second lead, sometimes with shades of grey. But with his performance in Aadmi Aur Insaan (1969), he finally got recognition for his work. The actor won the Filmfare award for Best Supporting Actor; he was also nominated for his work in Asit Sen's Safar (1970) in the same category that year.

Chopra’s film explored a friendship gone sour. Khan is Jai Kishan (JK), a rich industrialist, who sends his friend Munish (Dharmendra) abroad to study. When he returns, he hires Munish to be an engineer at a dam project he is overseeing.

What the conscientious Munish doesn’t know is that JK has been using poor materials for the projects, bridges and roads he makes, padding up the invoices and eating up the profits. One day, when a dam wall collapses, JK and Munish have a big fallout. 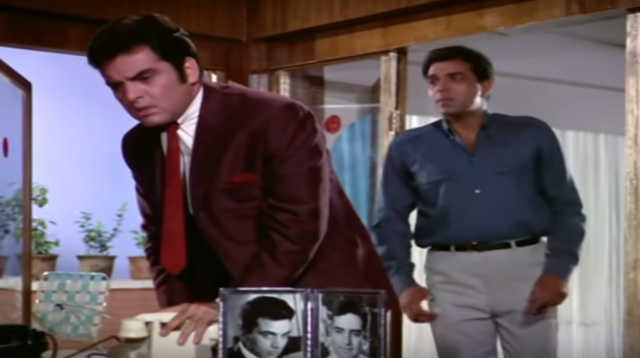 Their breakup is also due to the fact that the pretty Meena Khanna (Saira Banu) has fallen for Munish instead of JK. Unable to bear his loss, JK decides to mete out revenge on his dearest friend, now turned foe.

JK breaks off the engagement between Munish’s sister Renu and his brother Kuki, and makes sure Munish has a hard time finding another job elsewhere. Munish takes it in his stride, citing the various favours JK has done for him over the years, and, eventually, lands a job in the government.

When a railway bridge collapses and an inquiry is called up, Munish heads the investigation and finds himself in a position to make JK pay. How do the former friends reconcile?

Khan was not the first choice for the role of JK. The role was previously offered to Raaj Kumar who had some objections to a few of the scenes with Dharmendra. Khan, who could tread the line between black and white in a character, was an easier fit for the role.

In the first half of the film, Khan is the best friend basking in the success of his pal Munish. But once Meena rejects his suit, he grows petty and revengeful. But as he sees his friend suffer, he eventually comes to accept his sins and admit them publicly in a court of law. Khan is especially fiery in his contrition speech. 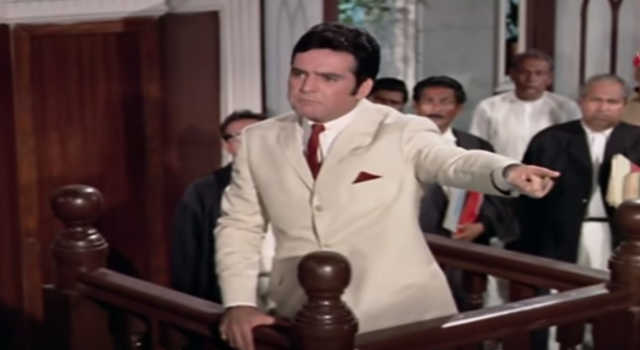 Incidentally, Chopra faced some delays during the shooting for this film and was able to complete the songless drama, Ittefaq (1969), starring Rajesh Khanna and Nanda, in between the making of this film.

Following his success in Aadmi Aur Insaan, Safar (1970) and Mela (1971), Khan turned filmmaker himself with Apradh (1972). He followed it up Dharmatma (1975), which was one of the first films to be shot in Afghanistan.

Many know Khan’s work more as filmmaker due to films like Qurbani (1980), Janbaaz (1986) and Dayavan (1988), and according to author Ashok Raj, "Khan's talent as a hero remained largely underutilized".