After joining Congress, Ameesha Patel will act in a movie about demonetization

After last year’s Bhaiaji Superhit, actress Ameesha Patel will now be seen in a film titled The Great Indian Casino. She will be playing a woman who overpowers four crooks played by Rajesh Sharma, Asif Basra, Pankaj Beri and Deepraj Rana.

But more importantly, the film will take a critical stand against demonetization, a financial move implemented by the government of India under the leadership of prime minister Narendra Modi in 2016.

An official statement shared by the makers said, “The story of the movie revolves around four crooks who use Indian ‘jugaad’ to tackle the ‘Notebandi’ in the Ameesha Patel-starrer crime drama. The movie is also dedicated to the ‘unknown number of people who died and five million people who lost job’ after demonetization [sic].” 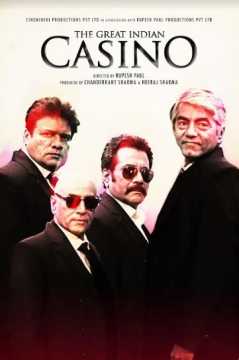 Interestingly, The Great Indian Casino is directed by Rupesh Paul, who has also helmed My Name Is RaGa, the biopic on Congress party president Rahul Gandhi. The film is stuck as the model code of conduct is in place for the ongoing general elections in India.

“After my movie My Name Is RaGa and other political biopics were stalled as a part of model code of conduct, the industry was scared to touch anything political. Though The Great Indian Casino is not a political movie, it will show you how scammers do their job beautifully,” said Paul in an official statement.

Doing a movie that takes a critical stand on demonetization doesn’t come as a surprise for Patel as she recently joined the Congress party. As an opposition party, Congress has criticized the demonetization move ever since it was implemented.