An actor's actor, Manoj Bajpayee has been pushing the envelope since his breakout role in Satya (1998). On his 50th birthday today, we look at 10 roles that define his craft, work ethic and talent.

Speaking to Cinestaan.com last year, Manoj Bajpayee had said, "It’s always the script you choose and if the script is really good, then you look for the character."

That sentence sums up Manoj Bajpayee's approach to his work and explains why, from Satya (1998) to Special 26 (2013) and, more recently, Sonchiriya (2019), the actor from Bihar has won over audiences and critics alike with his work ethic, attention to detail, and craft.

It was his breakout role as gangster Bhiku Mhatre in Ram Gopal Varma's defining Satya (1998) that first grabbed the attention of critics and fans. While it was JD Chakravarthi's Satya who was the film's leading man, Bajpayee's performance as Mhatre was so powerful that he overshadowed everyone else.

From Nawazuddin Siddiqui to Rajkummar Rao, the rise of 'actors' rather than 'heroes' in the new millennium can be attributed in no small measure to Bajpayee. The actor's own rise during the late 1990s was an aberration in an industry that had the three Khans ruling it.

Over the years, Manoj Bajpayee has chosen to blend into multiple characters that are as colourful and impactful as his work. As the gifted and hardworking actor turns 50 (he was born in a small village in West Champaran district of Bihar on 23 April 1969), we chalk out 10 of the finest roles from his filmography.

While it was Daud (1997) that brought Manoj Bajpayee to the attention of Ram Gopal Varma, it was Satya with which the actor caught the attention of the film industry as a whole. His performance as the mercurial Bhiku Mhatre was filled with a sense of power and wound-up tension that seems impossible to replicate.

The actor won the National award for Best Supporting Actor and the Filmfare Critics award for Best Actor for the film. His turn as Bhiku Mhatre remains one of his best performances.

Manoj Bajpayee's partnership with Ram Gopal Varma was quite formidable during this period. Shool, produced by Varma and directed by E Niwas, saw Bajpayee take on the role of an incorruptible policeman battling a corrupt political system. His bottled fury in some scenes explains why the actor is at his expressive best with minimal lines.

Bajpayee walked away with another Filmfare Critics' award for Best Actor for his performance in Shool.

Another wonderful piece of work during this period was Kaun?, a fantastic thriller in which Bajpayee played the red herring to Urmila Matondkar's character. Bajpayee's performance as the creepy, neurotic salesman who looks every bit a sadistic killer was one of the key reasons why the audience could not deduce the truth about Matondkar's character.

Kaun? might seem a little dated today, but the film continues to be a darkly comical and sharp thriller.

Based on the novel of the same name by Amrita Pritam, Chandra Prakash Dwivedi's Pinjar was a searing tale of human relationships affected by the cataclysmic Partition of India. Playing the angry Muslim man who abducts a hapless woman for vengeance, Bajpayee captured a conflicted character brilliantly.

The film won the National award for Best Film on National Integration, though Bajpayee himself lost out on critical acclaim.

The actor's nuanced performance as a man torn between love and hate is one to watch. It raises the bar of a film whose story remains one of the most popular works of Amrita Pritam.

If there was one actor who could have played the role of Sardar Khan in this Anurag Kashyap epic, it was Manoj Bajpayee. The actor's charisma, style and irreverence for the camera are what separate Sardar Khan from the host of colourful characters that abound in the two-part film.

From his punchlines to the menace in his eyes, Bajpayee's performance remains iconic in a cult classic that only grows in popularity with every passing year. Sadly, however, he missed out on the trophies in awards season. But that has only cemented the value of the performance in the eyes of critics and ardent fans.

Based on the Chittagong Uprising of 1930, Bedabrata Pain's debut feature was a fantastic take on the forgotten rebellion. It was led by a cast that included Nawazuddin Siddiqui, Rajkummar Rao and Jaideep Ahlawat. Above all, it had Manoj Bajpayee as the idealistic, no-nonsense Surya Sen.

Playing the man who inspired and led a group of youngsters to battle the British empire with nothing but brains and guts, Bajpayee was exceptional. He underplayed the character just enough to underline the heroism in an ordinary school teacher.

Though a highly underrated film, Chittagong remains a fine example of a well-made historical film in recent times.

It is not that mainstream commercial films do not suit Manoj Bajpayee's temperament. The actor uses his minimalistic style of acting just as impressively in a commercial enterprise. In Neeraj Pandey's intelligently crafted criminal caper Special 26, Bajpayee played the man on the hunt of impostors looting black money. As the only honest man going about his job sincerely in the midst of crooks, Bajpayee's was a fascinating contrast to Akshay Kumar and Anupam Kher's style.

While it might be a lightweight in comparison to Bajpayee's roles in Gangs Of Wasseypur or Pinjar, this performance has its own fans, including meme makers.

It takes immense dedication to craft and a high level of integrity to choose to do a film like Hansal Mehta's Aligarh. Based on the tragic life of the late professor Ramchandra Siras, the film tackled the need for understanding, the battle for human rights, and the slow breakdown of a sensitive soul.

Manoj Bajpayee captured the fear, pathos and exemplary nature of the professor throughout the film. Aligarh was one of the rare occasions when a Hindi film portrayed an LGBT (lesbian, gay, bisexual or transgender) character without discriminatory stereotypes.

The film won for Bajpayee a Filmfare Critics award for Best Actor, and also deserved praise for his choice of the role. 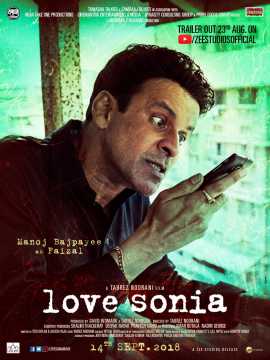 It is one thing to play a character the audience can empathize with, but to play someone despicable and hated is an art. In Tabrez Noorani's Love Sonia, Bajpayee played Faizal, the lecherous, vicious pimp who will do anything to profit from his victims.

The actor's viciousness was something that stood out in an otherwise average film. This range of emotions is why Bajpayee remains one of the most talented artistes in the Hindi film industry.

While the film was a hit and miss venture, Bajpayee certainly deserved praise for his performance.

The most recent example of Bajpayee's class is his performance in Abhishek Chaubey's Sonchiriya. A fantastic, underrated film, it had an ensemble cast that included Ranvir Shorey, Sushant Singh Rajput, Ashutosh Rana and Bhumi Pednekar. And it had Bajpayee playing Man Singh, a character he had essayed a quarter century ago in Shekhar Kapur's Bandit Queen (1994), doing so to great effect.

As the wizened dacoit who was once dreaded, Bajpayee brought a sense of self-examination to a drama driven by questions of identity, actions and karma. The film might have failed at the box office, thanks partly to its producer's battle with multiplex chains, but it was a reminder why directors often turn to Bajpayee when they are looking for someone to play their toughest characters.