Rinku Rajguru on Kaagar: I don’t like films where the hero rescues the heroine


In an exclusive interview, Rajguru speaks about her reason for choosing this film from the many offers she got and recalls the sudden stardom she achieved after Sairat.

There are tonnes of people who struggle to achieve stardom despite numerous attempts. Then there is Rinku Rajguru, a girl hailing from a village and having no connection with the film industry, who becomes a star as soon as her debut film Sairat (2016) is released. Directed by Nagraj Manjule and also starring Akash Thosar, the film went on to become a historic hit.

After such enormous success, people have been waiting for Rajguru's next. The wait is finally over after three years as director Makarand Mane’s Kaagar is set for release on 26 April. The film sees Rinku Rajguru play a village woman who is compelled to enter the murky world of politics at a young age.

In an exclusive conversation with Cinestaan.com, Rajguru spoke about her reason for choosing this film from the many offers she got and recalled the sudden stardom she achieved after Sairat. Excerpts:

You must have been offered a lot of films after the astounding success of Sairat. Out of all those films, what was the reason for choosing Kaagar?

I was eager to return with a good subject in front of the audience. I wanted to do something that will also give a message. I saw all of this in Kaagar. I was offered a lot of films in these three years. Many of them were like Sairat. But I didn’t want to do Archi again and didn’t want to do the same type of film again. Kaagar has entertainment, a love story and it also deals with social and political issues, farmers’ plight.

What exactly is your character in the film?

My character is very good. She is named Rani. She is deeply in love with Yuvraj. She helps him in his work also. She is very loving and helpful. She is confident and a go-getter. She believes in thinking properly before taking a decision. 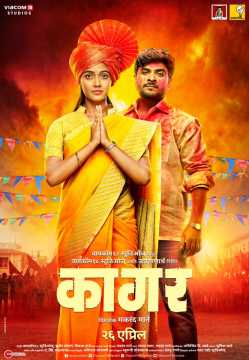 She has been born and brought up in a village. In villages, the life of girls is confined to the four walls. There are restrictions. They aren’t freely allowed to go out. But she is compelled to take a decision to move out of the house in order to fulfil the dreams of young girls.

You play a very young politician in the film. How much do you take interest in politics in real life?

Actually I still don’t have the right to vote (laughs). I observe things, but not closely. I just see who is fighting elections and that’s it. But while I was doing the film I got to know and understand a lot of things.

I didn’t follow anyone. I just created the vision of the character of Rani, the leader of women. I just followed things like specific behaviour, manner of speaking, firmness, confidence, manner of sitting, etc.

Makarand Mane is known for his fine skills, especially in Ringan: The Quest (2017). What do you think of him after working with him?

I liked working with him a lot. We are from the same village. He is so good in his work. His directorial skills are excellent. He gives advice from time to time. We get to learn a lot from him. I enjoyed working with him. 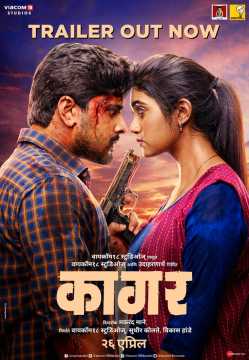 You became an overnight star as soon as Sairat was released. How did you and your family deal with such sudden stardom?

I felt very happy. When my parents were watching the film, they were crying. Any mom and dad would feel this way. Like such a young girl hailing from a village who hasn’t seen the world is suddenly being recognized everywhere. Even today I feel happy when people meet me with love and appreciate me, chat with me. I feel very good to keep meeting new people all the time.

I remember news channels used to display your tenth standard marksheet on the screen when your result was out. Didn’t you think this was too much?

I don’t think about all this. I feel my personal things are not personal any more. Apart from showing my marksheet, journalists used to turn up at my centre during my exams and insist on a byte. But I guess that is a different kind of love from them. So, I am just enjoying it. Sometimes I also watch it as an audience thinking oh, so today it’s Rinku Rajguru’s result (laughs).

As you are a known face, people would be going for Kaagar because of your presence. How much are you thinking about the box office?

I am not thinking about that. I am seriously not. Box office is important but the director and producer will think about that. I just feel that we have worked hard day and night for this film. We have done a lot to give a good message to the people. So, I feel whatever we have tried to say should reach the people and they should appreciate our hard work.

Have you ever thought of the kind of roles you would like to do in the future? Like moving away from village girl roles...

People will get to see me in different roles too. I will keep doing them. If the subject is impressive, I will be happy to do even a small role in it. And I really like female-orientated subjects because normally only the hero is shown fighting, the heroine cries and he comes to rescue her. I don’t like this.

Have you signed any other film?

People will get to know about it in two or three months.