Raj Kapoor’s second film as filmmaker had a much better outing than his first, Aag (1948). While Aag was Kapoor’s way of establishing his voice as a director, Barsaat (1948) featured many of the key components that made the RK Films banner famous.

Barsaat is the story of two couples, Pran (Kapoor) and Reshma (Nargis), Gopal (Prem Nath) and Neela (Nimmi, in her big screen debut). Reshma and Neela are local Kashmiri girls and Pran and Gopal are from the city. The romances between the two pairs dials in everything from hope to despair, and from a grand love story to lifelong heartbreak.

Like most of the films that emerged from the new nation after 1947, these were social films that pointed out the ideals of a hopeful India — in areas of romance, class and family. According to the book Mourning The Nation by Bhaskar Sarkar: “The so-called social film followed the reform-minded literary tradition whose roots can be traced back to the articulation of the social reforms in India by Raja Rammohan Roy in the early nineteenth century. Roy represented an educated elite class that aspired to be the conscience and vanguard of a nascent national collectively.”

70 years of Aag: The film that launched RK Films

The film, written by Ramanand Sagar, had everything going for it. Sagar had arrived in Mumbai (then Bombay) only two years earlier and written a Hindi novel titled Aur Insaan Mar Gaya in 1948 on the events of the Partition. The future filmmaker made a name for himself with the hit screenplay for Kapoor. It was the first time he was working with ambitious actor-filmmaker. 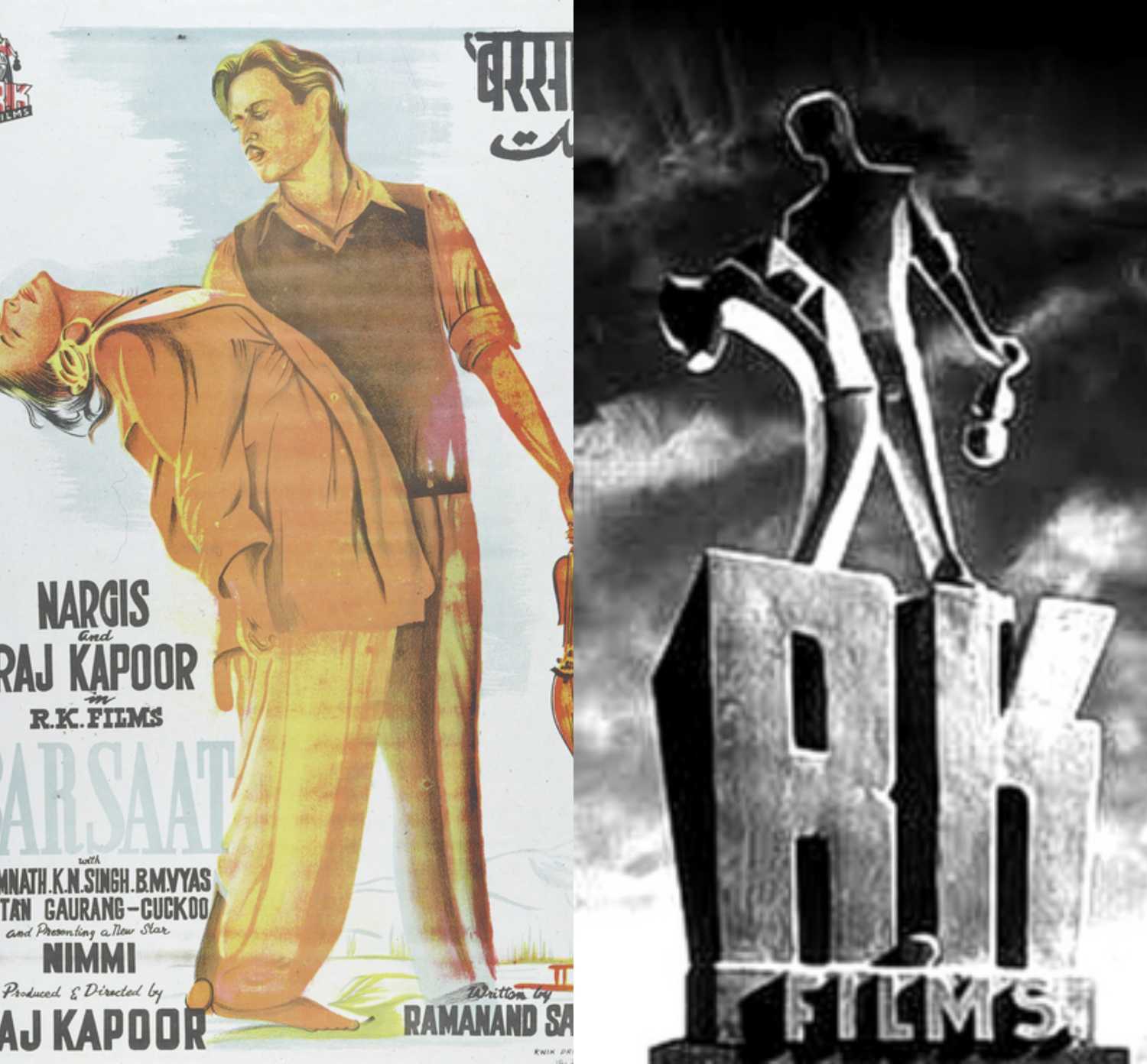 The passionate love story between Pran and Reshma and their romantic reunion onscreen, became the famous logo of the RK Films' banner. The filmmaker himself explained the story behind the emblem, in the book, Raj Kapoor: The One and Only Showman: “That [Barsaat] still beautiful: a man is playing the violin and a woman falls into his arms. He holds the violin in one arm and the woman in the other, both so gracefully, that I thought here is something that could represent creation in totality, and so I made it the emblem of RK Films.”

Interestingly, though the film is shot in Kashmir, a few of the Raj-Nargis portions had to be filmed in Mahableshwar as Nargis’s mother Jaddanbai refused to let her go to Kashmir. Even in the film, the couple faced tough parental opposition to their love.

Another strong point of the film was the debut musical score by the composer duo Shankar-Jaikishan. The composers, who had worked at Prithvi Theatres, previously assisted Ram Ganguly who scored the music for Aag (1948). For his second film, the musically inclined Kapoor chose the assistants to helm the album.

It was a decision that paid off beautifully. All 11 songs of the film were memorable, from the lively ‘Hawa Mein Udta Jaye’ to the cabaret picturised on Cuckoo, ‘Patli Kamar Hai’. The latter was written by Shailendra who turned lyricist at Kapoor’s insistence. In fact, this was also Hasrat Jaipuri’s debut, who created songs like ‘Chhod Gaye Balam’ and ‘Barsaat Mein Humse Mile’ with Lata Mangeshkar’s vocals.

Together, the new foursome of Shankar-Jaikishan, Shailendra and Jaipuri would go on to create more classic soundtracks, including some for the RK banner with Awara (1951) and Shree 420 (1955). The composers chose Mangeshkar to sing the female portions for both Nargis and Nimmi.

Kapoor also launched Nimmi, a new face he discovered while he was working on Mehboob Khan’s Andaz (1949). The actress, who happened to be visiting the sets of the love triangle, went to act in other films like Deedar (1951), Aan (1952) and Kundan (1955).

This was the first time that Mangeshkar’s sang for a Kapoor film, while in later years the singer's voice became synonymous with a RK film. Mangeshkar had recently come to the notice of the audience who wanted to know the real name of the singer of the haunting tune ‘Aayega Aaanewala’ from Mahal (1949). With the musical success of Barsaat (1949), she established herself as the leading voice amongst the female singers.

Kapoor was inspired by the Western filmmakers especially Vittorio Di Sica and Frank Capra as he started out. “I was influenced by Orson Welles’s camerawork during Barsaat,” the showman said. In fact, he loved Gregg Toland’s cinematography so much in Citizen Kane (1941) that he asked VN Reddy to use wide-angle lens during his film. However, when Reddy objected, he was eventually replaced by Jal Mistry, who acquiesced to Kapoor’s wishes.

Kapoor would go on to influence generations of Indian filmmakers. Even in the 1990s, filmmakers like Aditya Chopra and Karan Johar have been admirers of Kapoor. In Chopra’s legendary romance Dilwale Dulhania Le Jayenge (1995), Kajol’s character Simran is drawn to a mustard field hearing the music played by Raj (Shah Rukh Khan), much like Reshma runs towards Pran, possessed by a song only they hear.