In the forthcoming Basu Paribaar, Chatterjee plays Pranabendu, a retired barrister and scion of an illustrious family who is married to former teacher Manjari, played by Sen.

Chatterjee, renowned internationally for his work with legendary filmmaker Satyajit Ray, expressed gratitude to Sen for her contribution to Bengali cinema and also stated that the industry is fortunate to have her working as an actress for so many years.

During the film's trailer launch on 19 March, Chatterjee, winner of France's highest civilian award, the Legion of Honour, said to Sen: “Your identity as a filmmaker is of utmost importance for you and for us as well.” He added that it is always an extra takeaway to see her working in any film, whether he is part of it or not. “She is still like the guiding lamp for Bengali cinema,” he stated.

Chatterjee plays Pranabendu, a retired barrister and scion of an illustrious family, in Basu Paribaar. Pranabendu is married to former teacher Manjari, played by Sen. On their 50th wedding anniversary, their children, nephews and nieces, gather in their royal palace for a celebration.

The film focuses on the dramatic developments of the day, bringing back memories of the past, giving rise to tensions among family members, and throwing up philosophical questions.

Basu Paribaar is an adaptation of James Joyce’s The Dead. According to Chatterjee, he had read the short story long before Ghosh approached him with the idea for the film. “I had forgotten the storyline of The Dead by then and hence Suman gave me the book again to read and I went through it with renewed enthusiasm,” remembered Chatterjee, on the beginning of his association with the director. 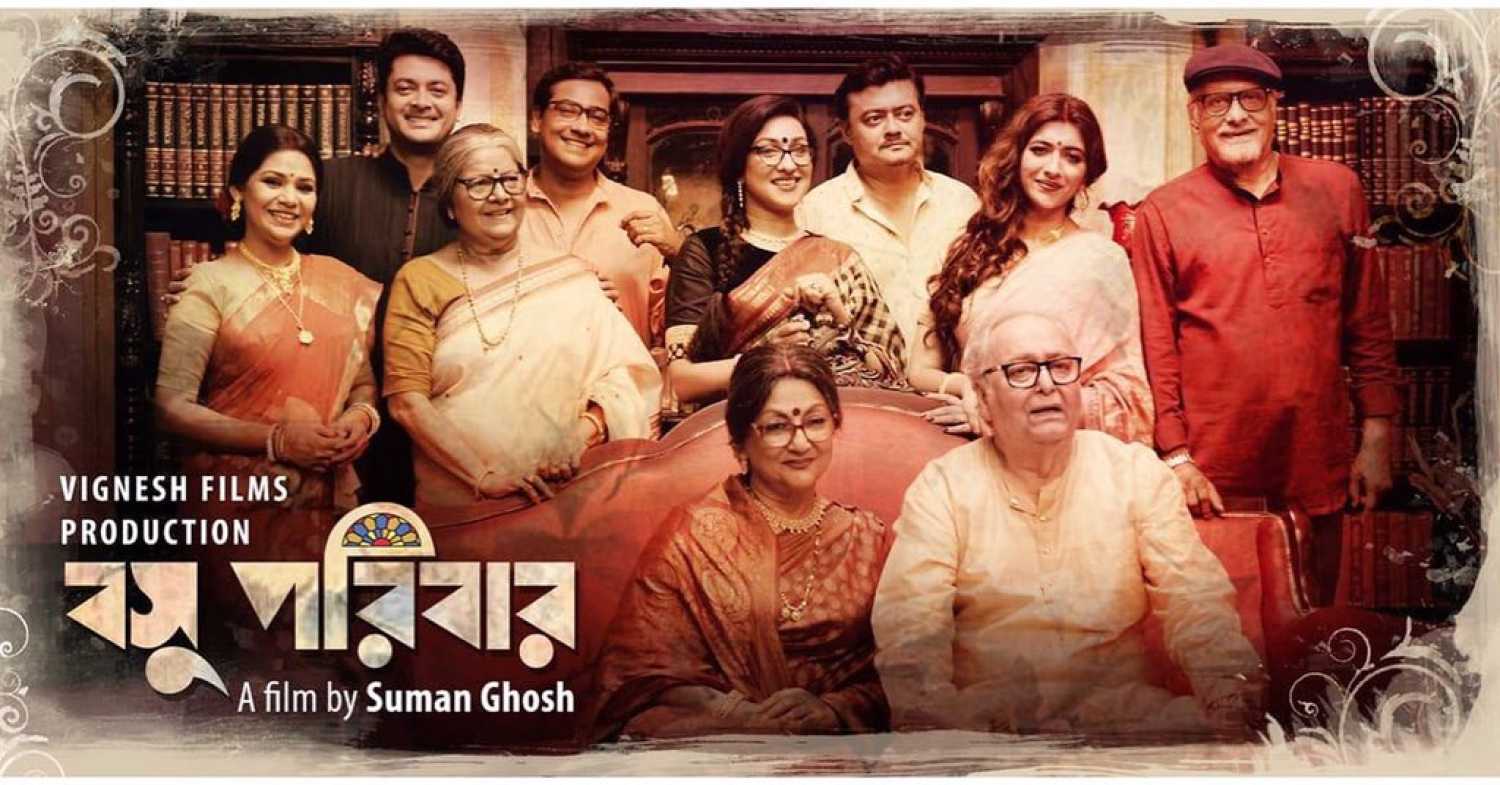 The actor reflected, “I am not biased, but I would like to say, in respect to the films of this generation, that films from the 1950s, 1960s and even 1970s used to be based on rich literature and therefore they used to have at least one strong point in them. I feel the same with Basu Paribaar as it is based on strong content.”

He also made it clear that films need not be totally dependent on literature for strong content, because a film script is also a kind of literature. “A good screenplay writer only wishes to recreate literature through films. It is quite a satisfaction to see that these kinds of films are being made these days,” said Chatterjee.

“It is true that [director] Suman [Ghosh] was initially a bit nervous about handling such a huge cast, but eventually it turned out to be one of the strengths of the film. At least it made the shooting process thoroughly enjoyable,” said Soumitra Chatterjee.

“After a long time, I went through such an enriching process while working in a film. We encouraged each other and made sure everyone worked in a comfortable atmosphere,” said the legend.

The actor also emphasized that it is always rewarding to work with Aparna Sen. “When a sensitive artiste acts, the conscious attention of his or her personality also reflects in his or her performance, which is quite rare. My expectation always increases whenever I work with Rina [Aparna Sen's nickname] or even when I watch her perform,” he said.

“We all know her first film [Teen Kanya (1961)] was with me. I have to appreciate her again for the way she could allow her potential to flourish under the direction of a world-renowned director even in her debut performance. It remains one of the greatest memories of artistic creation in my mind,” Chatterjee said.

However, the veteran actor said it is hard for him to tell whether he prefers Sen more as an artiste or a director. “I am not sure whether I know in which avatar I prefer to see Rina more," he admitted. "I would like to see her playing both the roles, but I cannot deny the fact that her artistic journey began as an actress and I cannot brush that aside. But at the same time, not all talented actors can turn into great directors, but she has.

“I have seen her in that process, when she got addicted to photography and when she used to explain all the different aspects of the technicalities of filmmaking to me. I already knew that that she was going to be a director. Her journey has definitely contributed to Bengali cinema, but it has also benefited me even when she did not cast me,” he joked.