We had to make the film entertaining despite its realistic content: Dev Adhikari on Kidnap


Dev, as he is popularly called in the industry, thanked Surinder Singh for producing the film that has been originally conceived by Raja Chanda and dialogue writer NK Salil.

Dev Adhikari will be playing the protagonist in Raja Chanda’s upcoming film Kidnap, alongside real-life girlfriend Rukmini Maitra, feels that the film is special because it has a realistic story.

Dev, as he is popularly called in the industry, thanked Surinder Singh for producing the film that has been originally conceived by Chanda and dialogue writer NK Salil. “I have had a long association with Surinder Uncle, I entered the industry through Surinder Films and SVF Films. We started with Mon Mane Na (2008) and have done so many films together, including Paglu (2011), Bolo Na Tumi Aamar (2010), Paglu 2 (2012).” He stated that recently he opted for different kind of films and now he is back to mainstream cinema.

The poster and teaser of Kidnap were launched on 12 April at AltAir Boutique Hotel in Kolkata. Kidnap is jointly produced by Surinder Films and Dev Entertainment Pvt Ltd. After long, the actor-turned-producer will be seen a typical 'masala film', a term given to the film by his real life girlfriend Maitra at the event. 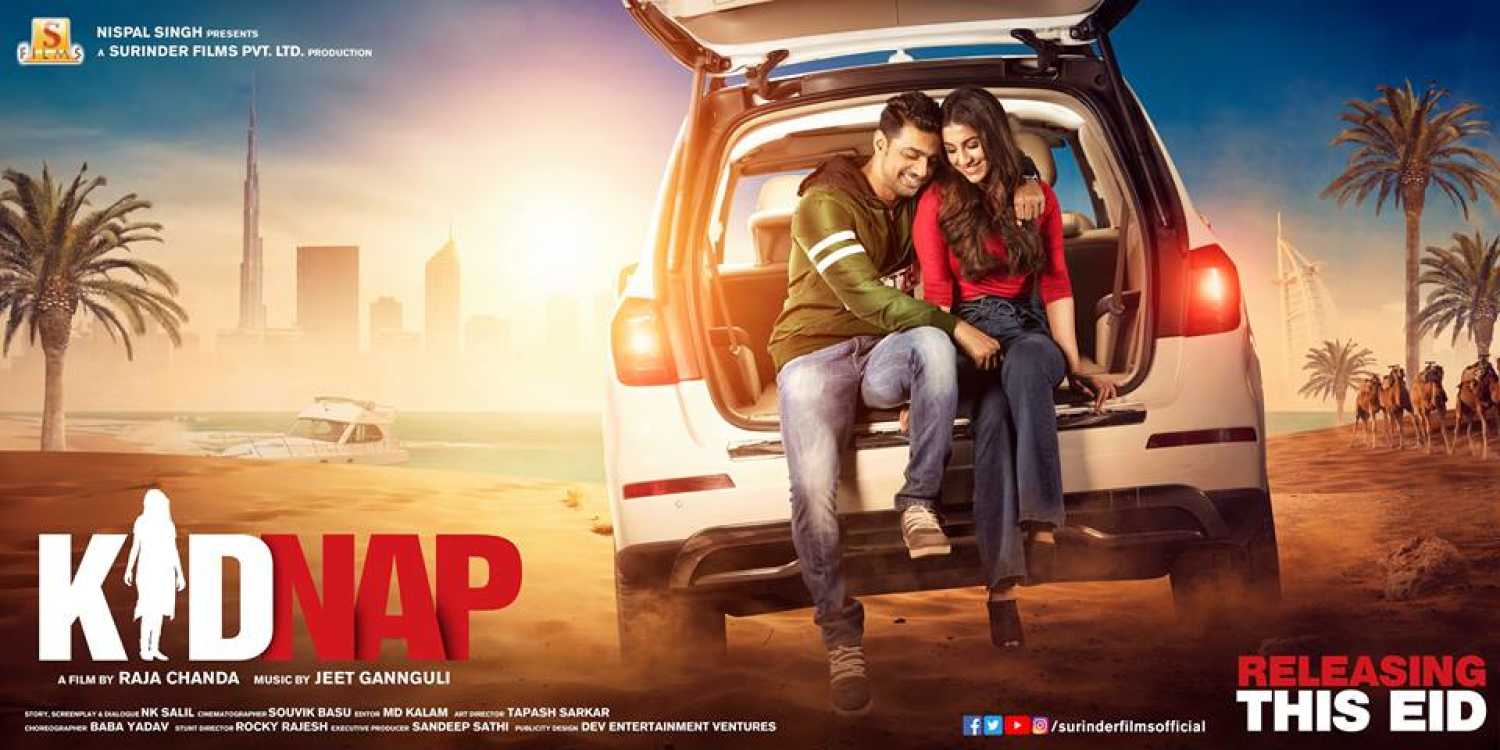 Dev said that he was planning to do a film with Surinder Films for one-and-a-half years. “I was getting various subjects, but I was not convinced as I did not want go back to what I was doing three-four years back. We wanted to come up with something fresh yet realistic because I feel these days people love to watch realistic films that are relatable,” added the actor, who last appeared in Hoichoi Unlimited and Kabir in 2018.

Kidnap is based on human trafficking. In the film, actor Chandan Sen plays an important role. His daughter goes missing and then he comes across the character of Dev, who is also coincidentally looking for his photojournalist girlfriend (Rukmini Maitra), who has been kidnapped, while investigating into a the trafficking racket.

Dev then elaborated how the idea of human trafficking struck him. “Whenever I was driving, I could see the charcoal painted sign of a missing girl and it was on my mind for a long time. Then I started doing research on this Missing Girl NGO and came to know so many real stories. Salil, too, came across such a story of a father, who lost his daughter and then pursued the chief minister and the administration for help and a huge survey followed. So, we took up these stories and created a collage out of them,” stated the actor.

He mentioned that there is a silk route of women trafficking across India, Bangladesh, Nepal and Thailand. “Our objective has been not to cause any harm to anyone and yet create a realistic story.”

The actor informed that while making the realistic film they also had to keep in mind the release date, which is Eid this year (5 June). “We could not ignore the festivity of the season as well and for the first time, Eid and Jamai Soshthi (a Bengali ritual for sons-in-law) will fall on the same date. Hence, we did not want to bore the audience as well.”

Dev feels that Salil’s name will be written in golden letters in the history of Bengali cinema because he remains one of the writers who has delivered the most number of blockbuster films. He also feels proud of cinematographer Souvik Basu and claimed that he has been banking his films on him as he has a bright future.

Dev declared that Sen’s act is undoubtedly the best of the lot. “I have knowing him for long and wanted to work with him. I think he not only did an amazing job, but because of his performance my performance has been better as well,” he said.

While Jeet Gannguli has composed the songs in the film, Savvy Gupta has done the background score. “Savvy is my friend for midnight, when I have no one to talk to, I call up Savvy. This time again I called him at midnight and asked him to work for the film,” said the lead actor. Savvy was reportedly unwilling as he has been busy in Dev’s another upcoming project called Password; however, Dev managed to bring him on board as Password is his own production. He also specially mentioned that Gupta is like his friend, brother, philosopher and guide.

He also feels that his co-star Maitra’s hard-work and discipline have contributed to her act in the film.