Your films come and go, but your songs live the longest, says Alia Bhatt


The actress spoke about her first classical dance number, 'Ghar More Pardesiya' and admitted that she could have played her character in her debut film Student Of The Year (2012) much better today.

Alia Bhatt is on a dream run currently. Last year she broke box office records with her film Raazi (2018), which not many expected to reach the coveted Rs100-crore collection mark. She started this year with a bang as Safeena in Zoya Akhtar’s Gully Boy, where she was paired opposite Ranveer Singh.

She is now ready with her first period film and costume drama, Kalank, which also has an ensemble cast of Varun Dhawan, Madhuri Dixit, Sanjay Dutt, Sonakshi Sinha and Aditya Roy Kapur.

Bhatt shared that doing a costume drama was very challenging, especially while walking. She also spoke about her first classical dance number, 'Ghar More Pardesiya' and admitted that she could have played her character in her debut film Student Of The Year (2012) much better today.

You had to do a classical dance number for the first time in your career. How did you train for that?

I went through training for that. I did one year of basic kathak training. I did two-and-a-half months of learning the choreography. I did it kind of every day relentlessly until I got it right. I am very excited as I have never done anything like this [before]. And I think it is very important for you to see all shades of an actor. That also includes dance in our industry because song and dance are such a big part of your life. Someone always told me that eventually your films and characters come and go, but actually what lives longest are your songs because that’s how people connect with you immediately. So I am a little bhookhi [hungry] for songs and all constantly.

In this case it was a genuine classical or semi-classical number. It’s such a unique kind of a track in today’s time. [It’s] very clutter breaking. So, I am quite happy that I got to do it. That’s why it was very important that I did very well. I have done, at least, better than what I have done before in my life.

This is the first time you are doing a costume drama and a period film. How different was the experience?

Very different [and] very difficult. Not easy at all because it doesn’t come naturally for me to sit in that graceful kind of avatar and jewellery. You need to walk also with all that. There is a shot in the trailer of me walking down the stairs when I am walking towards Varun [Dhawan] and I have to climb into a boat. I kept telling [director] Abhishek [Varman] as to how can we just stand on a boat and not fall. The amount of core strength we both had to use in that... Varun is also holding me and at the same time we have to give that expression. And somebody is holding the boat from down so we don’t fall.

On top of that he [Varman] said don’t look at the stairs. But how am I not supposed to look at the stairs because this is a big lehenga. A lot of these larger-than-life things kept happening. But at the same time you have to make it look convincing. All this was difficult. But what was the most difficult was the character in terms of emotion.

Raazi, Gully Boy, Kalank, Brahmastra, RRR and Takht are very different from each other. What is your process of signing a film? Does anyone help you with that?

No one does. I don’t look for anything in particular. Sometimes maybe I look to work with a certain director. Then I get that opportunity and I hear the script and that also turns out to be lovely. Sometimes I feel I am looking to do a serious film and then something comes in and falls in that bracket. Sometimes a film comes to me unexpectedly. I don’t expect to like it, but then I feel I should do it.

It happens at random moments. That’s why I make it a point to meet everybody because you never know what comes up. If you are an actor, you should make it happen. Like I made it happen last year. I could have let one film go. But I felt no, I will die but I will make it happen. 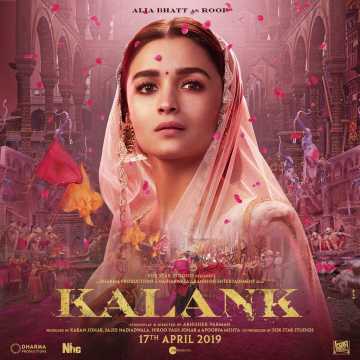 Going back to your debut Student Of The Year (2012), do you feel there is any scene you feel you could have done better?

Of course, I could have done the whole film better, according to me. But I don’t like going back in time and changing things. Even in Humpty [Sharma Ki Dulhania (2014)] I feel there was this scene I could have done better when I am speaking some nonsense and talking so fast. But I feel even the flaws somehow made the character. That’s how you keep changing as a person and an actor.

You recently launched your own production named Eternal Sunshine Production. What kind of content will you be presenting through it?

Films that I believe in. And I will probably be a part most of the times. Maybe sometimes not. I would like to be a creative producer, not a line producer. I thought about this many times in life and I thought there is no better time than doing it now.

Last year Raazi did tremendous business. This year Gully Boy also did very well. There are a lot of box office expectations from Kalank now as it’s a big project. How does this make you feel?

I have a lot of expectations from Kalank. It is making me a bit nervous, but it’s not making me feel pressure. Nervousness is good. Pressure is somehow kind of sucks out a lot of energy out of you. I think it is going to be quite an exciting time.

Recently one actress has been taking a dig at you and your work. How do you react to this?

You are starring alongside Salman Khan in Sanjay Leela Bhansali’s Inshallah. There was a lot of speculation about the relationship your character has with his. There were also criticism of the casting on social media because of the age gap.

I didn’t get any criticism. I have got a lot of excitement. And I feel speculation is also a form of excitement only. Why should there not be speculation? There should be and could be. But at least I am not bothered by it. And I am hell sure that neither Salman nor Sanjay Sir are bothered about it. This is a filmmaker who has given us a lot of beautiful cinema, which we all have been super fond of. So, we should just trust his vision and be excited.

Student of the Year