Relatability is something that the audience really enjoys on social media: Mithila Palkar


The actress and popular social media icon speaks about the pros and cons of becoming 'viral', the boon of web-series, and her films so far.

The era of web-series or web films have freed filmmakers and creative people from the clutches of the CBFC [Central Board of Film Certification]. Hence, one is able to see a display of bold and intimate scenes and cuss words regularly in content created for the web.

Mithila Palkar is a famous name among youth on the internet because of her web-series and other video segments. She gained fame unexpectedly with her ‘cup song’, her own cover of the popular Shanta Shelke non-film song 'Hi Chaal Turu Turu' sung by Jaywant Kulkarni, three years back.

She followed it up by starring in the web-series Little Things, which saw a second season, along with the TV show Girl In The City.

However, Palkar believes online content ought not to be bold merely because there is no censorship. She believes there has to be a strong reason for a person cursing on screen.

Along with the internet and social media, Mithila Palkar also speaks about her successful film ventures like Karwaan (2018) and Muramba (2017) and her plans ahead. Excerpts from an exclusive interview:

You have done three films so far and you are already a popular name among youngsters.

It feels great. Of course, it’s an amazing feeling. I have always said this and I maintain that I am here to be an actor. I just want to be better than what I was yesterday. Fame, popularity and all this love are extremely overwhelming. And I look at it as part of my plot. But my priority is to hone my craft.

You first gained fame with the ‘cup song’ on social media. The thing is that we can’t plan what goes viral on social media and I am sure you wouldn’t have expected it either.

I obviously wasn’t expecting it. It was pleasantly shocking that it happened. Like you rightly said, viral videos can’t be planned. I posted that video because I just wanted to have some fun. I wanted to experiment on my own. But the fact that people liked it so much all across the globe was overwhelming for me. I was quite enjoying that.

In fact, good that you brought this up. Just today one of my uncles messaged me in the morning saying his Facebook memories reminded him of this as he had shared it exactly three years ago. It is so coincidental that you interviewed me just today and brought this up.

What are the pros and cons of going viral in today’s times?

Undeniably, everybody enjoys attention in different degrees. I also enjoy it a little bit. Whatever comes my way, I enjoy it. I don’t go and scratch for more. But whatever it is, I love it and am extremely grateful for it.

The best part about social media is that there is no wall between you and your audience. You are not on a pedestal. You are like them. That relatability is something that the audience really enjoys and I also personally enjoy that.

I like reading reviews through DMs, comments, messages, etc. I may not have the bandwith to actually respond to every message, but I do read them, whether they are hate comments or complimenting or sending love. What I enjoy about social media is that you are approachable and within reach of your fans.

Obviously, it has its pros and cons. It is very subjective. How I look at something is not necessarily how you will look at it. I am also getting used to it. I know people will feel I am speaking anything as I am here [only] since a few years. But that is not the case. When I come home, that’s my reality. I stay with my grandparents and help them. So, for me to get used to so much attention and popularity is very new and I am also just getting used to it.

You received good reviews for your role in Karwaan (2018). How was the experience of working with established names like Irrfan Khan and Dulquer Salmaan?

Every new project is anyway exciting or nerve-racking, no matter how, when or who it is [with]. Of course, working with someone like Irrfan Khan is a daunting task. It’s not that he makes you feel that way but because you respect him so much. I am obviously a fan, so I was in awe of him. I did take a while to realize that I am his co-actor and not just watching him. That was a process that took time (laughs) but I actually enjoyed it. He never made me feel like I was new or inexperienced; nothing! He was himself, which helped. He is a genius in his art. 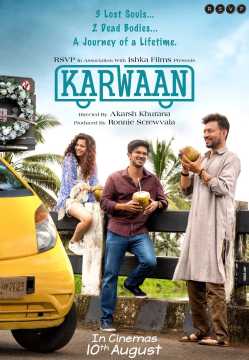 With Dulquer I was glad I could strike a friendship with him before I actually became his fan. I can say this out loud honestly and I have also told him; he knows it. Before meeting him for the first time, I just read up about him because you want to know who you are working with.

But I hadn’t seen his work at all. I had started watching OK Kanmani (2015) and then my internet conked off. I could watch only 10 minutes of the film. So the only film I tried to watch of his, I couldn’t end up watching. I had no idea how big a name he is until we actually shot in Kerala. His popularity there was like, oh my god! People are just crazy about him.

If you don’t know who DQ is, he will not even make you feel that way about him. You will never know he is that big a name. That actually helped a lot. I got to be friends first and now of course I am a fan.

Do you think artistes born in your era are more fortunate as there are various options available?

There are more opportunities than options. Generally people don’t come to you with work, especially if you don’t come from a filmi background. But opportunities are more. It is amazing the amount of attention we get in terms of screen time, stories or content. These options are a lot. I think it is an exceptional time to be part of the entertainment industry.

Be it web-series or films, generally what do you look into before saying yes to a project?

The content. I read it and think if I would like to see it as an audience. Content is always kind. Secondly, the people who are associated with the project. That’s very important. As long as they are open to dialogue and there is a communication line open between us, I am good. 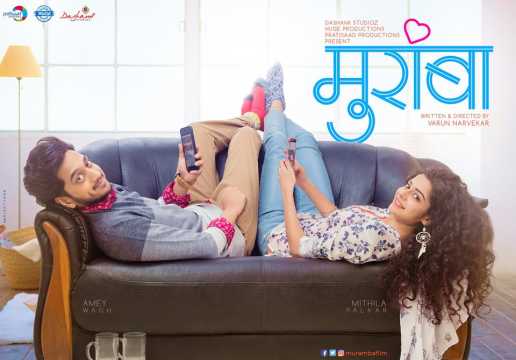 Again this is something how you see it as. Somewhere you have to draw a line, so I understand the need for the censor board. But at the same time I think that too many restrictions are like... then you want to rebel for no reason because you have been restricted.

Muramba review: This pickle leaves behind a sweet taste

Do you feel one of the biggest advantages of the web medium is that one doesn’t need to deal with the Central Board of Film Certification (CBFC)?

Of course the internet is a platform where you can speak your word and be true to it; nobody is stopping you. But as content creators we are all intelligent human beings because we are here for a reason. We have to be responsible and we will use our discretion. I am not even talking about sex scenes. I am talking about something as simple as gaali [cuss words]. I feel one should say it only if your character demands it. Your reasoning behind it should be valid. It is not about offending someone. It’s just about whether your character needs to say that word.

You were appreciated for your first Marathi film Muramba (2017). You must have received a lot of offers for other Marathi films after this. 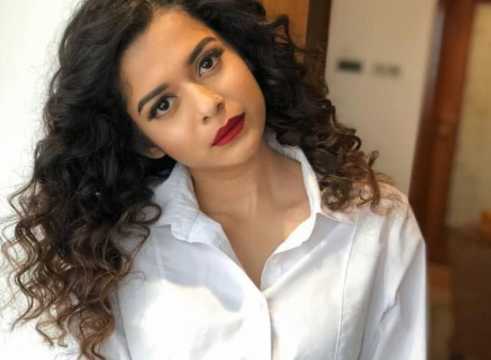 You have acted in both cinema and the web. Recently Steven Spielberg suggested that films that are released directly on the web shouldn't be considered for the Oscars. What are your thoughts on that?

I have not thought this through too much because I think we all co-exist. We are all here to create content. We are in the industry to do our jobs. Nothing should be looked down upon or looked up to any more because there is no line that can be drawn between any of this. Everybody on the internet is as valid as anybody in films. There is an amicable exchange between two mediums. This is something I can probably think about. But I don’t think there should be a differentiation as such. I am not saying about the Oscars. I am just saying that they shouldn’t be considered invalid.

I know films on the internet is a new thing. So, I haven’t thought through this that they are two different things and they should be considered for Oscars or whatever. I haven’t give it a thought. But I will tell you if I do.

What are your forthcoming projects?

Everybody is asking me this and I am dying to talk about two very, very important projects that are happening this year, but I am not allowed to. The day I am allowed to talk about it, you will know.