The trailer of Kaushik Ganguly’s upcoming film Jyeshthoputro was launched on the World Siblings Day at South City Mall yesterday (10 April). The film on the complex relationship between two brothers, stars Prosenjit Chatterjee, Ritwick Chakraborty, Sudipta Chakraborty and Gargee Roy Chowdhury. The cast, along with composer Prabuddha Banerjee and editor Subhajit Singha were present at the launch.

To turn the launch into a unique experience and celebrate the special day, the team first organised for a performance by Violin Brothers Deb Shankar and Jyoti Shankar before the screening of the trailer.

Commenting on the significance of World Sibling Day and the story of the film, the director stated. “People, who do not have their own siblings often regard their cousins as their blood relations because we can’t live alone, we need to share.”

The director continued, “People often say that blood relations are the most important but I don’t believe in it. When a bond is created between brothers and sisters it automatically turns pure and genuine. I am sure such brothers and sisters will also enjoy Jyeshthoputro and will understand the dynamics of the bond between two brothers in terms of a relationship of heart, love and family more than of blood.”

According to Ganguly, the film was originally conceived by Rituparno Ghosh, based on a significant incident in Chatterjee’s life. Few years later, when Ganguly was mulling over the idea of making a film, he approached Indranil Ghosh, the younger brother of the late filmmaker and asked whether there were any notes on the idea. “Chinku Da (Indranil) handed me over the unfinished draft of the script. Then I infused my own ideas, took all the interesting aspects from his script and have woven a new story titled Jyeshthoputro. We are planning to publish the original draft in Rituparno’s own handwriting in the near future as well.” 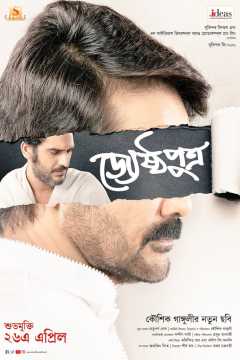 “Often our elderly family members express their wish to visit certain places, for example, Vaishno Devi but they cannot due their ill health or sometimes they pass away. Then their younger family members visit those places and offer a Puja in their names so that the wish of their souls gets fulfilled. I have tried to fulfil Rituparno’s desire through this film in a similar way. I have tried to take his ideas to the screen like his own family member and a colleague and I am extremely glad about it,” Ganguly reflected.

The director assured that the film will push the audience to turn more sensitive about their own family, house and close relations after watching the film.

When the director first announced the film, along with Chatterjee, controversy surfaced as another filmmaker Pratim D Gupta claimed that the film was originally co-written by him, along with Ghosh. However, the team refused to give any credit to him and Gupta stated that he would never be able work on a similar concept again.