Directed by Devashish Makhija, the film will compete in the Window on Asian Cinema section of the festival.

Director Devashish Makhija's Bhonsle starring Manoj Bajpayee will be screened at the 23rd Busan International Film Festival being held from 4-13 October. The film will compete in the Window on Asian Cinema section of the festival and be eligible for the Kim Ji-seok award.

Makhija previously directed Bajpayee in the acclaimed short film, Taandav (2015). Bhonsle tells the tale of terminally ill policeman in Maharashtra, who is retired against his will. However, his will to battle the system returns when a 23-year old girl from North India and her little brother land on his doorstep in the middle of a raging conflict.

The stills from the film capture Bajpayee undergoing another transformation as he plays the terminally ill Maharashtrian cop. With his dhoti, and cap matched by a grizzled grey moustache, the actor looks older than he is. 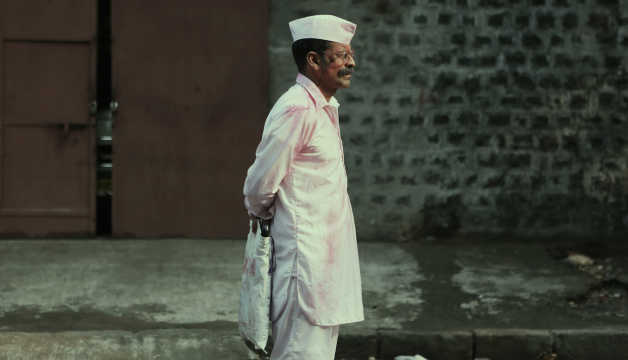 Speaking about the film, Bajpayee said, "We are honoured to premiere Bhonsle in the prestigious Busan Film Festival. Bhonsle is my third film after Aligarh and In The Shadows to premiere at Busan. Bhonsle is special for me in so many ways. I have co-produced it and it is coming out in the 25th year of my career."

Director Makhija, whose Ajji (2018) was selected for the 22nd Busan International Film Festival last year, said, "The avant-garde Korean films have been one of my major cinematic inspirations. To have my films premiere in Korea then is like coming home. The Korean audiences at Busan last year welcomed Ajji as if it had been made by one of their own. I am hoping for a similar reception for Bhonsle."

Bhonsle producer Piiyush Singh of Indie Muviz says, “We feel really honoured and privileged to get the opportunity of having the World Premiere of our Feature Film Bhonsle at a highly acclaimed film festival such as Busan, Korea. When I heard the whole narrative from Dev, my first reaction was that I have to be a part of this, and the lead actor Manoj Bajpayee’s conviction only made our belief stronger. The film works at two levels; Firstly, it deals with the issue of immigrants and the conflict which arises due to man-made boundaries; and secondly, it takes us into the inner life of lonely policeman Bhonsle, who, irrespective of his caste and region, fights to remain 'humane' first, before all else."

Bhonsle producer Sandiip Kapur of Promodome Motion Pictures says, “We have always believed in content-driven cinema and the premiere of such a film at the prestigious Busan International Film Festival encourages us to continue being part of such films in the future.”

The film is produced by Manoj Bajpayee Productions, Golden Ratio Films, Promodome Motion Pictures and Indie Muviz and will be released in India later this year.

Bajpayee is currently awaiting the release of Dipesh Jain's Gali Guleiyan on 7 September. The actor will also be seen in Tabrez Noorani's Love Sonia, and Abhishek Chaubey's Sonchiriya later this year.