Ivan Ayr has tried to show policewomen as normal women in society: Saloni Batra on Soni


Soni tells the story of two policewomen in Delhi investigating cases of harassment against women. The film is set to premiere at the Venice International Film Festival on 5 September.

One scene in the trailer of Ivan Ayr's hard-hitting Soni has the senior policewoman Kalpana (Saloni Batra) warn the younger officer Soni (Geetika Vidya Ohlyan) about the risks of interrogating a suspect alone. "If something had happened to you? What if he had a weapon," she asks.

It is a startling insight into the dual identity that policewomen in the city of Delhi go through as they try to help rescue other women from sexual harassment while working within an intensely biased framework. The only Indian film to premier at the ongoing Venice Film Festival this year, Soni screened in the Orrizonti Competition category. The film's script had won Ayr the Best Work-In-Progress trophy at the NFDC Film Bazaar in 2017.

A day before she left for Venice, actress Saloni Batra spoke to Cinestaan.com about the challenges of bringing Ayr's characters to life; the emotional toll, and the experience of visiting real female police officers in Delhi.

"As an outsider, you want your problem to be solved instantly. You want to go to the head of the station, to the senior-most officer. You would think as a victim who wants to be helped, but you would never think as the officer who is being sent out," she said, revealing the experience of watching them work in close quarters.

The actress plays Kalpana, a rigorous, by-the-book senior officer dealing with her impulsive junior Soni. The trailer captures the relationship between the two women, who seem to find a confidante in each other against their own domestic troubles.

Batra agrees, and says, "We worked on it so much, that Soni kept referring to me as 'madam', even when we were on a break. I actually felt very protective of her, like Kalpana is in the film, because of the relationship we had developed through the workshops."

The film will premiere in Venice on 5 September 2018.

How were you approached for the project?

I was auditioned for the film in 2016 by the India Casting Company for the role of Soni. But then, the casting director changed. They were still unable to find Soni and Kalpana, both, during the pre [pre-production] for the film. The AD [assistant directors] team had seen my audition somewhere, and they showed it to Ivan, and then Ivan asked them to contact me for Kalpana's role in January 2017.

They auditioned me for 3 days in a row for different scenes. Then, I got the role and immediately flew to Delhi for the shoot.

The trailer also portrays a dual identity of the policewoman; as member of authority, as well as a woman in a patriarchal society. How did the film unravel this duality?

Basically, Ivan has tried to portray two very normal women. He has not tried to victimise them, or say that 'Oh my god, there are so many pressures'. They are two very normal women in the police force dealing with their daily lives. They are two very different officers. Where Soni is fierce and acts on the spur of the moment, Kalpana is a very by-the-book kind of officer and does not cross the lines. She is very particular about details.

He [Ivan] has tried to show a variant in characters when it comes to Soni and Kalpana along with them being normal women in society, and how even they succumb to societal pressures sometimes.

Did you have any research into the lives of these officers? What was the brief Ivan Ayr gave you?

For the research, we actually visited a lot of thanas [police stations] in Delhi, and also the Malviya Nagar women's cell to meet these women officers. We spent two days with them to know their routine. A couple of times we were really overwhelmed.

Once we entered the station, and the female officers were talking to someone about a rape case. We were really taken aback with the way they were talking. In the field, they have to set their emotions completely aside. They were talking to these people so sternly, not getting emotional at all.

I was pretty overwhelmed because I am such an emotional person. I kept wondering how they deal with this, without getting emotional, without shedding a tear. On the other hand, when we spoke to the officers in the women's' cell, they told us they wake up at 6am, finish their household chores, leave for work, then return and again cook dinner. 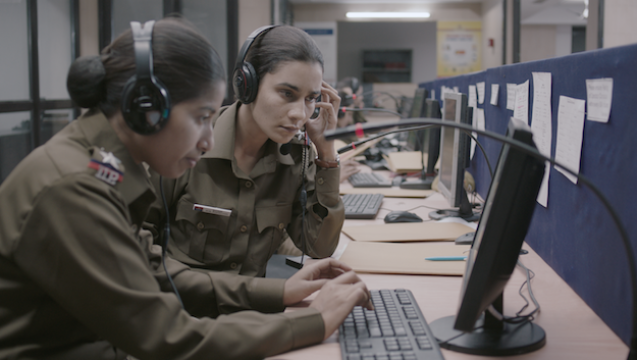 They are basically leading two lives. It is so difficult to take care of things happening in the police station, to respond to the citizens and neighbourhood you are responsible for, and also deal with your family. It was an eye-opening experience for me.

We had a lot of workshops to work on the relationship between Soni and Kalpana. We worked on it so much, that Soni kept referring to me as 'madam', even when we were on a break. I actually felt very protective of her, like Kalpana is in the film, because of the relationship we had developed through the workshops.

Was there a particular scene or moment that truly left an emotional impact on you?

We were shooting at the Tughlak Road police station [in Delhi], where a girl is being questioned by the sub-inspectors. I go and see if she is alright because she is a young girl. There I am confronted by this woman who pesters me to help her out.

When I was in the scene, I realised there is so much going on in Kalpana's life as a character because she is dealing with her husband, and so many daily problems at work and home. Even though she feels for her emotionally, it is impossible for her to cater to the woman completely.

As an outsider, you want your problem to be solved instantly. You want to go to the head of the station, to the senior-most officer. You would think as a victim who wants to be helped, but you would never think as the officer who is being sent out. It was a revelation for me.

It was quite an emotionally charged character. I had one breakdown scene for which I was damn nervous. It was very, very hard. For the entire day before the scene, I was in isolation, completely. Even before the shoot, when I went to the set, I was not talking, was just by myself. After a point, I called for help because I felt too much under pressure.

Only when my shot was ready did I go downstairs. Ivan just told me not to worry, and just took three takes for the scene. "Just give me the best 3 takes that you can," he said. At the end of the scene, I felt like a mountain had been lifted off my shoulders. I was completely devastated after the scene. 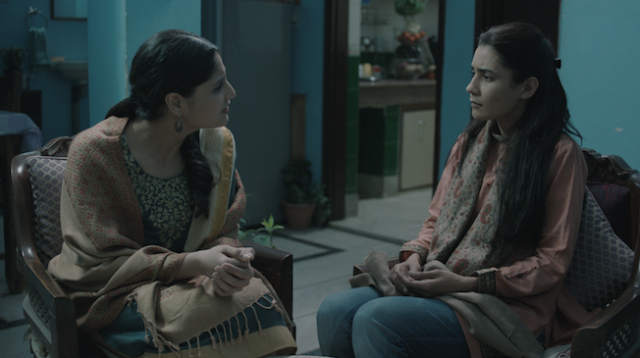 There is always an argument when a male director approaches a subject with female protagonists. How was Ivan's approach?

Ivan was so clear in his head about the thought, and what he wanted from his characters. He had already done his study and research, so there was no point in questioning his understanding of these women and the characters. Every day before the shot, we would sit down for half an hour and discuss what we were going to shoot.

The film is the sole Indian representative to Venice, where else is it headed to?

It will be going to BFI (The British Film International Festival). I cannot reveal much at this time, but it will be traveling to a lot of festivals. In October, it is going to the London Film Festival.

I haven't seen the film yet and will catch it in Venice tomorrow [5 September]. It has to first make a round of festivals for now.