I don’t have a vast resume but the work I have is special: Shefali Shah


In an exclusive interview with us, the actress spoke about getting into her emotionally intense character for the love story Once Again, chemistry with the film's co-star Neeraj Kabi and why she is picky with roles.

Actress Shefali Shah is known for being picky, but when she takes on something, her characters tend to become quite memorable. Whether it is Kasturba Gandhi in Gandhi My Father (2007) and Ria Verma in Monsoon Wedding (2001) or Neelam Mehra in Dil Dhadakne Do (2015), they're all memorable characters.

Shah will next be seen in Once Again, which was released on Netflix on 1 September, where she plays the role of Tara, a widowed mother and owner of a restaurant, who falls in love with an actor, played by Neeraj Kabi.

In an exclusive conversation with Cinestaan.com, Shah spoke about why she is picky with her roles and how she got into her character for the emotionally intense Once Again, which puts her front and centre in a love story for the first time. 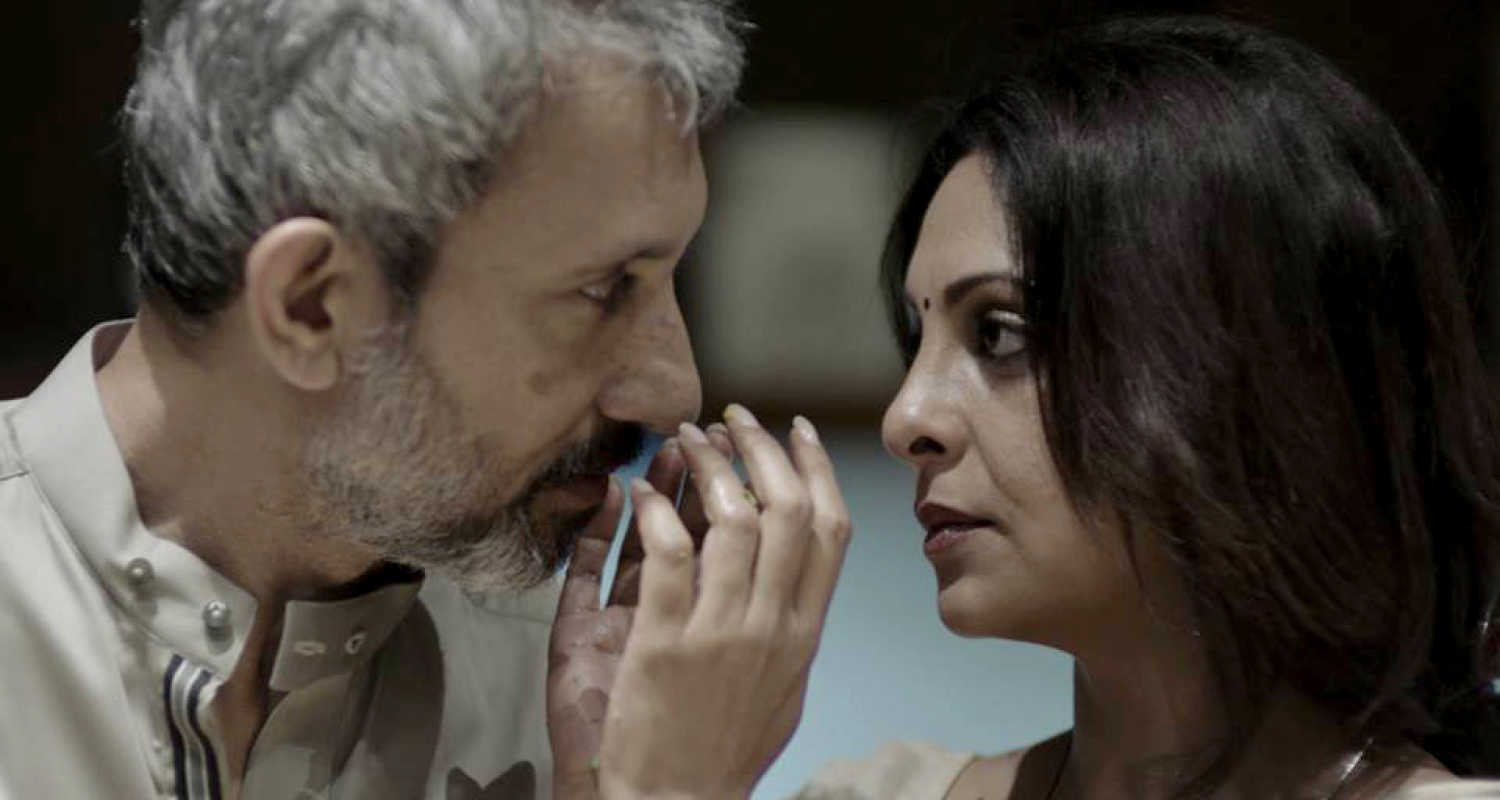 The trailer of Once Again (directed by Kanwal Sethi) reminded me of The Lunchbox (2013) even though the treatment is quite different. I am sure you got that feedback from many others.

The comparison to The Lunchbox was expected. But like you correctly said the film is very different, the characters are very different, the storyline expands beyond the food connection. There is more personification of the intensity and the passion than the notes. At the same time it's held back which is so beautiful. It is defyingly implosive for both characters. They have to restrain the explosivity of it. It goes beyond The Lunchbox in that way. I don’t mean that our film is better than The Lunchbox... not at all. But I am just saying — one is they are completely different characters. Food is an important part of the film, but it is not the film.

What drew you to Tara’s character?

The first thing that drew me to the film was that it is a love story and it's a very beautiful, sensitive and delicate love story. That is what drew me to the film. Tara became who she is over time, over sessions and stuff. She is extremly earthy and real. There is no pretence. She has had a tough life, but she is not bitter. She has a wicked sense of humour. She has contended all her life with running a small restaurant, raising her kids and making it work. Most importantly, she is not bitter at all.

I heard that you worked extensively with the director to create the character of Tara.

It was extremely enriching. It is great when you become an integral part of creating who she is. For example, one of the first scenes I asked was what is her surname and what is the restaurant she runs. He said probably it is a boutique restaurant. I said I don’t really see her running a boutique restaurant like an udipi. Then she can be a Shetty. Also, I am a Shetty and so I suggested it. And they thought it was a good idea. A lot of intricate details came from my Shetty lineage. The way I have seen women cook or grind the masala. It was great that I could be a part of creating her.

While Neeraj Kabi (co-actor in Once Again) is known to be methodical, you are known to be spontaneous. How did that work?

It was very interesting. We come from completely diverse schools of acting. Actually, I don’t come from a school of acting. He has a method, and he is a tutor of drama. There is something very regimented and methodical about the way he works. And I work impulsively, instinctively. As a combination it was very interesting. Also, they are different people — Tara and Amar. She is more instinctive. She doesn’t bite her tongue before saying anything. She is what she is. It's not like you see something else and she is something else. While he is more restrained and held back. It worked well for the characters as well.

Once Again will be released on Netflix this month. Do you think that the rise of the digital platform is a boon for small budget films that don’t necessarily find the desired number of screens for a theatrical release?

It’s fantastic. It has quality control like international work. I am a complete Netflix and HBO addict. You see the kind of content they are making, it's incredible work. It opens so many avenues for actors. You are not restricted to television or films.

The kind of television shows you did... like a Hasratein don’t get made on Indian television anymore. Would you rather do a digital show?

There is no quality control in television. I am not demeaning it, but I have heard from friends who do television. Also, I realised much earlier, that we take up a show and they could give you a storyline, they could give you a character sketch, but four episodes down the line it could completely change because a channel head wants it to or for some TRPs. Television is really not about quality; it is about quantity. I don’t see myself ever going back to television... ever. I love my work way too much to just do something just because ‘kuch karne ko hai’ ya ‘paise kamaane hain’.

We don’t get to see you enough.

I don’t have a very vast resume, but the work I have (on it) is very very special. It’s important work. Whether it's a Satya (1998) or Monsoon Wedding (2001) or The Last Lear (2008) or Gandhi My Father (2007)... they are cult films. They are important films. They are films that are creatively rich. So I realise that this kind of work doesn’t come every day and I am okay about it. Like I said, I’d rather wait and do something that really really excites me than just go and work for money because I have nothing better to do. I’d rather wait for something that really excites me and I feel 'wow, this is going to make me proud'.

So have you found your next exciting project that you will be working on or will we have to wait longer?

I just did a show, a web-series. We don’t know yet where it will be showcased. We are in the middle of editing it. It is directed by Indo-Canadian director Richi Mehta. And it’s something I am extremely excited about. In fact, [Canadian prime minister] Justin Trudeau announced the show. I have shot for the first season. And we are hoping it will be on a good platform like Netflix or HBO or something like that. I don’t know yet. It’s based on real life police cases in Delhi.

You recently won a Filmfare award for your performance in Neeraj Ghaywan's short film, Juice.

When you see the film as an audience, for quite sometime you can’t figure where it's going. But when you reach the last moment you want to revisit it because everything everyone said, all the women, even if it was one line, one word it was putting the nail harder in the coffin. And it was not just about anger, it was about disdain. When you are so disappointed that you don't even feel the need to voice it anymore. It was almost like 'kya samjhayenge inko!' It's disappointment, anger and rebelliousness put together.

You conveyed a lot without saying much. Your character doesn't say much during the film.

Yes, my character doesn't say much and the last moment... we wanted it to be completely silent.

You are great with emotional scenes. Was there any emotionally difficult part in Once Again?

An AD [assistant director] just cues. The voice, the breathing, the thought, the pauses all of that matters. It's a give and take of two actors. I would have chosen to do it another way. It was the first day. It starts from casual stuff to the last bit where it's really intense and emotional. And any important scene, particulary in this film, it's like this, when there are two main characters and it's so sensitive [that it] needs some kind of time. Nobody does 10 scenes a day. They were constraints and there was a pace we needed to work on.