The day we stop mentioning our caste, many of our problems will be solved: Tarpan director Neelam Singh


In an exclusive interview on the sidelines of the 9th Jagran Film Festival 2018, Singh speaks about her filmmaking process, the need to speak up against injustice and what's next after Tarpan.

A still from Tarpan
give your opinion

Tarpan, meaning salvation, is a social-drama based on true stories that director Neelam Singh has witnessed in her own village. Hailing from Mirzapur district in Uttar Pradesh, Singh chose to adapt the Hindi novel Tarpan written by Shivmurti, for her first feature film. While the novel focusses on the topic of caste discrimination, Singh has strongly brought out the gender discrimination angle too.

“The only two castes we have is male and female. It is only when we stop referring to ourselves using our surnames and castes that a lot of the crimes will be done away with. The day we don’t mention ‘I am backward class or I am Brahmin’, that is the day our society will go forward,” the director said, while answering a twisted question about how she has highlighted one caste over another.

She went on to talk about how none of the audience members, including herself and crew had any contribution to their respective castes. “Then why do we have so much pride over our caste when we have no input in its making?” she asked.

The soft-spoken writer-director has previously worked on ads and corporate films mainly doing voice-overs and dubbing. Writing is her passion. Admittedly, she is a poet who also likes to write one-two liner dialogues. “From this experience of writing, I felt I should write a film. But pinning down a subject was difficult, because I could not go too commercial. That’s why I chose this social subject which conveys a message to the society,” she said.

Singh was born and brought up in Mirzapur and has also studied in Lucknow, where she currently lives. Her debut feature film will be released theatrically on 6 December 2018, which also marks Dalit icon Dr BR Ambedkar’s 62nd death anniversary.

In an exclusive interview with Cinestaan.com on the sidelines of the 9th Jagran Film Festival 2018, Singh spoke about her filmmaking process, the need to speak up against injustice and what's next after Tarpan. Excerpts.

Tarpan is based on a novel and the topic is quite intense. Why did you choose this particular novel to adapt for a first feature film? And what were your challenges?

Why I chose this novel is a good question, because the story that happens in the novel is something that happens in daily life, for generations and they are happening even today. Even after 70 years of Independence, we are fighting over castes.

Even though our country has progressed with so much education, in a scientific way, and even after the digital revolution, women and girls haven’t got that respect that is their right. This was the main reason why I chose this subject. This should not be seen only in terms of caste, that a Dalit girl is raped or molested. It should be seen as a girl being molested or raped.

Three pages of a novel could translate to just 10 seconds of footage. When you adapt a novel to film, what is the process to choose what you will include or exclude from a cinematic point of view?

That was a difficult part. You know, we read a novel and we imagine it. To transfer that image to a screen is difficult as well as challenging. When we read a script, we imagine that a particular scene would be performed in so and so intense way and we absorb those feelings and think about them. When an actor or actress performs this for the big screen, they may not be able reflect it the same way you imagined. The briefing you give your artistes and the takes was challenging.

To make the story engaging was important too, considering there isn’t anything interesting happening in the story. It’s just one story, and there are no wings, sub-plots or songs or item numbers. To keep a viewer engaged for 2-3 hours was a challenge, and we did it. I believe we have been able to do justice to it.

Talking about artistes, each of them seemed well cast. How did you choose them? Was a casting director involved?

No, we didn’t have a casting director. We found each other among ourselves. We had seen films or theatre performances of some, some are from NSD [National School of Drama], people around us helped us do the casting. We could have made them perform anyhow, but matching the look of a character was important. We had to work on their language, as it is a mix of Hindi and Awadhi. This is something that becomes difficult for people of Delhi and Mumbai. So we concentrated on getting their look right, acting would follow.

In the interaction after the screening, you mentioned that no make-up was used...

No make-up was used for anyone, except for the launda naach sequence. Just puffing to get rid of the sweat, and light kajal was used, nothing more. I come from a village and I’ve seen people bathe, put talcum powder on their face and they’re ready. If you see the women, they wear bangles, entangle safety pins in them, in the neck there’s a mangalsutra... and nothing they wear is matching, for example a green petticoat on a red saree, etc. and they think they look cool. I designed the costumes myself, and kept these details in mind.

The attention to detail is quite apparent, especially, shooting on location in a dusty village captures the ethos of the film...

The entire film is shot in Faizabad, Uttar Pradesh. There’s a small village called Raipur there. Some of the town scenes were shot in Faizabad city. It took us 21 days to shoot, including one break day and one day to shoot a song.

Some of the questions after the film screening were intimidating in their tone. But you handled them quite well. Does any of this firmness come from your filmmaking experience?

I am thought to be a stern and angry woman [laughs], at least some people say so. After so many years of existence, I have seen that things can be handled better with love than with anger. Raising kids also helps as your anger just evaporates.

How is it to handle a home and be a filmmaker at the same time?

My children are grown up now, so that is taken care of. My husband, who is a senior bureaucrat, is also supportive of my ambitions now. He is highly educated, while I am not... But I have always been a dreamy person. Even today, if I have to go somewhere, in my mind I have a full script of what to expect, what to answer in case I was asked something... I am dreamy, while my husband is more practical. Now that the kids have grown up, I am free to do whatever I want.

What next after Tarpan? 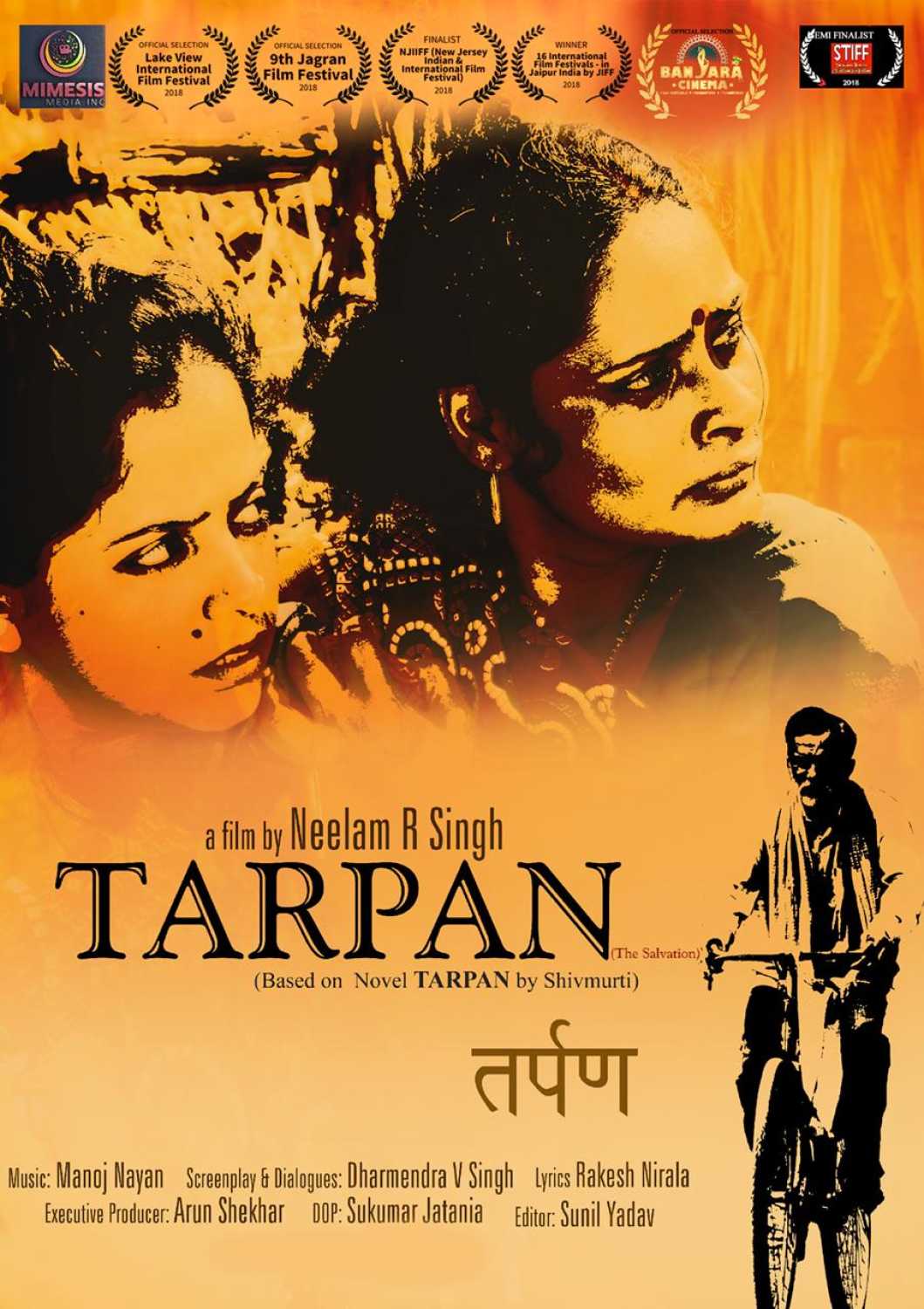 Now there’s pressure to make a commercial film. I’m thinking commercial, and attempting to write too, but I am not able to. Only a few days ago I developed a script which is based on Section 497 [law under the Indian Penal Code that criminalised adultery] that was recently in the news [the Supreme Court on 27 September 2018 scrapped the law, stating adultery is not a crime]. But that won’t be a feature film. It can be a large short film and I’d like to make it as soon as possible.

My only dream is that I get an Oscar for India [laughs]. Maybe I’m greedy, but only if I dream will I be able to do it.

What would you like to say to your audience?

Just that more and more Indians should watch films. If it’s good, tell us it’s good. If it’s lacking, give us feedback with love. Don’t just go for stars or stardom, because those who are stars today had to take their first step someday. Even the big directors now had a first film someday, which could be good or bad. Watch our cinema, appreciate it and notice our hard work.

Update: Tarpan will be released theatrically on 26 April 2019.