Mahesh Manjrekar’s Me Shivaji Park created some buzz with its promising cast of Ashok Saraf, Vikram Gokhale, Dilip Prahavalkar, Satish Alekar and Shivaji Satam. The first poster of the film featured all of them. The theme of the film, however, wasn’t revealed. With the pistol in Saraf’s hand, the second poster made it clear that the film revolves around a crime.

The motion poster of the film is out. It reveals the name the characters in the film. The background score used in the background gives is thrilling and intense.

Shivaji Park is a locality in Mumbai's Dadar. The makers came up with an interesting strategy to promote their film on social media. They have released a series of posters of with images of important personalities who have been associated with the Shivaji Park. These include Dr Babasaheb Ambedkar, the late politician Bal Thackeray and India’s legendary cricketer Sachin Tendulkar. The first two have given memorable speeches here, while Tendulkar learnt his cricket skills at the famous Shivaji Park grounds.

Actress Deepti Lele is also a part of Me Shivaji Park. She was recently seen in the reality television show Marathi Bigg Boss.

Me Shivaji Park will be released on 18 October. 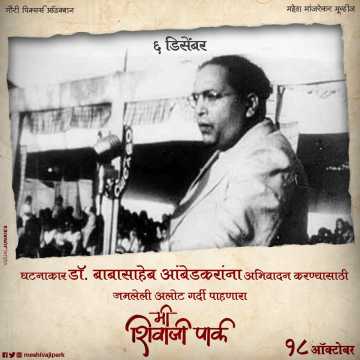 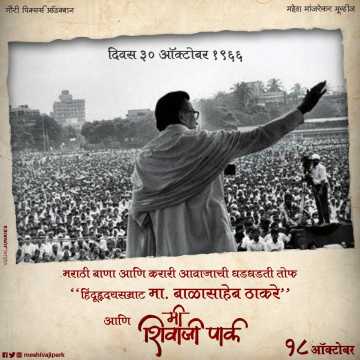 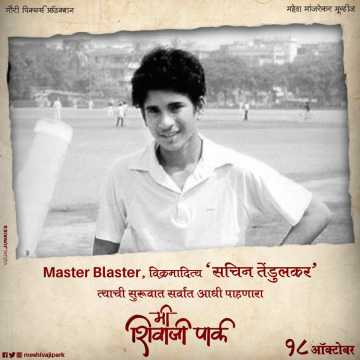 Watch the motion poster below: