The twisted game of cards in Johnny Gaddaar


For a genre of games almost always played sitting, gambling has a thrilling pace that makes it fascinating for storytellers. Here we look at an eventful card game that turns the tide in Sriram Raghavan's neo-noir Johnny Gaddar (2007).

There are few things more intriguing than a game of poker. No wonder many filmmakers find it cinematic in its effect. However, Sriram Raghavan turns the card game into a metaphor for how the scenes unfold in his film, Johnny Gaddaar (2007).

Johnny Gaddaar was not a hit when it was released, but the film has since become very popular with cineastes as well as lovers of pulp fiction. Its plot, based on a heist gone wrong, is filled with betrayal, suspicion, grey and shady characters and, of course, a gambling den. 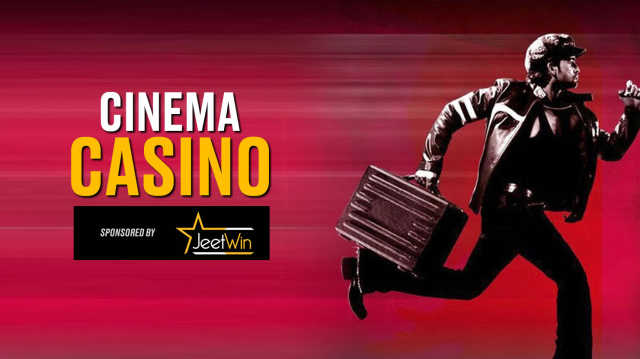 The game of gambling is used by Sriram Raghavan as a metaphor for his characters. A major part of the film involves the gambles taken by the various characters, the bluffs they play, and their manipulation of others, with the real gambling den becoming a background to the entire ploy.

Based on the James Hadley Chase novella Knock Knock Who's There, Johnny Gaddaar had a scene early on which shows Vinay Pathak's Prakash, owner of a shady gambling den, trying to lure yet another victim into his big blind poker game.

Unfortunately for Prakash, his victim is a better player and walks off with more than Rs10 lakh. This sets in motion the inevitable circle of greed that destroys the perfect robbery planned by his group.

The game that Prakash bets big on is teen patti or Indian poker. It remains the most popular card game and has been featured several times in Indian cinema. The simple game depends on players placing bets, bluffing, and trying to gain an upper hand on the opponent. The true winner is the one who plays his best hand, or fools the opponent into thinking that he has the best hand.

The dramatic revelation of the three cards, the suspension of disbelief in their count, and the tension in the game often make for dramatic scenes. But in Johnny Gaddaar, Sriram Raghavan skips that to focus on the consequences of the game.

The card game captures the tension and sudden disruption of order. At the beginning of the scene, Prakash is shown trying his luck again and again, with positive results. The director lures the audience in to believe that Prakash is a wily operator who does not let players walk into his den and win.

However, just as he reels in the big fish, the scene changes. We see him head repeatedly to the locker, praying to god, making bet after bet trying to recoup his mounting loss.

This is the sting in the tail of Sriram Raghavan's plot.

In most Hindi films, it is poker that takes precedence. Games like roulette, blackjack, and rummy take a backseat. After all, poker is a game that offers directors a chance to display the emotional turbulence that their characters are going through. The suspenseful wait, the drama, and the eventual revelation make it perfect for thrills.

While the rest of the film focuses on the drama around the heist, it is the card game that sets the whole thing up. The player enters with supreme confidence, only for the situation to go horribly wrong. This mirrors the eventual surprising end of the film. (If you haven't seen the film yet, find out for yourself.)

As another popular pulp fiction writer, Raymond Chandler, would say, "There is no trap so deadly as the trap you set for yourself."

Think you can do better than Vinay Pathak's Prakash? Test your skills with our online partner Jeetwin.com