The long-in-the-making film, titled Saina, had its mahurat shot over the weekend on 22 September and began shooting this week.

After a trio of children's films, with Stanley Ka Dabba (2011), Hawaa Hawaai (2014) and Sniff!!! (2017), filmmaker Amole Gupte is taking on the life of ace badminton star, Saina Nehwal, in the biopic Saina (2019). The film was announced back in June 2017 when star Shraddha Kapoor teased a photograph of a badminton raquet and herself on the court.

Since then, the actress has reportedly been in training for her role in between other projects like Stree (2018) and Batti Gul Meter Chalu (2018). She was also spending time with Nehwal whose life she is portraying onscreen.

Last month, the actress told us that the project would begin filming in September. The film finally went on the floors over the weekend, after a year of preparation, as producer Bhushan Kumar shared a photograph of himself with Gupte and Kapoor on the mahurat.

The badminton star's parents, Dr Harvir Singh and Usha Rani, stood in for a shot with Kapoor as production was underway at Madh Island, Mumbai. They also spent time with director Gupte and producer Bhushan Kumar on set.

Kapoor already looks like a ringer for Saina, complete with the mole on her left cheek.

The actress also shared a sweet note on her Instagram story given to her by Gupte and his wife Deepa Bhatia as the shoot began. It read, "Our darling daughter Shraddha (meaning faith). Remembering Sai we have decided to name you Saina... let this journey be the most memorable for you... dearest child, we love you." 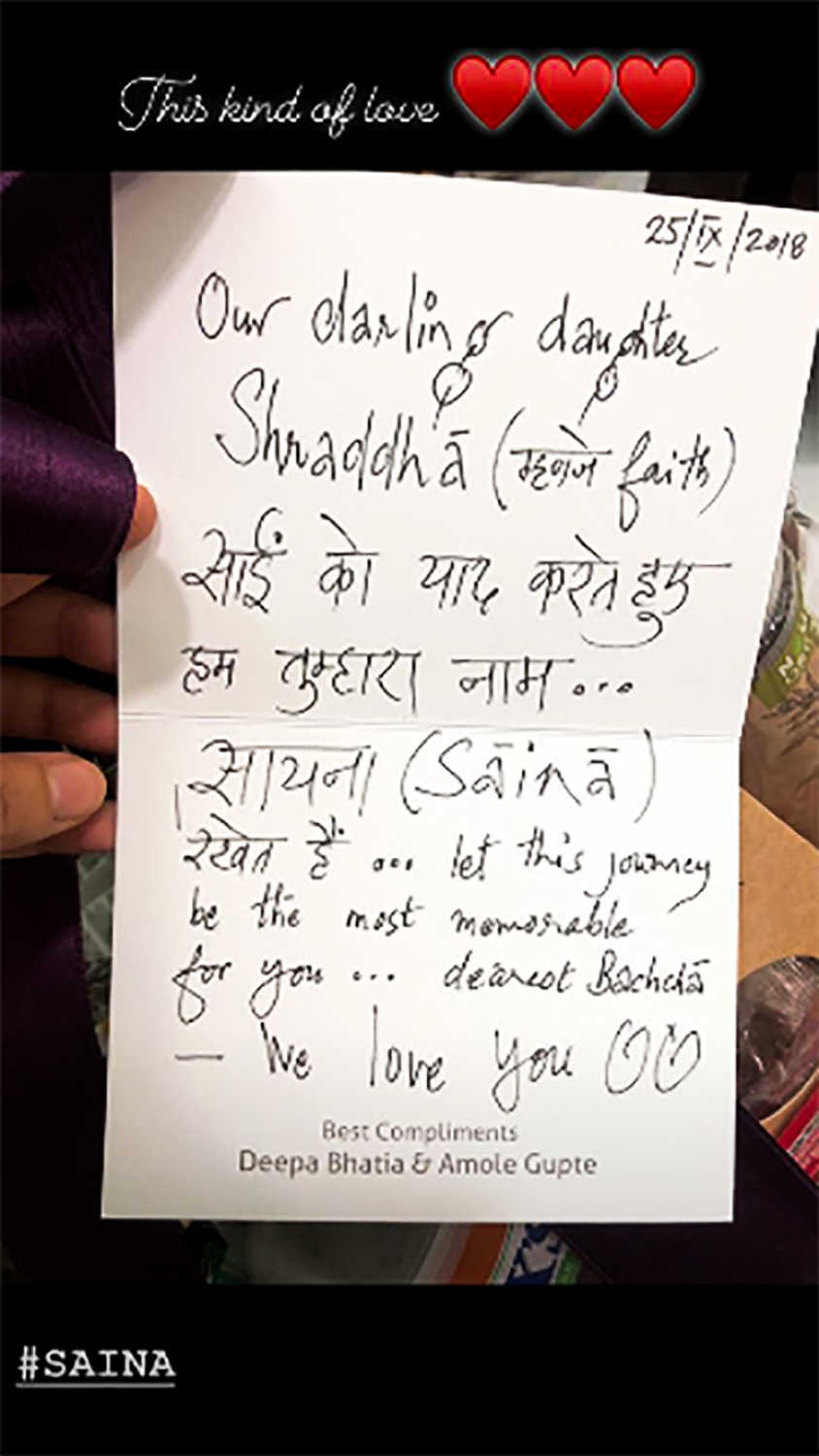 After Saina (2019), Kapoor will next be seen in Sujeeth's trilingual Saaho (2019) opposite Prabhas.