Lajmi, niece of the great filmmaker Guru Dutt, died in Mumbai on Sunday after a prolonged illness.

The current era is considered safer for unconventional, offbeat or arthouse films, despite the odd controversy here and there. The opening up of different avenues and media for film consumption, the change in audience tastes, and the ease of shooting films owing to technological advances have encouraged unconventional filmmakers to dream.

But Kalpana Lajmi dared to take the road less travelled back in the 1980s when conditions were not so favourable for offbeat cinema and when women directors were almost as rare as the unicorn.

Lajmi passed into the ages in Mumbai today at the age of 64 after battling chronic kidney disease and liver failure for some years. She had received a lot of support in her last years from prominent film personalities like Lata Mangeshkar, Aamir Khan, Salman Khan, Karan Johar, Alia Bhatt and Rohit Shetty.

Kalpana Lajmi, niece of the great filmmaker Guru Dutt (her mother Lalita is the sister of the late legend), began her journey by directing television series and documentaries in the late 1970s. Her big-screen journey began with Ek Pal (1986), a bold tale of adultery which starred Shabana Azmi, Shreeram Lagoo, Naseeruddin Shah and Farooq Shaikh. 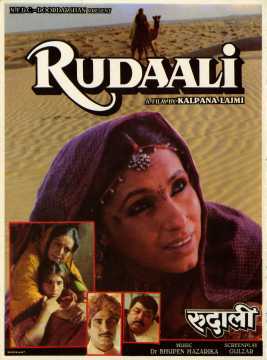 Lajmi made her mark in mainstream Hindi cinema with her next film, Rudaali (1993). Based on Mahashweta Devi's short story, the film told the story of professional mourners from a so-called lower caste who are hired to mourn the deaths of supposedly high-born people.

Like the subject itself, Lajmi's decision to cast the glamorous Dimple Kapadia in the role of a poor mourner was a bold one. The gamble paid off as both the film and Kapadia's performance were received well.

Just when people would have thought Lajmi would come up with another bold female-orientated film to complete a trilogy of sorts, she surprised everyone by making a film on a transgender character.

The subject of Darmiyaan: In Between (1997) is considered unconventional even today, more than 20 years later. The film saw Arif Zakaria portray a eunuch called Mazhuddin Khan. Mazhuddin's mother Zeenat (Kirron Kher) is in denial of her child's identity and both go through great suffering. Ultimately, it is Mazhuddin who saves her mother from complete destruction.

After Kapadia, it was the turn of another 'Bollywood' glamour queen, Raveena Tandon, to try her hand at Lajmi’s brand of cinema in Daman: A Victim Of Marital Violence (2000). Although the film did not reach out to a large audience, it won for Tandon the National award for Best Actress. Tandon portrayed a wife who is the victim of violence perpetrated by her own husband (Sayaji Shinde).

Lajmi’s bold feminism was not limited to her films. She was just as bold and unconventional in real life. She was in a long-term relationship with the great Assamese musician and singer Bhupen Hazarika, 28 years her senior. The two never married.

In an interview in The Telegraph newspaper of Kolkata, Lajmi once said frankly, “I gradually realized he would never have made a good husband for anyone.” Hence, they simply cohabited.

When Hazarika became sick, Lajmi cared for him to the exclusion of all else until he passed away in 2011 at the age of 85. In fact, one of the reasons she never made a film after Chingaari was her commitment to Hazarika. “I made only six feature films in these many years because for me his work was priority,” Lajmi told the same publication.

Lajmi will be missed not just as a filmmaker, but also as a person who dared to live life on her own terms.