As the daughter of Shobhana Samarth and the younger sister of Nutan, the actress Tanuja had a natural path to Hindi films. But when she joined films, she carved out her own path with eclectic roles in dramas, romances and comedies. From the 1980s, Tanuja moved away from leading roles and took up interesting parts in both Bengali and Marathi cinema. She even tried television with serial Khandaan in the mid-1980s.

Today, she is largely known as Kajol’s mother and the veteran actress of such films like A Death In The Gunj (2017) and Shonar Pahar (2018). But there was a time when the actress first debuted onscreen that she was utterly captivating with the constant look of mischief in her eyes. We revisit her early years as heroine when she was trying to find her feet in the industry. 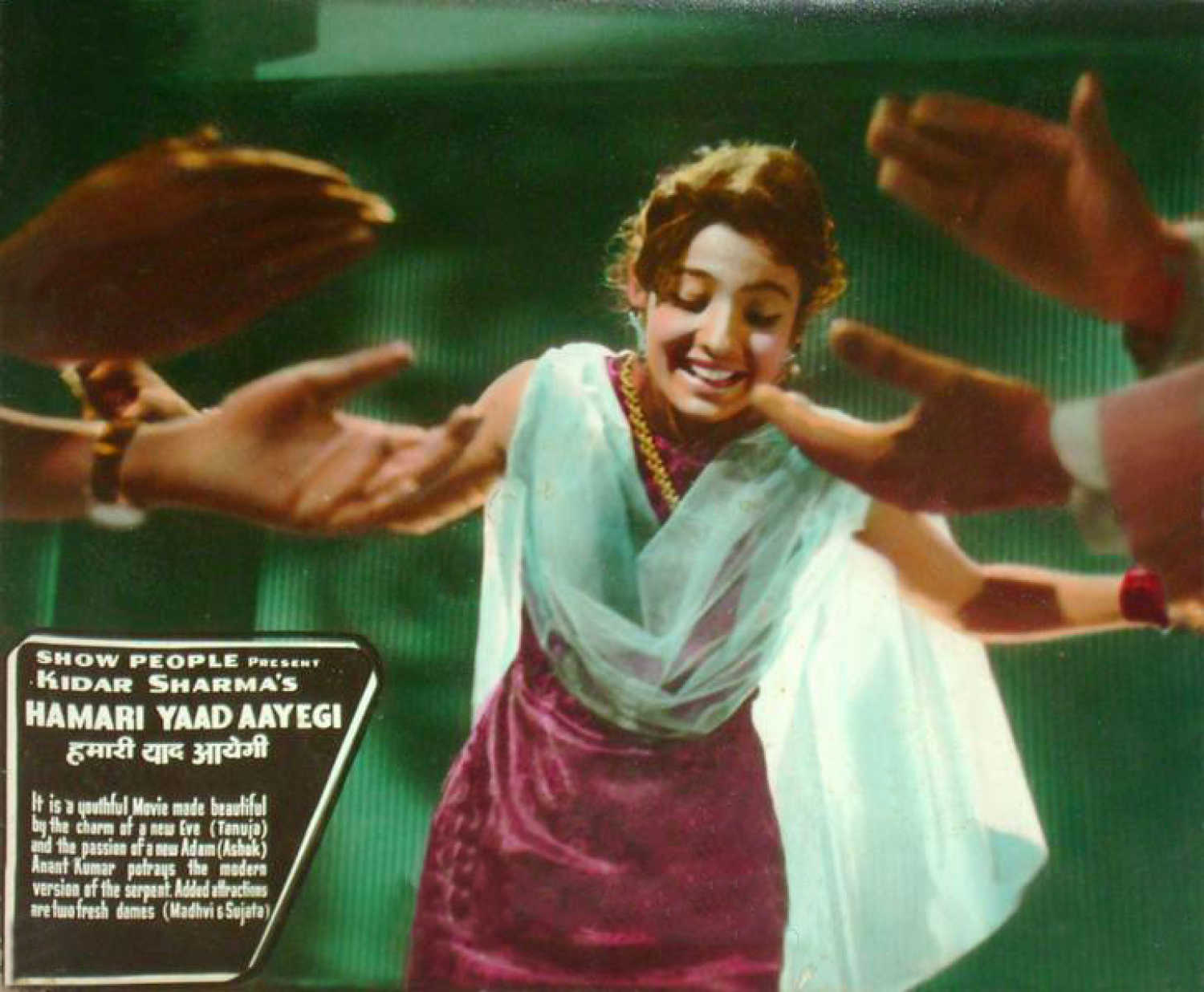 Like her sister Nutan, she too returned from her studies abroad to come and act in films. Sharma shaped the young Tanuja as best he could and when he grew exasperated when she laughed during a tragic scene where she was supposed to cry, he slapped her.

In an old 1991 interview found online, the actress recalled, "No man, not even my father, had ever slapped me before (mom of course delighted in walloping me) and I burst into tears. I stomped off the sets, got into my car and went straight home. But what do you know? Mother packed me back into the car, drove straight to the studios and told Kedarji, ‘I give you full permission to slap this monkey anytime.'" 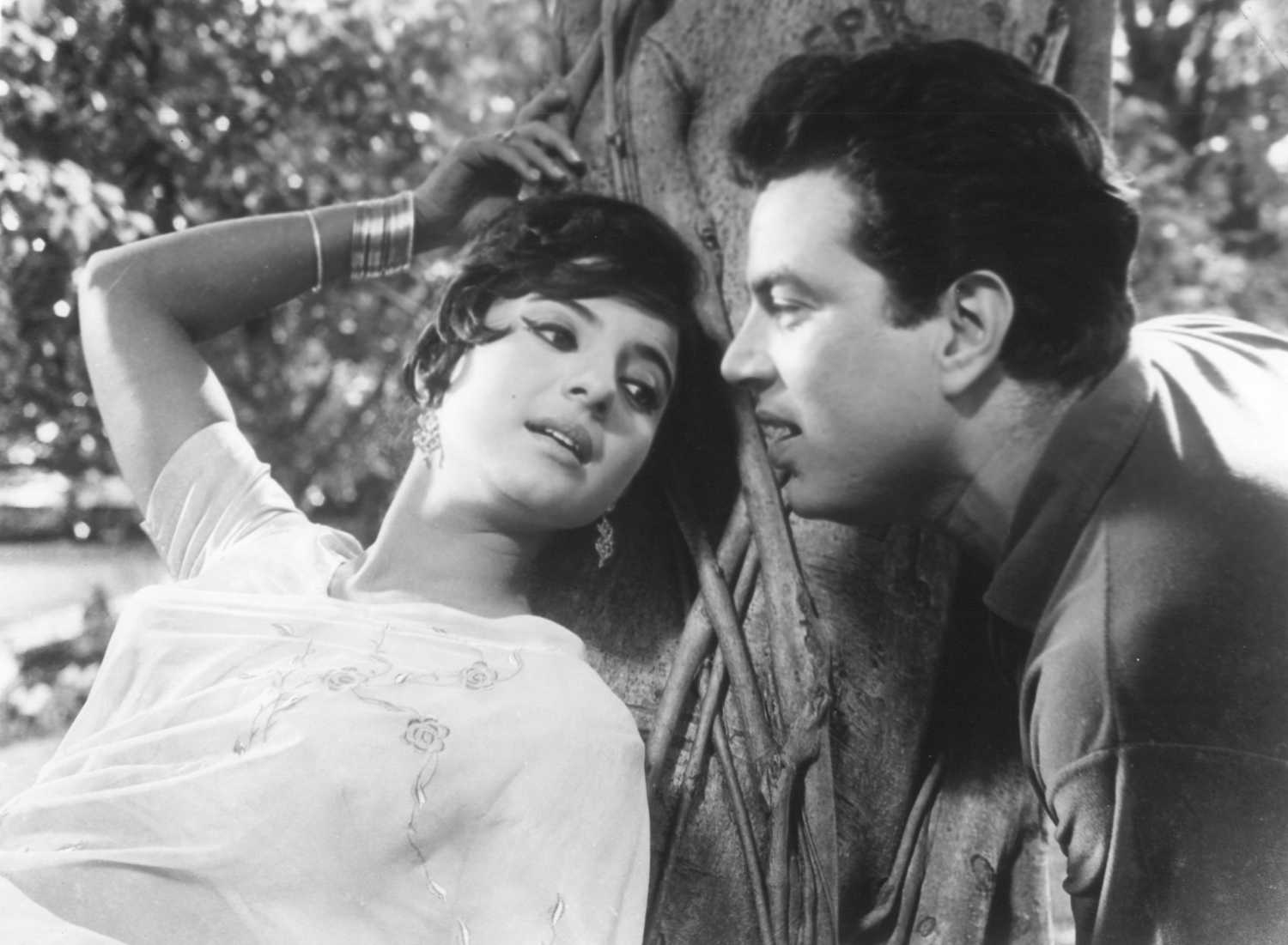 The Guru Dutt production was to star the film’s producer with Tanuja, but was re-filmed with Dharmendra after Dutt's death in 1964. The drama was an emotional love triangle with two sisters (played by Mala Sinha and Tanuja) falling for the same man. Tanuja shot a good portion of the film with Dutt and often joked with the serious actor-director.

Tanuja shared in the same interview that Dutt too was fond of her. "I was very fond of him and his well-stocked library. I would always tell him, ‘Aye Guru, tu marega toh library mujhe chhod ke jaana.’ How was I to know that soon afterwards, he’d commit suicide,” she said “Would you believe we had even planned to go to a movie together the next day? He was a very short-tempered and oversensitive man and would often be depressed. He would chew his own brains up. Whenever I came on his set I would crack a couple of jokes, ask him, ‘why take life seriously yaar’ and generally lighten the atmosphere.” 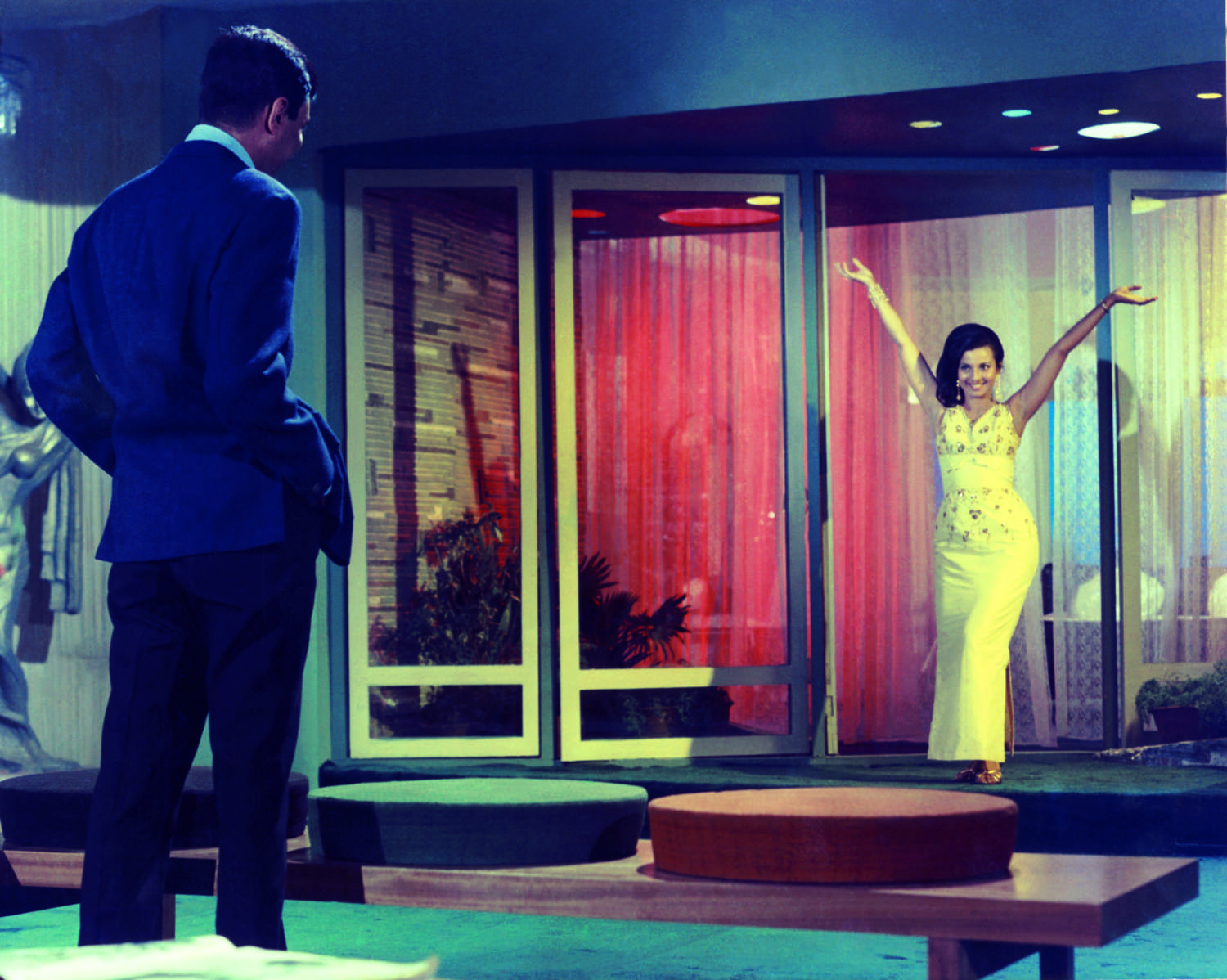 Tanuja could even joke about the length of her part in the film. She said, "Here my role went happily up to a time and then they forgot all about me until in the end Vijay (Anand) thought, ‘Chalo Tanuja ko bhi bula lao [Let's call Tanuja].’ But I was never jealous. If the other heroine was getting more I told myself it was because she deserved more. I’ve always been happy, whatever age I have been." 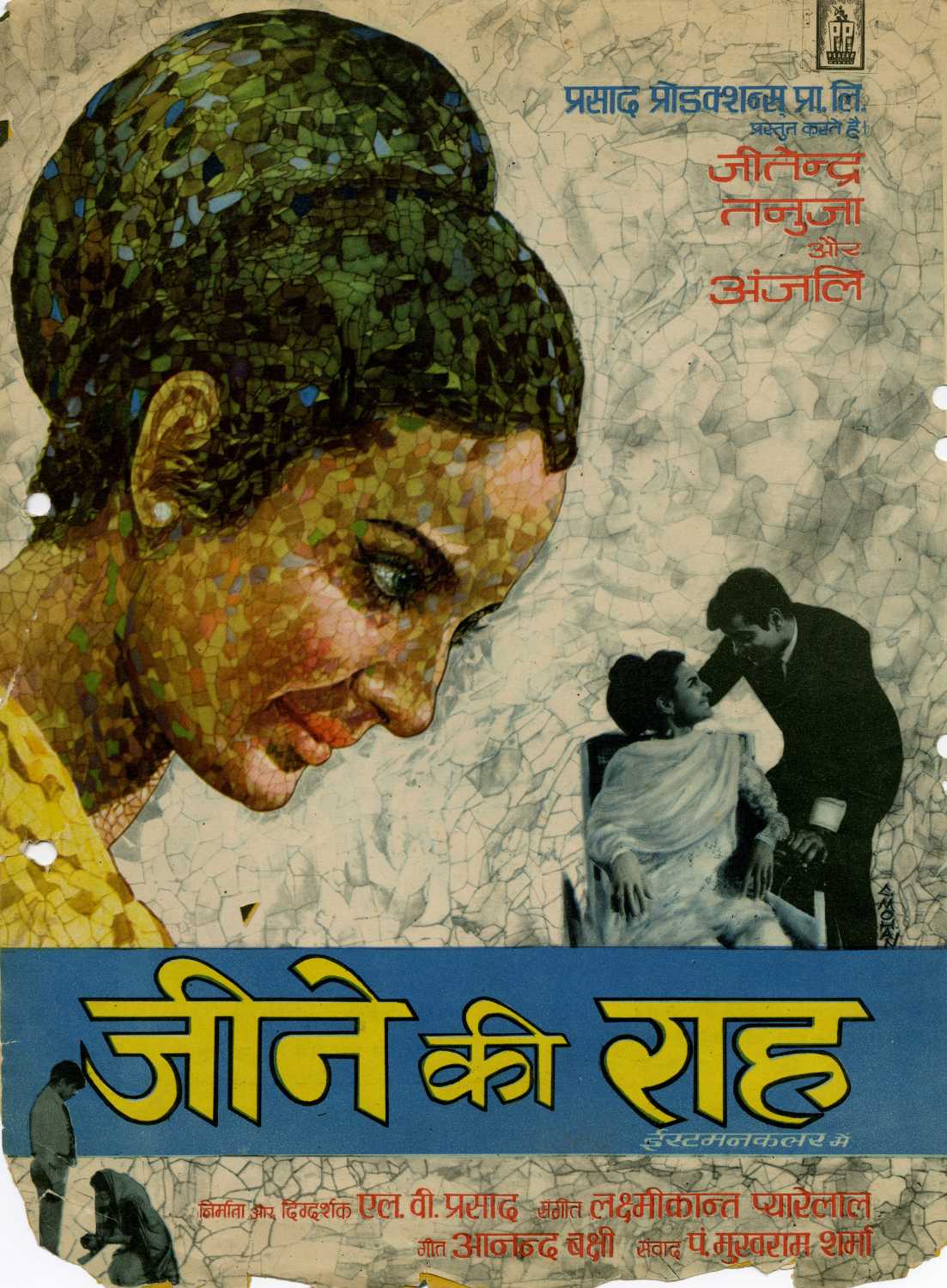 In LV Prasad's remake of the Telugu film, Bratuku Theruvu (1953), Tanuja took on a dramatic challenge as Radha, the daughter of the rich Mr Rai confined to a wheelchair due to a heart condition. She falls for her father's new secretary Mohan (Jeetendra), who is secretly married, unaware that her good friend Dr Manohar (Sanjeev Kumar) also loves her.

Her affection for Mohan brings her out of the wheelchair and walking again. Dinesh Raheja of Rediff.com wrote of the film that shot her to stardom, "Tanuja stayed true to her zingy personality and dried off any excessive melodrama." The usually expressive pair of Jeetendra and Tanuja gave restrained performances in the hit film 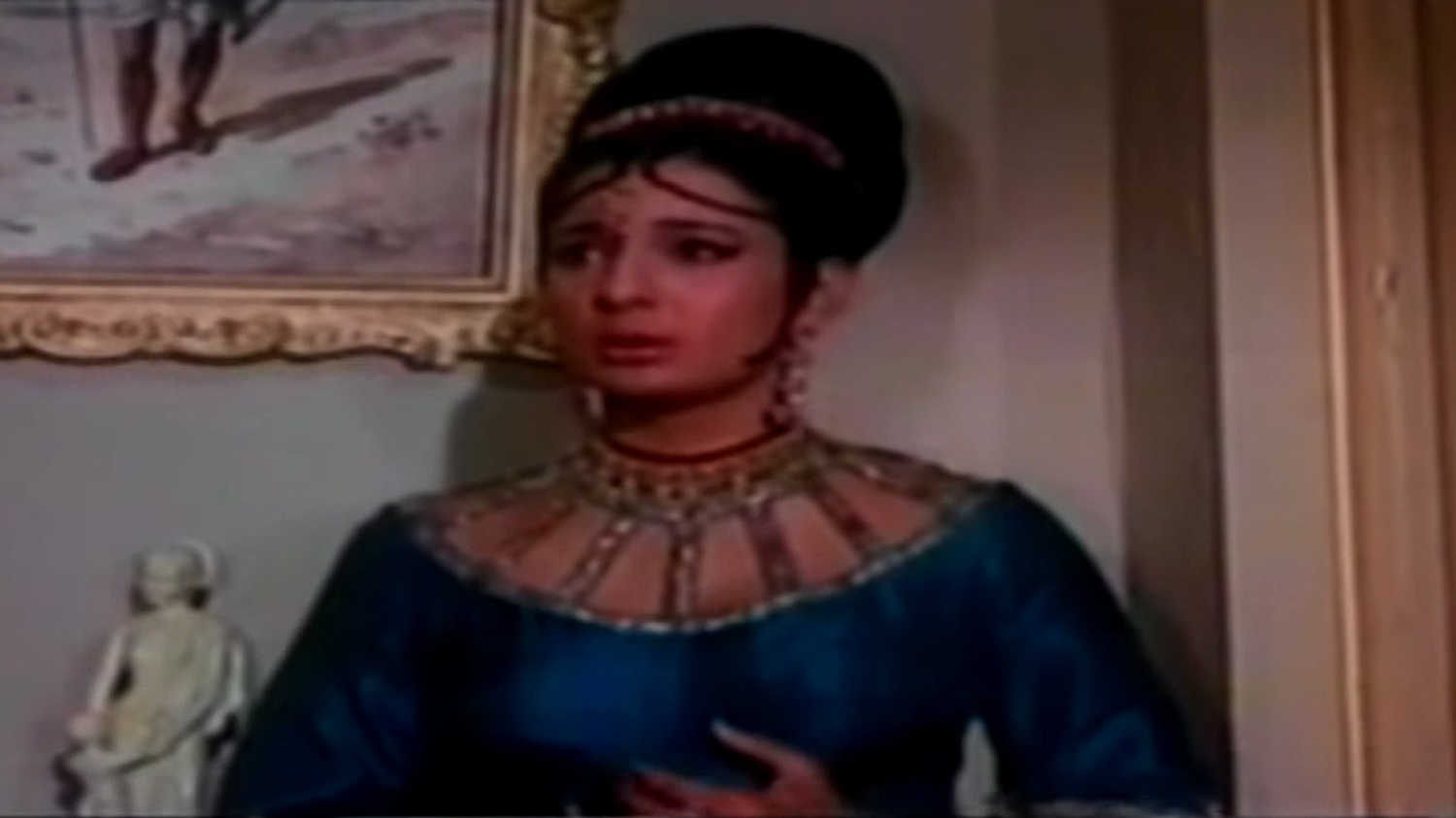 Another southern remake, this time from the Tamil film Panama Pasama (1968), Tanuja stole the show in Paisa Ya Pyar (1969) as a fruit seller pretending to be an heiress from Singapore, Dhanwati. She marries the son of a rich couple, played Shashikala and Ashok Kumar. Shashikala's Lakshmi aspires that her children will marry wealthy and connected partners, but discovers that both her daughter and son marry for love.

Tanuja won the Best Supporting Actress at the Filmfare Awards for her performance. Calling her a "gamin delight", The Indian Express newspaper in May 1970 wrote, “Here again it is Tanuja who saves the evening for the picture-goer with a sharp portrayal that veers fascinatingly between caricature and characterization.” 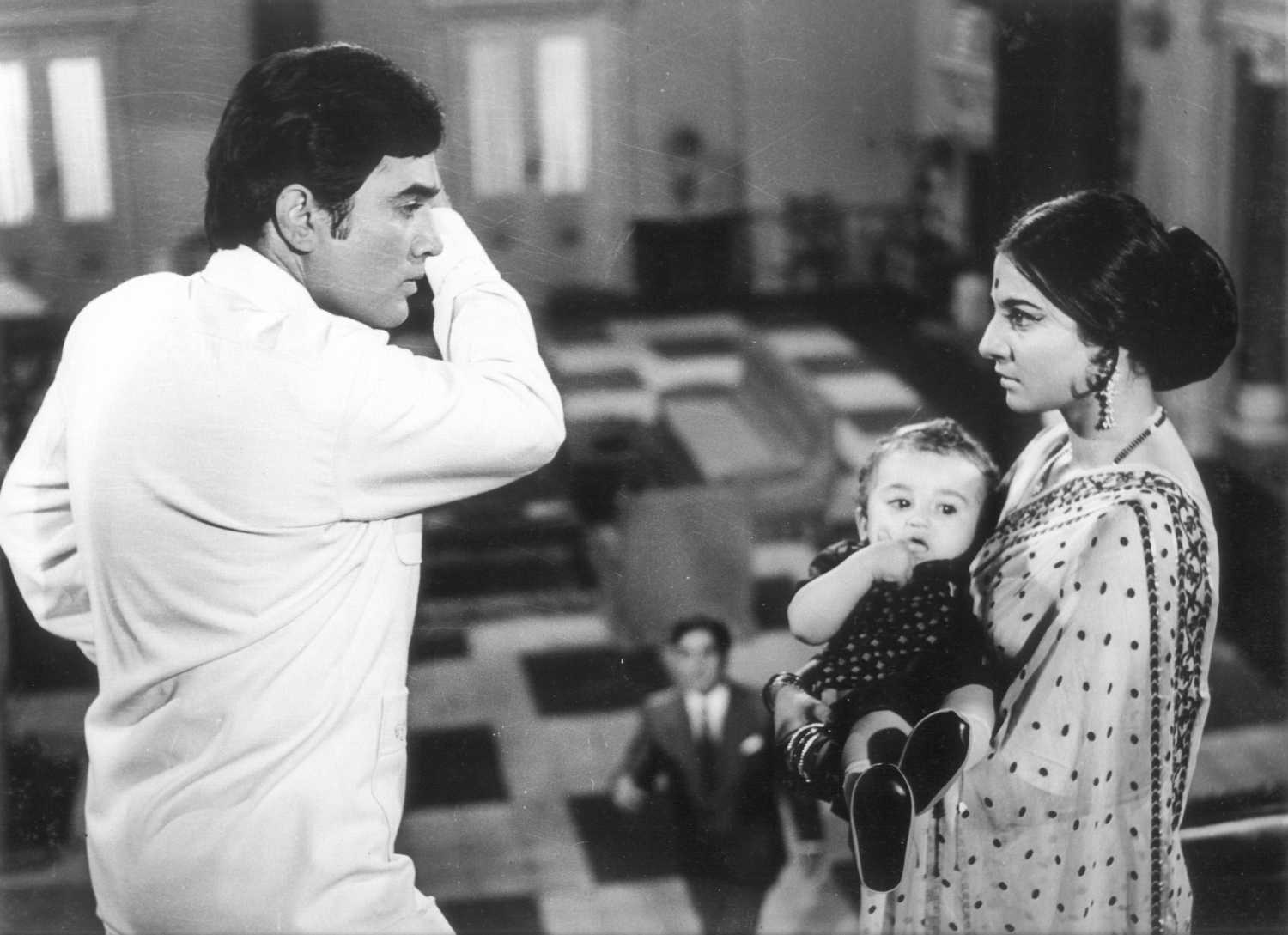 The biggest hit of 1971 was Haathi Mere Saathi, a family film involving the close bond between man and elephant. Tanuja had an important role as superstar Rajesh Khanna's wife Tanu who asks him to choose between his animal friends and his family for the sake of their children. The couple had a tumultuous relationship onscreen and it was eventually Raju's (Khanna) elephant Ramu who reunites his family, sacrificing himself in the process.

The actress recalled the amazing time she had working with the elephants who later grew quite fond of her. In a 2011 Indian Express article, she said her own children were upset with her for her onscreen antics in the film. "For two weeks Kajol did not speak to me. 'Mummy, you killed the elephant! Because of you, he had to die!' screamed Kajol. And Tanishaa was annoyed too," she recalled of showing the film to her daughters when they were six and three. 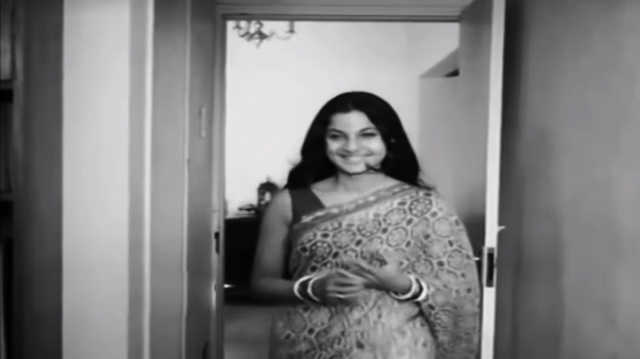 The actress took up the experimental National Award-winning film Anubhav (1971), directed in black and white by Basu Bhattacharya. The film was shot over nine months in Tanuja's own flat, much to the displeasure of her mother, with co-stars Sanjeev Kumar and Dinesh Thakur. The actress revealed that the artistes worked on the film whenever they had the time.

Tanuja and Sanjeev Kumar played a married couple, Meeta and Amar, whose lives are upended by the arrival of Meeta's old boyfriend in Amar's office. Dinesh Raheja of Rediff.com said of Tanuja in the film, "In a vastly underrated performance, Tanuja made evident with the subtlest of gestures the many shifts in her character's psyche."