I walked in Shyam's shoes to get the feel of his character: Tahir Raj Bhasin on playing Manto's best friend

Pathos and angst were always a part of writer Saadat Hassan Manto's life and work, his friendships and genial nature were also a key part of him as a man. It is in his unique friendship with the actor Shyam Chadha that Nandita Das attempts to capture the humanistic side of a writer known to many simply as Manto.

Between him and Manto was a special friendship over a strange word - Hiptulla. Writing in the collection of essays, Stars From Another Sky, Manto says that once the two started an inside joke about criticising anything by saying it lacked 'hiptulla'. The word, Manto reveals, was picked up from the back pages of the sports page by Shyam. Incidentally, it was also the actor's parting gift to his writer friend as Manto departed for Pakistan.

Manto review: This portrait of Manto is charming, engrossing, but not as provocative as his pen

Despite the distance, the two remained close friends till the end, when Shyam died in an accident on the sets of Shabistan (1951). By then, Manto was himself fighting demons of alcoholism.

Speaking to Cinestaan.com, Bhasin revealed that the friendship between Manto and Shyam was lopsided in the beginning. Shyam was just an actor starting out, while Manto was a star in the literary circles of Bombay. "Quite like me and Nawazuddin Siddiqui, where he is today," Bhasin added.

This chemistry is key to adding some levity to Das's film that was released on 21 September.

How was the reception for the film in Cannes?

It was an experience of joy. There was a moment when you realise you are representing the film, the country as part of a larger scheme of things, and it'ss a patriotic moment to watch the standing ovation for the film. When people and audiences across Europe connect to the story

By the time I met her (Nandita Das), I had learnt something of Shyam. I knew that he was a flamboyant, ladies' man. He was also a passionate friend, and overall just had to be boisterous and charming. As an actor, it was very exciting because I was able to show different shades. Today, for the audience, and directors, if you give a good performance, they look at the actor and not the character you were playing.

So, Nawaz and I started readings. She (Nandita Das) liked the chemistry we had, and you will have to ask her as to what she saw in me related to the character. It is an exciting opportunity to be doing something different. The fact that it was set in a period film, and the other names that were involved in it. Be it Nawazuddin, or Zakir Hussain on the music, Resul Pookutty is doing the sound, Sneha Khanwalkar is doing a couple of songs. Cannes was just the cherry on the cake.

Shyam and Manto are the closest of friends, a friendship that influenced his decision to leave for Pakistan. How did you establish that sense of familiarity with Nawazuddin Siddiqui for the character?

Absolutely, Shyam had a tremendous influence on Manto's life and his journey in India and Pakistan. That thread of their friendship runs through the film. That's what made it exciting to play such an iconic man's life, they were artistes trying to make a mark in their own fields. Nawaz and I related to it, as a creative person trying to work in an environment making the best of his creativity. 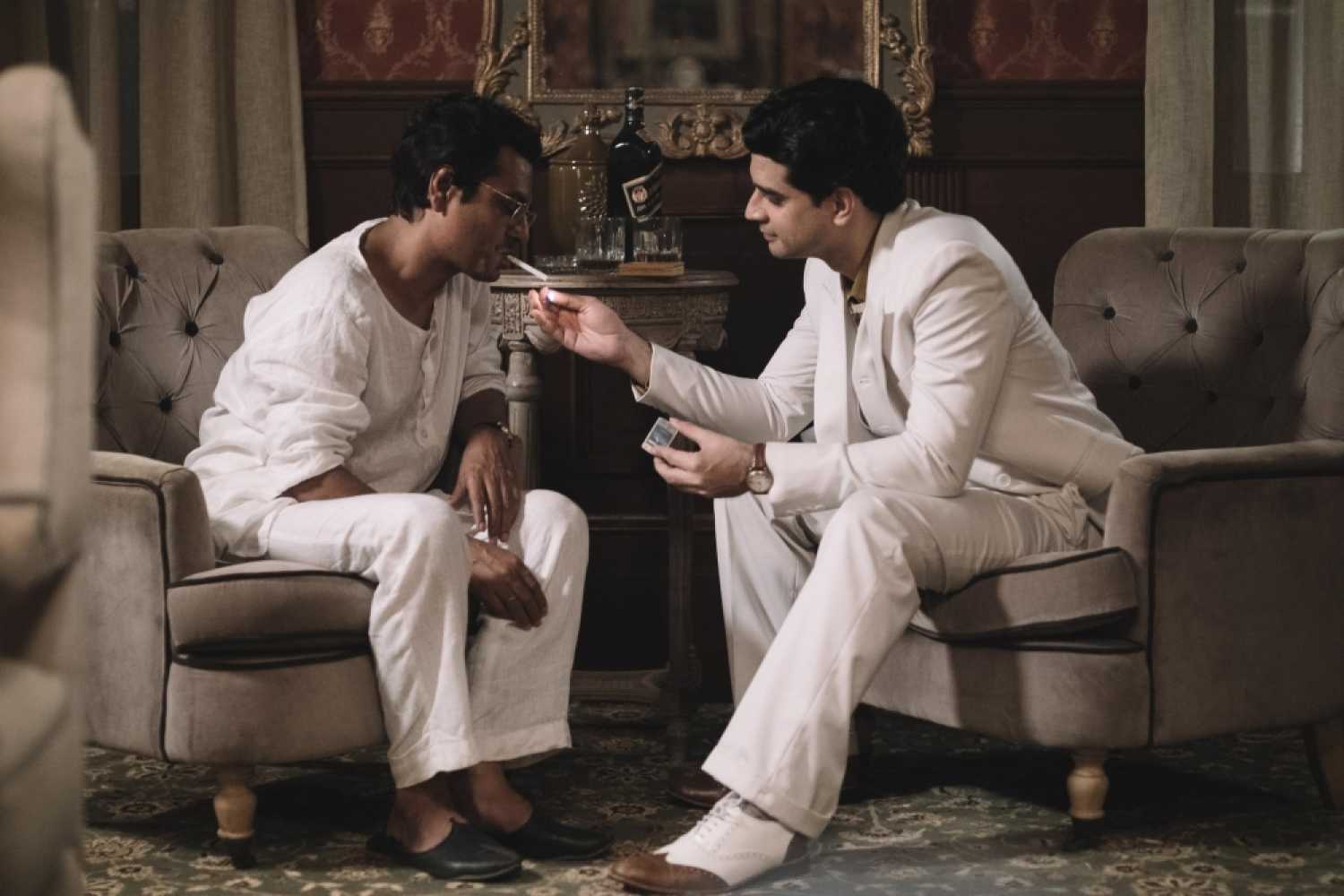 To be able to play that chemistry on screen, we just spent a lot of time talking about the facets of the character that we related to. They were both rebels, they stood against the establishment, against censorship, pro-freedom of speech. These were all things I related to personally.

It was funny because our off screen chemistry was different. Manto was an established star, and Shyam was still on his way trying to make a mark. There was so much similarity between what Nawaz is today in his career, and me having done three films. It was a real life meets reel kind of a scenario.

How much, and what did you research for the character?

There is a lot of responsibility when you play a real character because it is not fiction. There was Manto's book, Stars from Another Sky. Just reading that you get to know the camaraderie that the two shared. They were drinking buddies and loved to spend time together.

I started off with reading Manto's work where he talks about Shyam, called Krishna's Flute. I also watched a lot of Shyam's films from the 1940s and 1950s era. Although, the style of acting that used to exist at that time you can't portray that as the real person. Who he was as a real person really came to me through Manto's writing. He was someone who came from a family where there were people against the thought of being in films. He was in debt over here, and Manto constantly lent him money. He had relationships with a number of actresses, and spoke to Manto about those relationships. 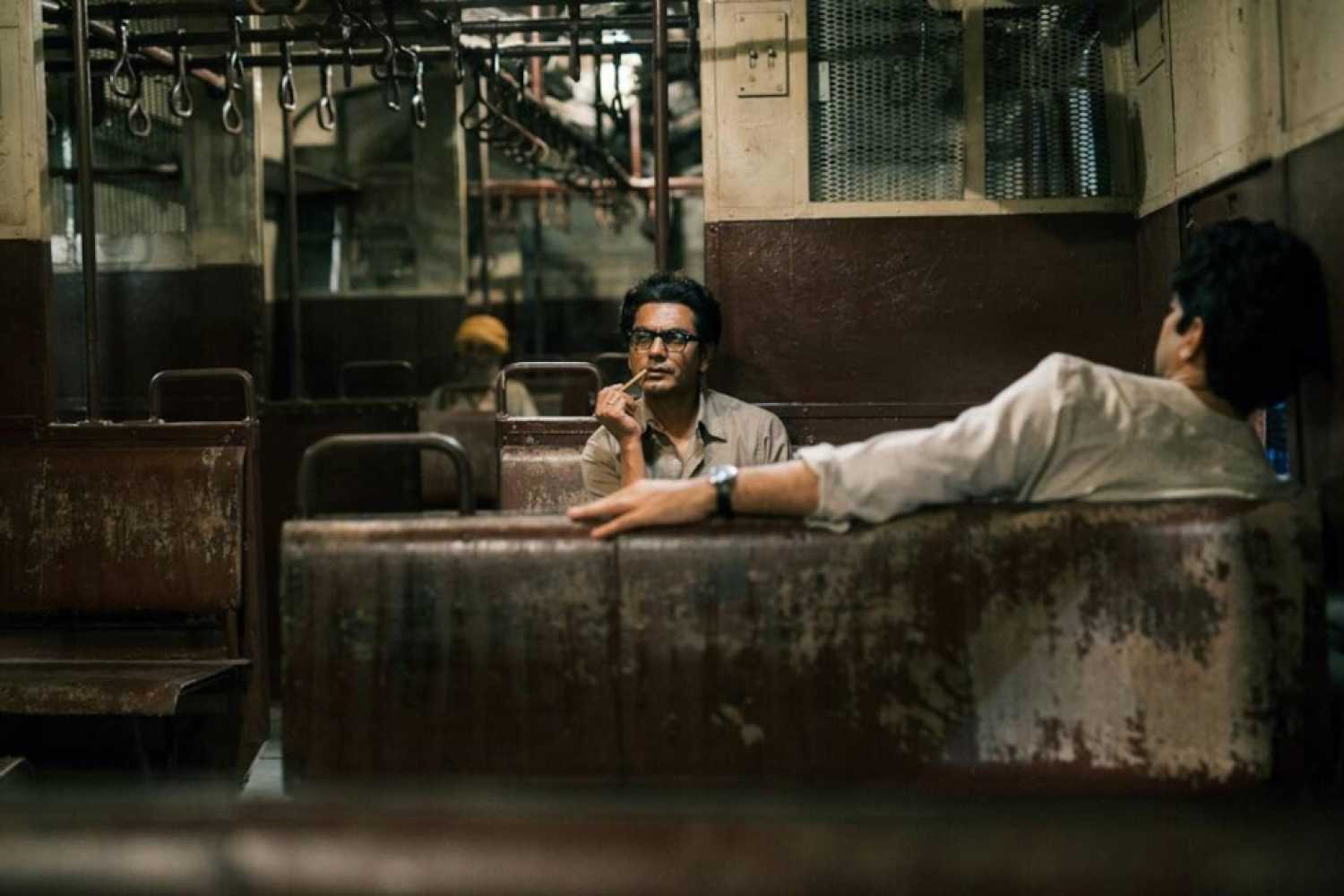 There was an openness between the two of them talking about sexuality, politics, literature and films. It is about making the character larger than life when you look at it from the canvas of an iconic writer. But you also have to look at the human aspect. Once you get a hold of that it becomes easier to play a character.

Rasika Dugal stayed away from gadgets to get a feel of that era, did you have any such quirks to approach the period feel of the film?

Well, there were a number of elements like Shyam's shoes. He was fond of a particular pair. I wore them to get the walk right. If I was to watch films, I would watch films only of that particular era so that you try to get the rhythm at which they talk. There were also workshops with the actors, with the costume team where you wore the costumes and did readings to get a sense of the period.

But a lot also had to do with the technical aspect of the film, when you set up on set, and it is all dressed up to look like a 1940s street. You can have all the imagination you like but the set was a solid 8 [out of 10] for any actor. That was done by a great team.