On the 95th birth anniversary of the legendary actor (he was born on 20 September 1923), we take a look at seven roles that defined the talent, success, and continuous display of skill that defined Akkineni Nageshwara Rao.

Akkineni Nageshwara Rao, a legend who left his indelible mark on both the Telugu and Tamil film industries, will live on in the hearts of his fans forever. The number of classics that he was instrumental in creating in both industries is phenomenal.

ANR, as he was fondly known, was a recipient of a number of prestigious awards including the Dadasaheb Phalke Award and the Padma Vibhushan. On his 95th birth anniversary (he was born on 20 September 1923), we take a look at some of his most spectacular films that continue to be cited as classics in his filmography. 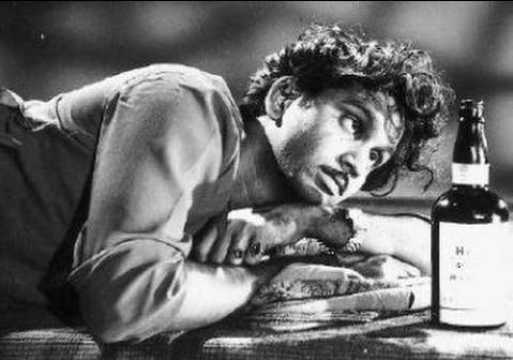 One of Akkineni Nageshwara Rao's finest films, Devadasu is a cult classic. It was first released in Telugu as Devadasu and then, three months later, in Tamil as Devadas. The delayed release in Tamil didn't matter as the film smashed box office records in both languages.

ANR, a versatile theatre artist, also spoke reasonably good Tamil — a factor that did play a part in making him endearing to the Tamil audiences. ANR's performance in this film as Devadas was so impressive that even to this day, many members of the early generation remember the actor when they hear the eternal love story of Devdas. No wonder then that the film went on to become one of the biggest blockbusters of the time.

Although several talented legends of the country have tried to portray Devdas's character on screen in other languages, none have been able to better or even match ANR's portrayal of Devdas, a fact acknowledged by another iconic Devdas — Dilip Kumar.

Directed by LV Prasad, this is one of the most memorable films to have ever been made in both Tamil and Telugu. It is a classic.

Missamma's story revolved around the film's female lead, Savitri. The actress played Mary, a Christian spinster who pretends to be married for the sake of a job. The film reflects the fact that women were not given the short shrift in the Tamil and Telugu film industries.

While ANR was the hero of the film, it was Savitri's character that was the bulwark of the entire film's plot. This did not deter the actor, as he was more than happy to allow her to take the lion's share of the spotlight, while he continued to play his part to perfection.

ANR played the lead in the Telugu version, but his role was played by Gemini Ganesan in the Tamil version. Another highlight of the film was that it had the great Marcus Bartley as cinematographer. Bartley had also worked on two other iconic films of South Indian cinema, Maya Bazaar (1957) and Chemmeen (1965).

The film was a super-hit that ran to full houses in both Andhra Pradesh and Tamil Nadu.

One of the most enjoyable films in the history of Telugu and Tamil cinema, Maya Bazaar is based on a fable from the Mahabharata. The story of Maya Bazaar is based on Sasirekha Parinayam which talks of how Arjuna's son Abhimanyu wins the hand of his sweetheart, Sasirekha, Lord Krishna's niece and Balarama's daughter. It remains one of the most delightful films in the history of Tamil and Telugu cinema. In fact, theatres in Tamil Nadu, to this day, screen this film on special occasions. The film is extremely humourous, but the technology used in the film was far ahead of its time. That is probably why audiences, even today, enjoy the film and relate to it.

The film had quite a few legends of south Indian cinema playing key roles. Krishna was played by NT Rama Rao, while Ghatotkacha was played by SV Ranga Rao, both stalwarts in their own right. They delivered such fine performances that a considerable number of people from the Telugu audience really believed NTR to be Lord Krishna. There have been occasions when some of the devout among the audiences would even perform aarti in theatres every time the actor appeared on screen. Nageswara Rao, a young dashing hero then, played Abhimanyu while Savitri played his love, Sasirekha. The film is testimony to the fact that despite their star value, actors were not averse to working in multi-starrers.

Akkineni Nageshwara Rao, in particular, had no hassles sharing screen space with other legends. With such legends playing their parts to perfection, do we even need to say that this film was a blockbuster?

This one is a classic, not just in Telugu, but also in Tamil and Hindi. While Akkineni Nageshwara Rao played the lead in the Telugu version, the lead in the Tamil version was played by none other than the legendary Sivaji Ganesan, while Rajesh Khanna took on the role for the Hindi version of the film. In Tamil, the film was titled Vasantha Maaligai (1972).

Directed by Prakash Rao, Prem Nagar was based on a novel by Aarikepuddi Kausalya Devi. The film had over 10 songs, many of which went on to become superhits. Nageshwara Rao as the alcoholic, madly in love with his soulmate, stunned audiences with his performance and the film blazed its way to glory at the box office.

One of ANR's unforgettable performances was in the film Premabhishekam. The film is a heart-wrenching love story that expresses the passion of true love. It is about a hero, who pretends to insult the heroine, in a bid to get her to reject him since he is terminally ill. The film emerged as one of the biggest hits of the Telugu film industry. In fact, it held the record for having been the film to have run the most number of days in a city for a very long time. It is believed to have had a run of 533 days in Hyderabad.

Starring Sridevi and Jayasudha along with ANR in the lead, it was directed by the legendary Dasari Narayana Rao. The film was such a huge success that it was remade in Tamil as Vaazhvey Maayam (1982) with Kamal Haasan reprising Nageshwara Rao's character and Sridevi in her original role. The Tamil version also ended up being a blockbuster. Both Premabhishekam and its Tamil counterpart, Vaazhvey Maayam, are considered gems in the respective film industries.

ANR continually proved that age is just a number. After having impressed audiences by playing a dashing hero, he continued to evolve into a senior actor in the industry. Seetharamiah Gari Manavaralu, which was released on 11 January 1991, exactly 50 years after he made his debut, was another fantastic hit.

The film saw ANR playing the pivotal role of Seetharamaiah, the grandad of Seetha, played by actress Meena. The film was about the love of family. The story is about a granddaughter who is visiting her grandparents. However, she is scared of breaking the news about the deaths of her father and mother to her grandparents for fear of hurting them. The film was critically acclaimed and was showcased in the Indian Panorama section of the 1991 International Film Festival of India. Yet another feather in the cap of ANR!

Akkineni Nageshwara Rao was an actor who really loved the art with all his heart. He continued to act right till the end of his life. That was the reason he chose to continue to act in Manam, despite having been diagnosed with colon cancer and undergoing a major laparoscopic surgery. The decision stunned many, but Nageshwara Rao was clear about what he wanted.

Manam was a befitting send-off from his son Nagarjuna. Manam, which means 'We' in Telugu, featured his son Nagarjuna, his grandson, Naga Chaitanya, his daughter-in-law Amala Akkineni and his grandson Naga Chaitanya's future wife, Samantha Akkineni. Knowing that he had very little time on his hands left, he completed all his portions, including the dubbing for the film.

The biggest irony was that he did not live to see the release of the film. ANR died on 22 January 2014 and the film was released four months later on 23 May 2014. The film, which was made on a budget of Rs28 crore, was a superhit and completed a 100-day run in Andhra Pradesh. It made a total of Rs36 crore at the box office.