A careful peek into the career of the veteran filmmaker reveals how his stories are inspired from his personal experiences.

Each filmmaker has his/her own style and language of filmmaking. A careful peek into the career of veteran filmmaker Mahesh Bhatt reveals how his stories are inspired from his personal experiences.

Born to a Hindu Brahmin father [filmmaker Nanabhai Bhatt] and a Muslim mother [actress Shirin], Bhatt is well-versed with the challenges an inter-faith marriage poses. He was first married to Lorraine Bright, the mother of Rahul and Pooja Bhatt. The filmmaker was later in a relationship with yesteryear star Parveen Babi, but that relationship ended sourly. He later married actress Soni Razdan, with whom he has a daughter, actress Alia Bhatt. 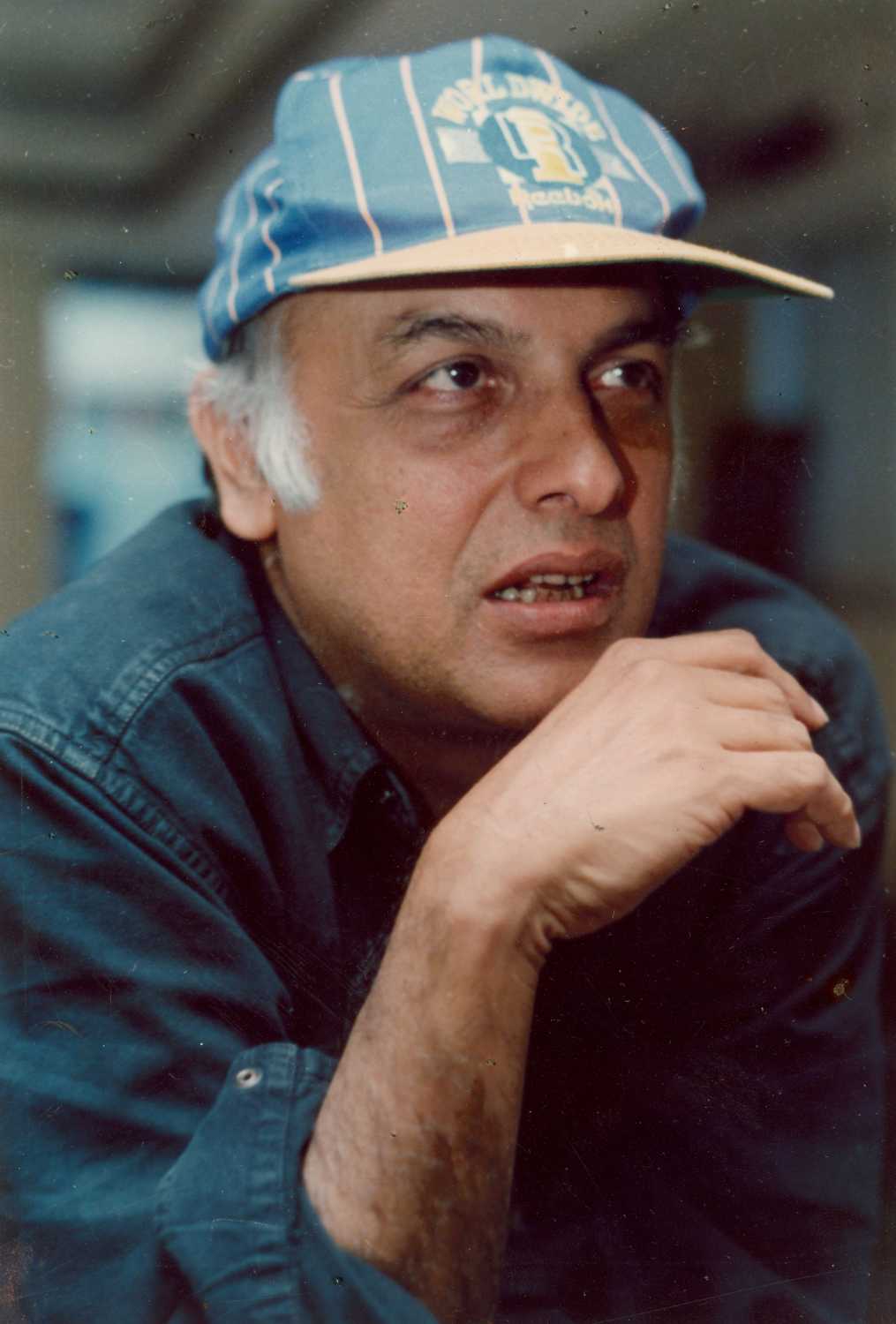 The ups and downs in his personal would go a long way in influencing his films. Unconventional films with subjects like infidelity, grief, patriarchy, greed and religious intolerance became his trademark style for sensitive storytelling.

As the filmmaker turns 70 today (he was born on 20 September 1948), we revisit seven human interest stories that Bhatt came up with. 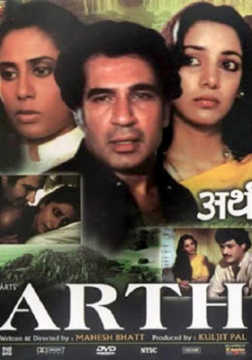 Mahesh Bhatt's life is an open book and he has spoken about his personal life, especially relationships. After reaping success with Lahu Ke Do Rang ((1979), Bhatt would make a mark as a serious filmmaker with the romantic drama Arth (1982).

Arth was partly based on Bhatt’s personal experiences and his understanding of human relationships. 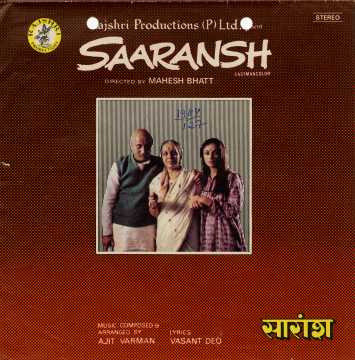 Mahesh Bhatt discovered the meaning of life through a tragic tale in Saaransh. The film marked the debut of Anupam Kher, who would go on to win the Filmfare Best Actor award that year.

It presented the story of a middle class man, BV Pradhan (Kher) who struggles to come to grips with the loss of his only son who is killed in a mugging incident in New York.

From nearly ending his life to fighting for his pregnant tenant Sujata against powerful foe Vishwanath (Suhas Bhalekar), Pradhan discovers a new purpose to life. The flowers that bloom in the garden where he immersed his son’s ashes, make him discover the truth of life and death. 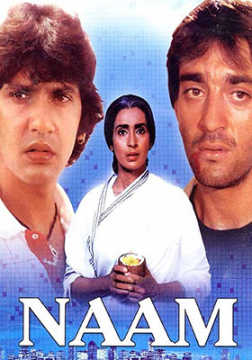 The film’s page on Wikipedia describes Naam as a crime thriller. However, while crime was central to the plot, this was another emotional story of separation directed by Mahesh Bhatt.

An overly ambitious Vicky (Sanjay Dutt) falls prey to his own greed as he lands in web of crime in Dubai. The sacrifices of his idealistic brother Ravi Kapoor (Kumar Gaurav) and other Janki (Nutan) count for nothing as Vicky is unable to reach out to his family.

Naam dwelled on the subject of labour exploitation. The plight of many men like Vicky was exemplified through the classic 'Chithi Aayi Hai' song by Pankaj Udhas. The blockbuster film changed the careers of Dutt and Bhatt. 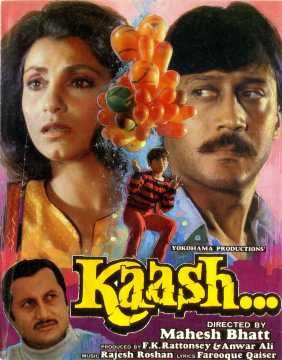 In Kaash (1987), popular film star Ritesh hits rock bottom after a series of flops. His wife Pooja (Dimple Kapadia) takes up a job to help the family survive. The patriarchal mindset of Ritesh resents the idea of his wife working. Pooja makes the tough choice of leaving Ritesh. They later come back together for Romi (Master Makrand), their son who is diagnosed with a tumour. In the process, the two rediscover themselves.

Kaash is counted among the finest tearjerkers of its time. A sensitive portrayal of human emotions and sufferings became the USP of Mahesh Bhatt’s films. His realistic subjects helped the audience connect to his stories.

Masala action films ruled the 1980s and 1990s. Mahesh Bhatt, however, did not compromise on his filmmaking ethos and stuck with his human interest stories.

In Aashiqui (1990), he launched two young kids — Rahul Roy and Anu Agarwal. They were hardly your conventional Bollywood hero-heroine, but they were destined to achieve fame of phenomenal levels. They played singers torn apart by professional insecurity, and that story had similarities to Amitabh Bachchan and Jaya Bachchan's (then Bhaduri) Abhimaan (1973).

While the story was fairly predictable, the endearing music enthralled all. The film will forever be remembered for its soothing music. Nadeem-Shravan and Kumar Sanu shot to fame with Aashiqui. 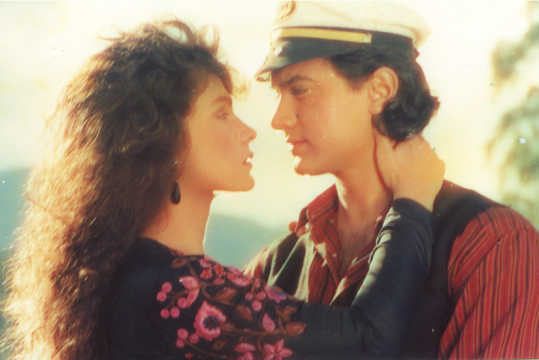 Mahesh Bhatt tried his hand at a road trip in Dil Hai Ke Maanta Nahin. Pooja (Pooja Bhatt) runs away from her marriage, as she wants to be with her love, actor Deepak (Sameer Chitre). She bumps into a witty, blunt reporter Raghu (Aamir Khan). Pooja ends up falling in love with Raghu, who is tasked with helping her reunite with her boyfriend. Aamir and Pooja made for a great on-screen pair.

The plot was similar to Raj Kapoor-starrer Chori Chori (1956) and the Tamil film Chandrodyam (1966). The two films were themselves inspired by Hollywood film It Happened One Night (1934). 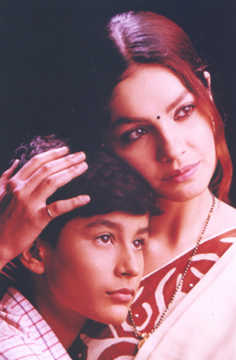 Mahesh Bhatt decided to open old wounds through Zakhm (1998). His mother was a Muslim, married to a Hindu. Bhatt cast his own daughter Pooja in a role that had shades of his mother. He used the Hindu-Muslim riots as a background to portray an emotional, fictional drama where Ajay (Ajay Devgn) learns of his mother’s plight, who was left burnt in the riots.

Bhatt cast superstar Nagarjuna Akkineni as the Hindu man who left helpless because of religion as his family does not accept his Muslim partner. Not many filmmakers dared to touch such subjects. The film helped Devgn win a National Award for Best Actor. Kunal Khemu, who played the role of a young Ajay, also won the National Award for Best Actor. Bhatt has been an advocate of peace, and his Zakhm was a reminder of how hatred only caused pain and divided people.