The story begins in the exquisitely designed palace, Rang Mahal, of a king designed by the sculptor Chitrasen (Raaj Kumar). The happy king asks the artist to ask for his reward and overcome with emotion, Chitrasen asks for the hand of the princess Neel Kamal. 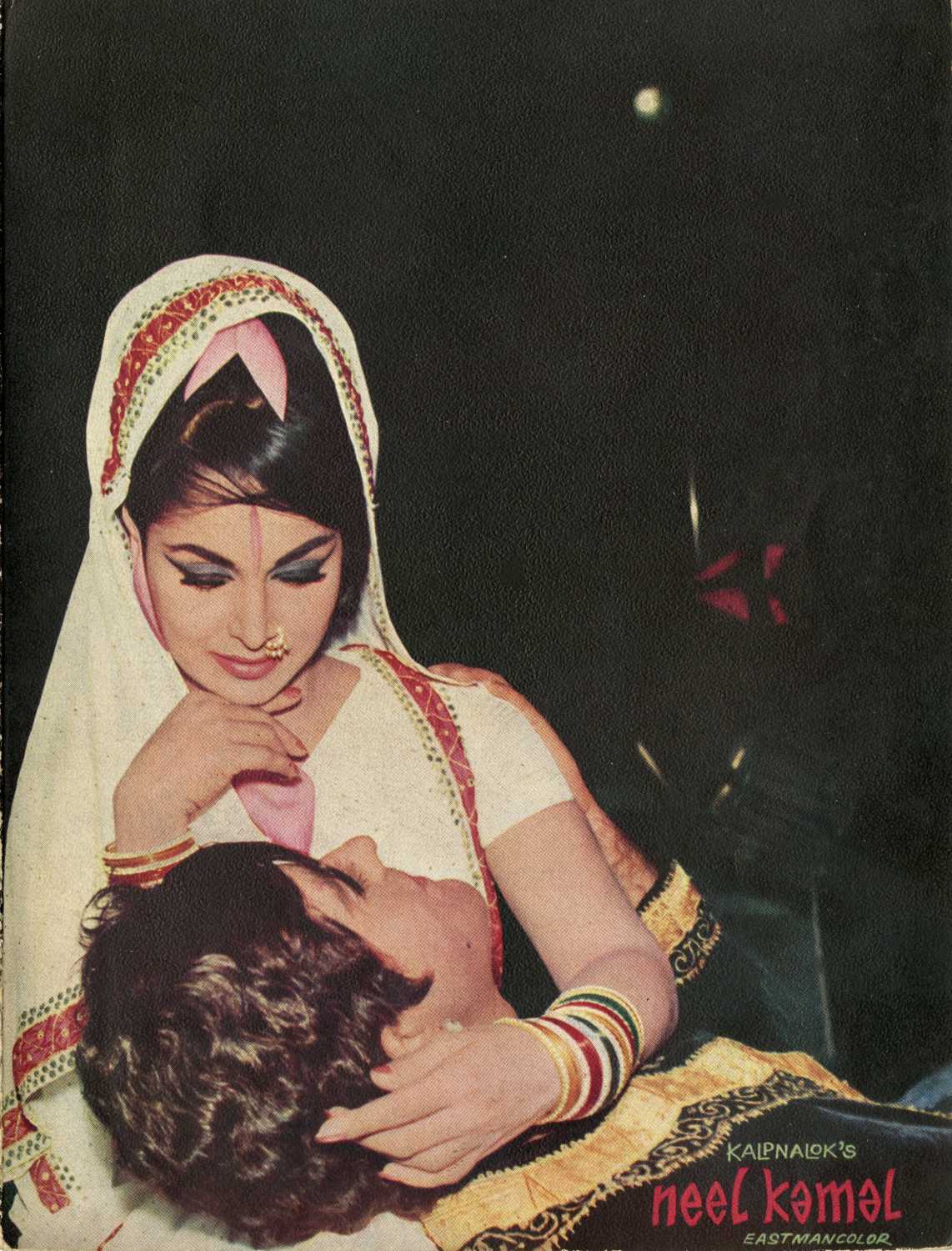 The king, shocked and angry, admonishes him for overstepping his bounds and when he persists in his love for the princess, the king sentences him to death. In a role reversal from Mughal-E-Azam (1960), it is sculptor Chitrasen who is sentenced to being buried alive after daring to love Rajkumari Neel Kamal.

Decades pass, a young woman Sita (Waheeda Rehman), the beloved only child of a widower (Balraj Sahni), bearing a striking resemblance to the princess from the past, is visiting the ruins of Rang Mahal when she faints at the site.

On her way home, waiting at the train station, Sita begins sleepwalking on the train tracks. The appearance of his ‘princess’ has awakened the spirit of Chitrasen and he beckons her to come join him. A gallant Ram (Manoj Kumar) comes to her rescue and saves her from certain death and the two begin to like each other.

However, Sita’s sleepwalking woes plague her. She cannot recall where she’s been or why and people begin to assume the worst of her. Her father is summoned to the hostel where the principal (silent era actress Sulochana) informs him that Sita must be expelled for her night time excursions.

Strangely, after Sita is examined by a doctor, he suggests to her father that it would good for her to be married off to get her mind away from this. Even more strangely, her caring father complies. Upon the suggestion of their respected Guruji (veteran actor David), her marriage is arranged with the son of a wealthy Thakur, who turns out to be Ram.

At this point, the second famous song from the soundtrack composed by Ravi plays. Father and daughter have an emotional goodbye in ‘Baabul Ki Duaayein Leti Jaa’, sung once again by Mohammed Rafi.

The second half of Maheshwari’s film falls apart as it descends into a saas-bahu saga. Ram’s mother is played by Lalita Pawar while his spoilt sister Chanchal is played by Shashikala. When the pair discover Sita’s sleepwalking illness, they make life miserable for her.

This reincarnation drama has none of the finesse of the Bimal Roy’s Madhumati (1958) which got audiences invested in the love story of Anand and Madhumati. Here, the two storylines (and parallel love stories) are disjointed. Many scenes are wasted upon the antics of Mehmood, who plays the ghar jamai Girdhar, Chachal’s husband, and Shashikala.

However, when the film released on 2 September 1968 it was a commercial success. Re-watching the film now, one is struck by how much the film reflects the regressive ideals of the time. Unfortunately, it makes for unappealing characters in the film written by Binoy Chatterjee, with a story by Gulshan Nanda. 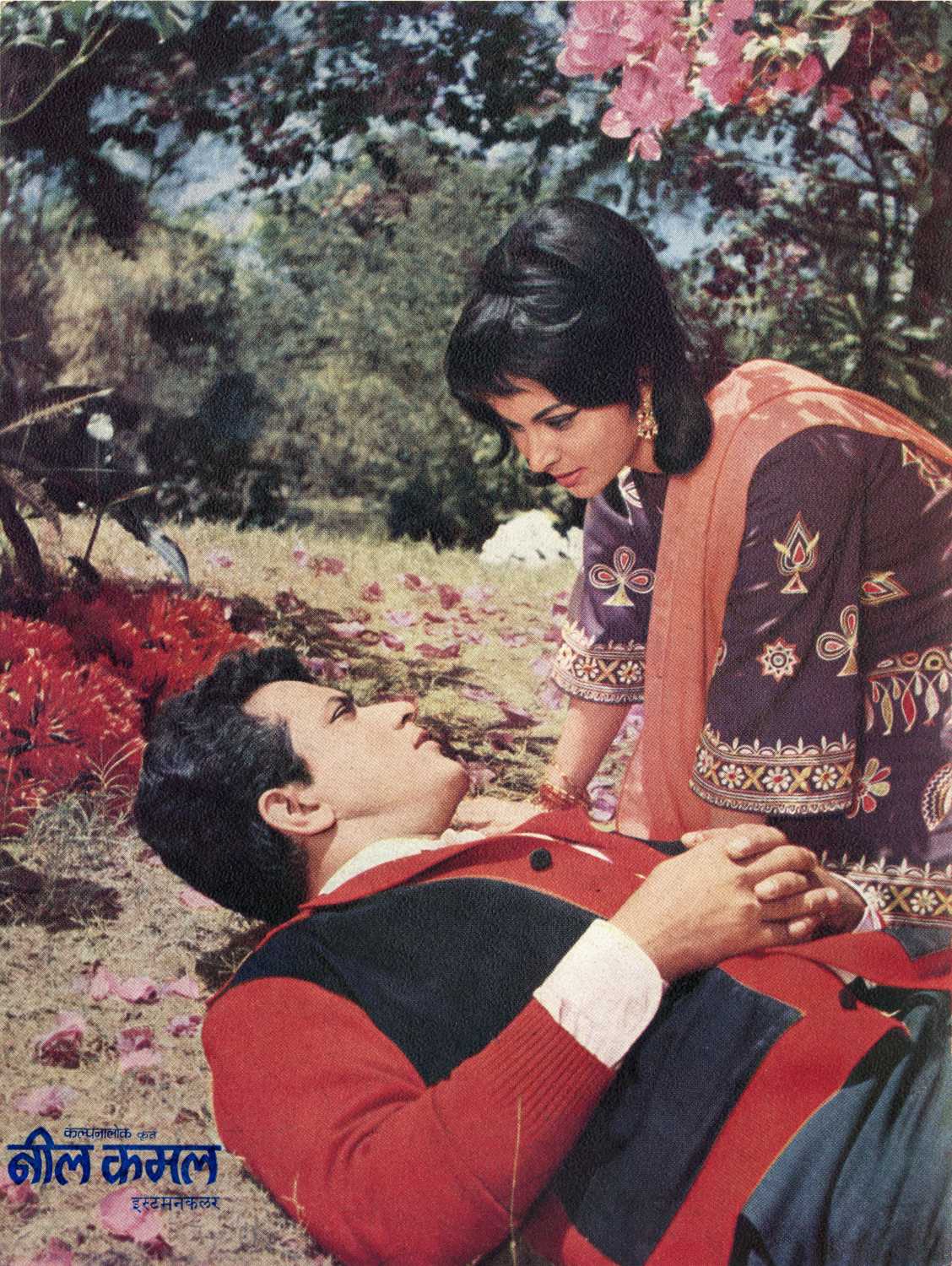 Rehman’s Sita is too stoic and forgiving. After a role of a lifetime in Guide (1965) as Rosie, Rehman seemed to play a complete opposite in this film. The actress is given a chance to show off her dancing skills in the songs. Her acting talents aren't tested much, except for the final 10 minutes where she finally remembers her past life. Therefore, it’s surprising to learn that she won her second Filmfare trophy for Best Actress for this part.

Manoj Kumar’s Ram comes across as weak, uncaring and spineless. He leaves his new bride alone and heads for a solo trip instead of supporting her against allegations from his mother and sister. Ram is quick to believe the worst of his wife, especially when their first encounter came when he rescued her while sleepwalking.

Only Raaj Kumar’s tortured artist manages to remain unscathed. Poor Chitrasen has to concede his love across generations in Neel Kamal. It's no coincidence that Rehman's character is named Sita in her next life. Like her namesake, she must prove her innocence at every step.