The film, starring Dilip Kumar and Vyjayanthimala, not only enjoyed sweeping commercial success, but also won the National award for Best Feature Film in Hindi and nine Filmfare awards.

Bimal Roy’s Madhumati (1958) is one of the most popular films in Hindi cinema. The film, starring Dilip Kumar and Vyjayanthimala, not only enjoyed sweeping commercial success, but also won the National award for Best Feature Film in Hindi and Filmfare awards in nine categories, setting a record that was broken only 37 years later by Dilwale Dulhania Le Jayenge (1995).

The first paranormal romance in Hindi cinema, Madhumati was the result of collaboration by a host of legends. Ritwik Ghatak and Rajinder Singh Bedi wrote the script and the dialogues, respectively. Salil Chowdhury composed the music. Shailendra wrote the songs. Hrishikesh Mukherjee edited the film.

The director himself, known for his realistic and socially relevant films like Udayer Pathey (1944), Maa (1952) and Do Bigha Zameen (1953), was initially criticized for making a film which was primarily a romance in the Gothic noir genre. 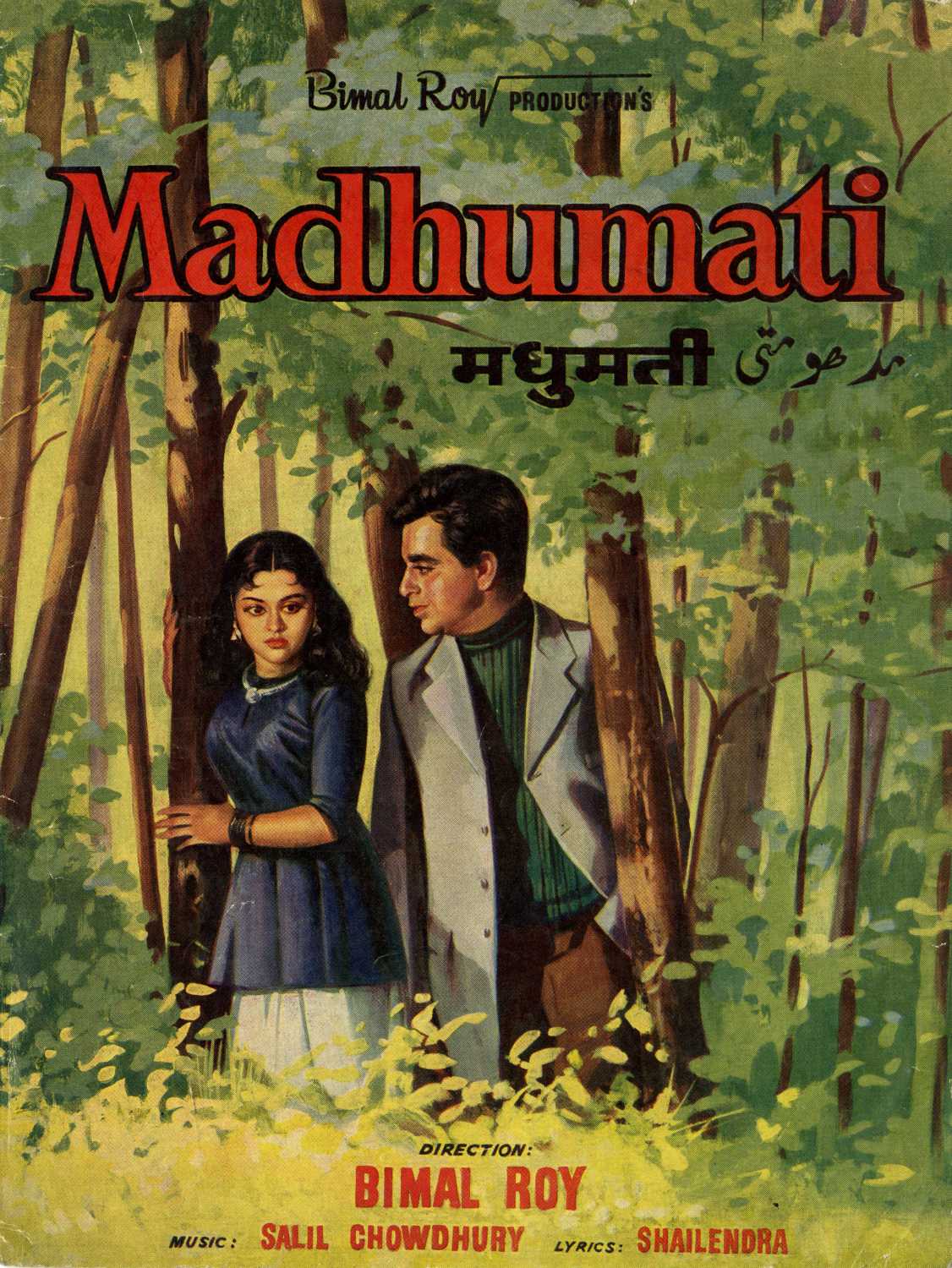 Naveen Gupta, in his article titled Madhumati: Bimal Roy’s Reincarnation Saga, wrote that Dilip Kumar could sense the director's passion when the latter gave him the first narration, along with Ghatak; however, some “dampened the coals by telling Roy that it was a risky film with reincarnation in layers that might be difficult for the viewer to absorb. But there were others like his editor Hrishikesh Mukherjee, who egged him on to experiment with a genre that offered wonderful cinematic prospects”.

Monobina Roy, wife of the legendary director, said in a documentary on Bimal Roy, titled Portrait Of A Director, “The critics were extremely critical of my husband for making Madhumati. They raised the question why should a director, who made Do Bigha Zameen, make a film like Madhumati. In this regard, I remember a saying by [Satyajit] Ray, 'Only once we get to lead our life; why should we make one kind of film and stick to a formula? We will make whatever we wish to'."

According to many contemporary artistes, however, Madhumati’s success owed primarily to its songs and the flawless cinematic experience the film offered than the content itself.

Saiam ZU wrote in his book titled Houseful: The Golden Years of Hindi Cinema: “One of the captivating reincarnations stories that set off a chain of such films [Milan (1958), Kudrat (1981), Karan Arjun (1995)], Madhumati captivated the nation with its theme and music, setting benchmarks for quality in Indian cinema. There is not a moment of ennui in the three-hour film. From the opening shot of a car weaving its way in blinding rain in the hills to the closing frame of the leading pair embracing on a railway platform, Madhumati stands out as a film.” 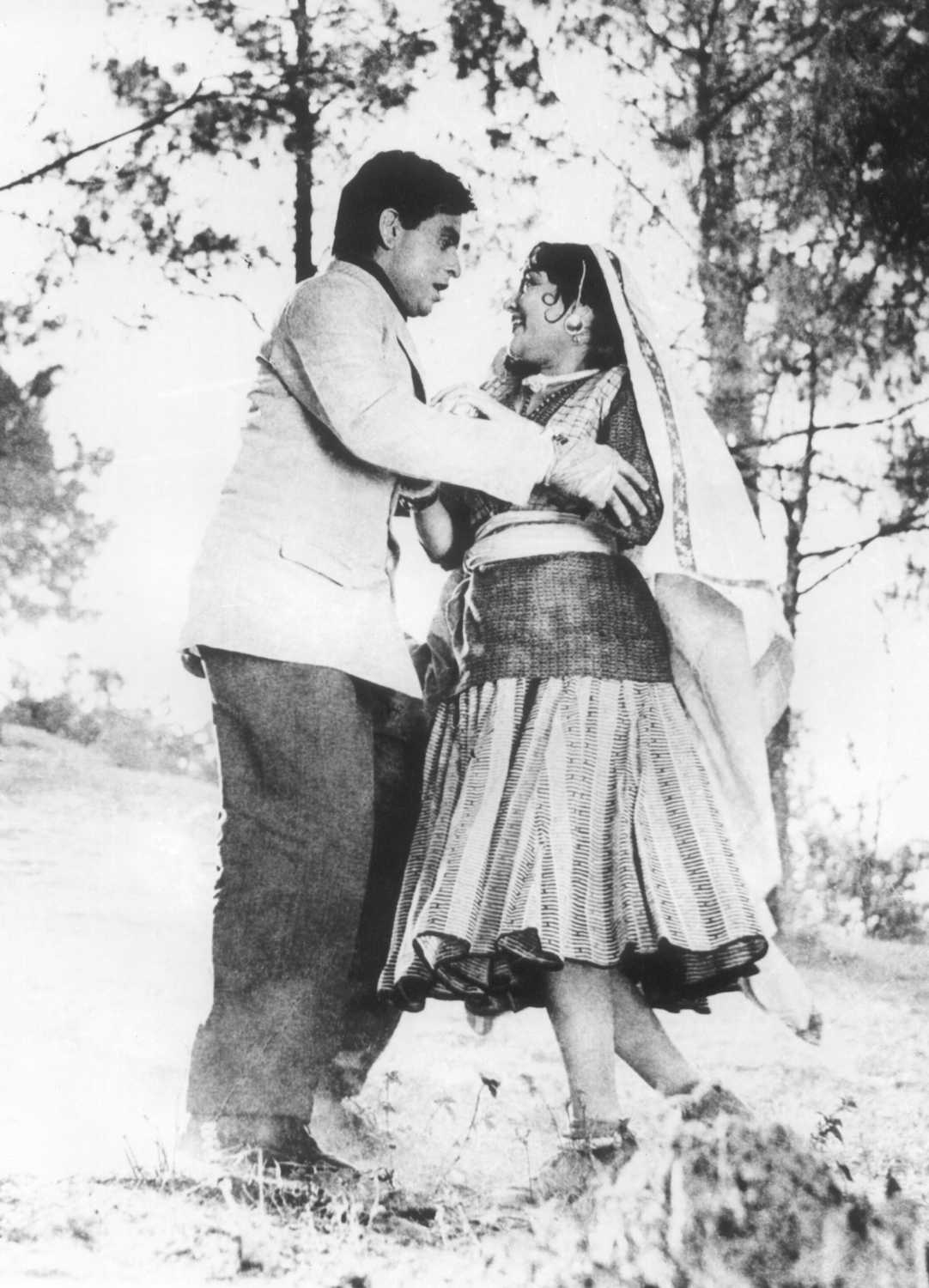 Madhumati was also the first Indian film to have an international launch. “A bashful Bimal Roy created a sensation by performing the muhurat ceremony of Madhumati in front of the Karlovy Vary International Film Festival Theatre in Czechoslovakia. Dilip Kumar faced the camera while Soviet actress Tatyana Konjuchova switched on the camera,” wrote Gupta in his article, commenting on the film’s international reception.

The film was a milestone in Salil Chowdhury’s career as well. Until Madhumati was released, Chowdhury was regarded as a flop music director. It was rumoured that the stars of the film were quite opposed to Chowdhury working as composer on the film; however, Bimal Roy was not to be discouraged and his faith allowed the duo, Chowdhury and Shailendra, to create history. Chowdhury reportedly signed 19 films after the release of Madhumati.

Chowdhury’s research in folk music was reflected deeply in the songs of the film, including in 'Chadh Gayo Paapi Bichua', 'Zulmi Sang Aankh Ladi' and 'Ghadi Ghadi Mora Dil Dhadke', as he used Assamese folk tunes in them.

That the film was an all-out triumph for Salil Chowdhury was seen from the fact that Lata Mangeshkar counts 'Aaja Re Pardesi' among her 10 best songs ever, Gupta wrote. "She confesses to love all the songs of Madhumati and recounted in an interview that it was a special day when the theme song, 'Aaja Re Pardesi', was recorded as Shailendra gave her flowers and the reticent Bimal Roy, not given to praise, came forward to congratulate her." The perfectionist that Roy was, he had reshot 'Aaja Re Pardesi' because he was not happy with the results.

Chowdhury, on the other hand, shared in the Roy documentary, “People praise Raj Kapoor and Guru Dutt for song picturization but Bimalda’s picturization of Madhumati songs will beat all. The way he conceived 'Aaja Re Pardesi' and 'Suhana Safar' was unparalleled. Although he was not much of a musical man, his sense of rhythm, shot division, from extreme long shot to close-ups, he was a master of it.” 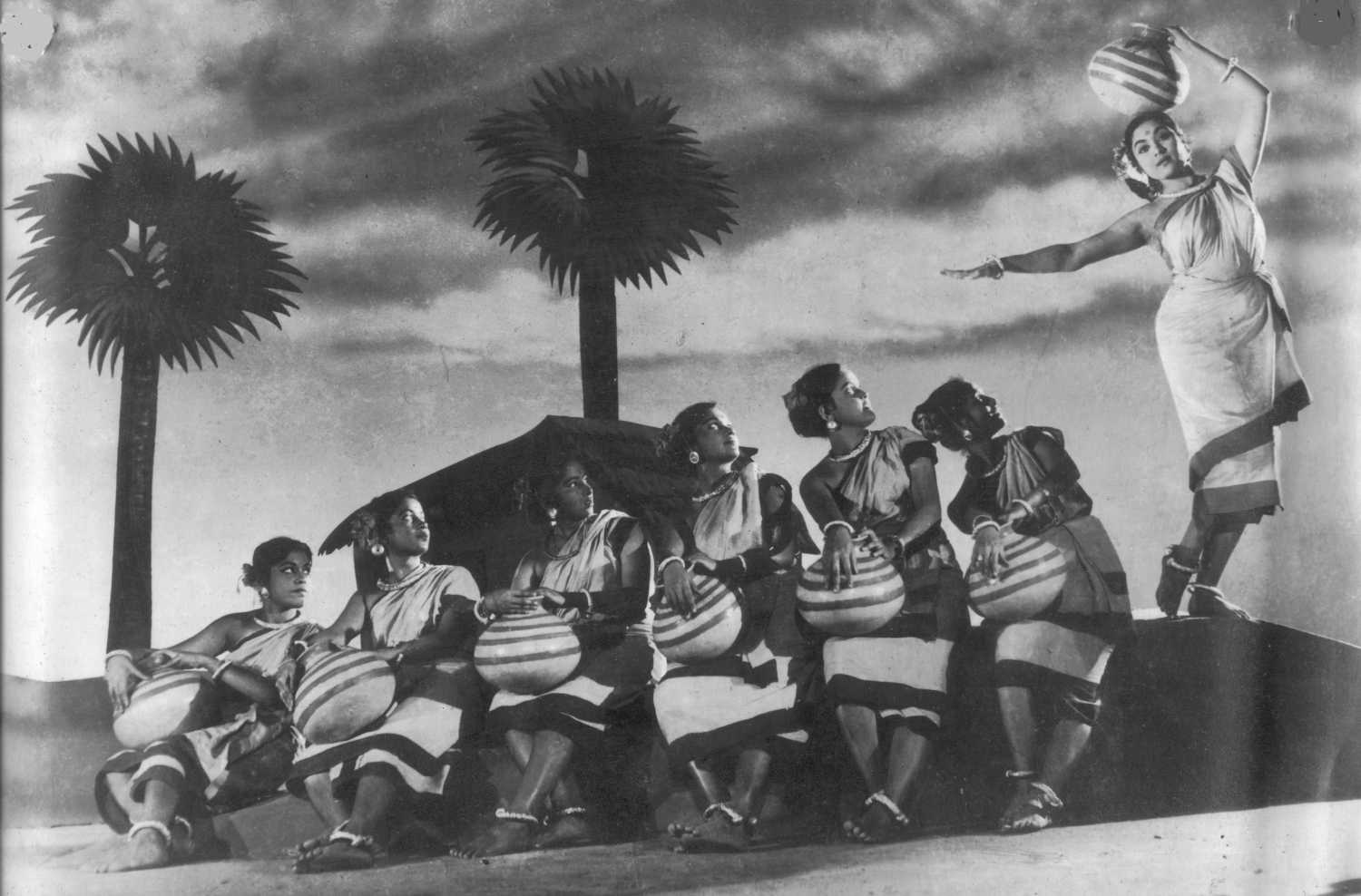 However, Roy's editor Mukherjee had a different view on the film. “I personally feel Madhumati was made for survival," he explained. "He was loved by Dilip Kumar, Vyjayanthimala but after Madhumati, he made films such as Sujata and Bandini.”

Be that as it may, Madhumati not only won hearts for delivering an engaging and simple storyline bereft of any intrusion, but it also bore significance for producer-director Roy’s hard work, conviction and sacrifice of even giving up the director’s fee for the film.