The filmmaker hasn’t looked anywhere else ever since he worked with Akhtar for the first time in Lagaan: Once Upon A Time In India (2001).

Legendary lyricist Javed Akhtar has been roped in to pen the songs for Ashutosh Gowariker’s next historical drama, Panipat: The Great Betrayal. Starring Arjun Kapoor, Sanjay Dutt and Kriti Sanon, the film is based on the third battle of Panipat between the Marathas and the Afghans in 1761.

An official note from the makers said, “Javed Akhtar collaborates with Ashutosh Gowariker for their seventh film together. Poetry sessions and brainstorming begins for Panipat.”

Panipat sees Kapoor and Dutt in the roles of Sadashivrao Bhau and Ahmed Shah Abdali. It is speculated that Sanon will be playing Sadashivrao’s second wife Parvatibai, but there hasn’t been any official confirmation on the same.

This will be yet another huge budget period product by Gowariker. According to sources, the film’s budget is touted to be over Rs100 crore.

Panipat will be released on 6 December 2019. 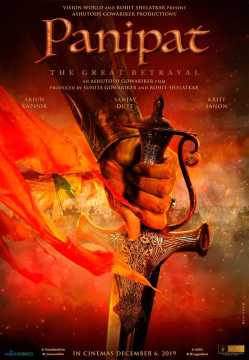