Raaj Grover's book has stories on yesteryear stars no one else had heard of: Priya Dutt


Celebrities including Dharmendra, Prem Chopra, Zarina Wahab and Ranjeet launched Grover’s book, titled The Legends of Bollywood and reminisced about the past and making movies together.

It was warm and joyous reunion on Monday, 10 September, as heroes, heroines and villains from the 1960s to the 1980s reunited to launch Raaj Grover’s book, The Legends of Bollywood, published by Jaico Books. Actors Dharmendra, Prem Chopra, Ranjeet, filmmaker Mahesh Bhatt, actresses Tabassum, Zarina Wahab, and Leena Chandarvarkar were on hand to wish their old friend, the former head of Sunil Dutt's Ajanta Arts and filmmaker, on his new endeavour.

Priya Dutt, daughter of Grover’s mentor and friend Sunil Dutt, introduced the book at the launch. All the sales from the book will go to the Nargis Dutt Foundation which helps cancer patients. Grover had previously published the book in Urdu and Hindi titled Yaadein Zaara Zaara and it has been translated into English by Suchitra Iyer as The Legends of Bollywood. 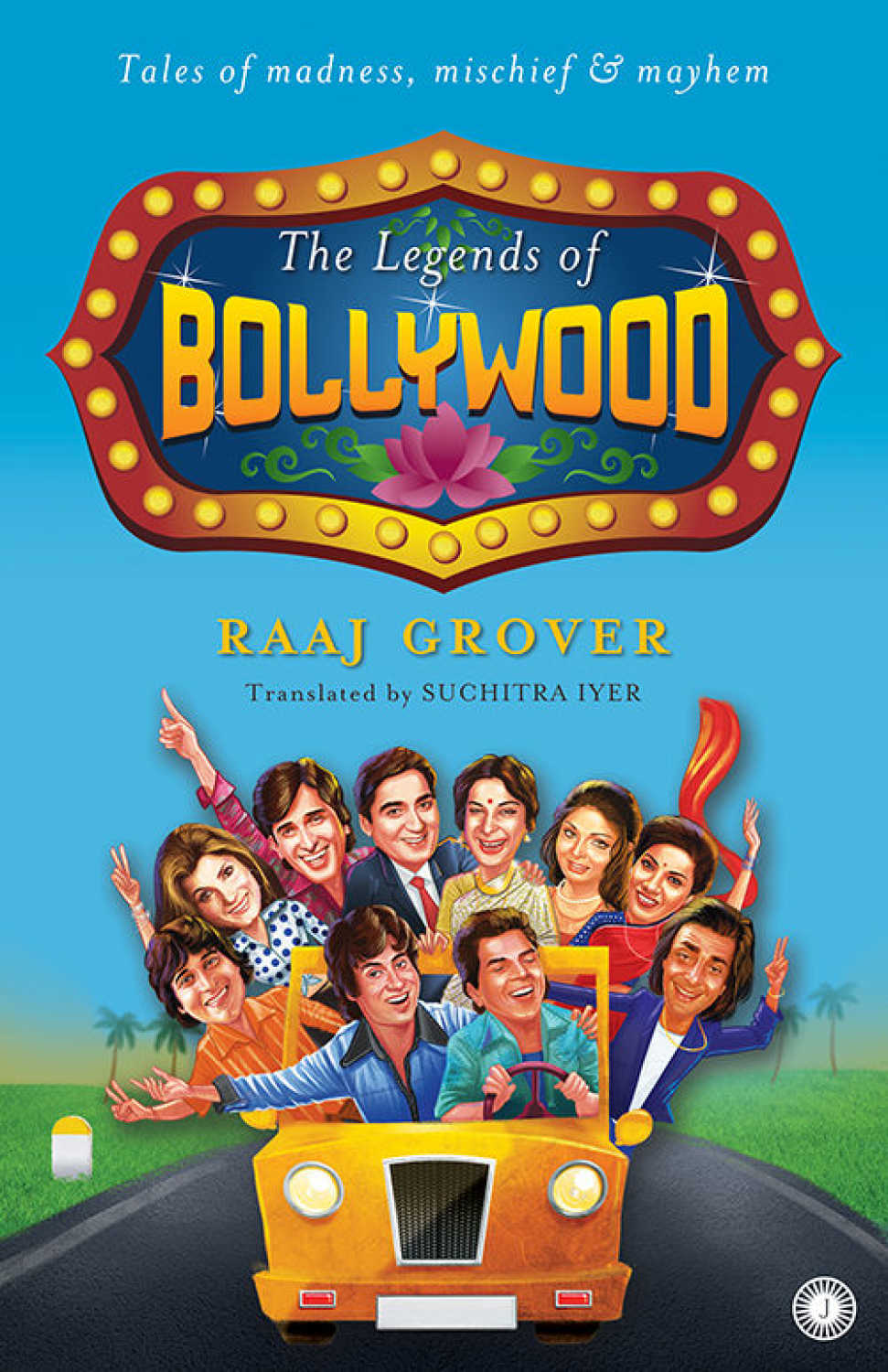 I’ve grown up with everyone. [I’ve been a] part of the film industry in a very different way, and I’ve always seen it as a family,” Dutt remembered referring to her father’s film banner. “You all must be remembering Ajanta Arts’ anniversary when we used to have those parties and everyone in the industry was there.”

She stated the gathering of the industry was very much like the cover of Grover’s book. “I’m so happy that Raaj uncle has brought back so many wonderful memories. It is really overwhelming to read this book [as] it is funny, has emotions; it has stories which no one else has heard of. But that is what makes it so different,” she said.

Dutt said she encouraged him to go ahead with Grover writing down his memories and the book being published was his dream coming true.

Grover called the book "a vault of his memories", without a key or a lock. He has written it on an emotional level, not a commercial level, indicating to not profiting on its proceeds. The book is dedicated to Sunil Dutt and Nargis, whom Grover referred to no less than his parents.

Filmmaker Mahesh Bhatt, who directed the film Thikana (1987) produced by Grover, took to the podium to talk about the happy reunion everyone was having at the event. The personalities present have all worked with each other at one point in time. Bhatt worked as an assistant on star Dharmendra's film Mera Gaon Mera Desh (1971) and reminsced of their time together.

"It's a moment for us to get together and celebrate the journey of ours," Bhatt stated. "It just means that we as a community, a family, give some value to our memories which we had spent together. We are here to celebrate the memory of this fascinating industry which we have all been privileged to be a part of."

Dharmendra remarked that the first time he met Grover, he had a feeling that he already knew him. The two remained friends even after Grover relocated to the US. “Each word of the book is filled with humanity and sincerity, because he has lived this way,” the veteran actor said, blessing the book.

Grover and the rest of the gathered personalities shared warm anecdotes about the past, often cracking jokes at each other's expense. For instance, stories like the fact that Ranjeet's screen name was christened by Sunil Dutt; his real name is Gopal, and that Zarina Wahab, when she first arrived in the city from the Film and Television Institute of India, lived with Grover and his wife Shashi. She owes her first film, Chitchor (1976), to Grover who introduced her to the film's producer Tarachand Barjatya.

“Raaj ji always says that love is the only religion he believes in. This book represents that love," Iyer said of her happiness of being part of the project. "Hopefully, youngsters will read it and get to know a facet of these stalwarts which nobody knows, about their generosity and the simple times, when relationships and friendships were more important than just the rat race."