Interestingly, the theatre and film actor will make his Hindi debut in Nitin Kakkar’s Mitron which will also hit the theatre screens on the same day (14 September).

Pratik Gandhi is one of those actors who took the route to films through theatre. What makes his journey unique is that until two years ago, he worked full-time in the corporate world.

After starring in acclaimed Gujarati films like Wrong Side Raju (2016), he will now be seen in the Gujarati remake of the Marathi movie Ventilator (2016). The Gujarati film will be directed by debutant Umag Vyas. Interestingly, Gandhi will make his Hindi debut in Nitin Kakkar’s Mitron which will also hit the theatre screens on the same day (14 September) as Ventilator.

In an exclusive chat with Cinestaan.com, Gandhi candidly spoke about his career journey so far.

What exactly is your character in the Gujarati Ventilator?

My character is Prashant, whose father is on a ventilator. The plot is interesting and the story is humane. It will be relatable to everyone in some way. There are 35 characters in the film. They are so real that somewhere it is based on the reality of all our lives. You would relate with at least five or six people. Of all my characters, this is the most humane of all.

Jitendra Joshi played this character in the original film. Have you seen it?

I have seen it. But at that time I wasn’t aware that it would be later made in Gujarati and I would be a part of it.

Do you feel you shouldn’t have seen it in order to not get influenced by it?

When I did the play on the life of [author] Chandrakant Baxi, I had never met or read him. We had just created the character given by the brief. But in this case I had seen the film and I didn’t know [that it would be remade]. But I have not tried and imitated any nuances of the film because the film is re-written completely for the Gujarati adaptation. And my character’s emotional graph and curve is different. His journey is more refined now. So, it didn’t make any difference to me that I had seen the film. We have shown the cultural difference. The characters are fresh in a way.

How was your experience with Jackie Shroff?

We have all grown up watching Jackie sir’s films. While watching his films, I never imagined that I would ever work with him. He is playing my older cousin. I remember I was nervous because I had to shoot my very first scene with such a big actor like him. I didn’t know him well. Plus, my character had to be constantly irritated. But he just came and put his hand on my shoulder and I instantly didn’t feel that it was my first meeting with him. He made it so comfortable that there was no problem. We were working as colleagues. 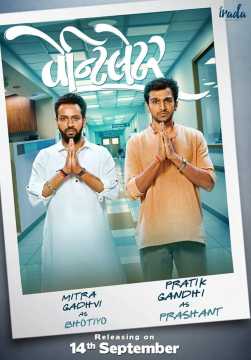 Now we are very good friends. He had said he would come to see my play. I messaged him and informed him about my show and asked if he could come. He had to go somewhere else, but he still came to just meet me because he had said he would.

Sanjay Goradia is another very senior actor in the film. How was it working with him?

I hadn’t worked with him in a play before. But I knew him well as both of us are from the same field. He has really displayed his comic strength in this film as an actor. His character is incredible.

I consider myself lucky to have got a chance of working with good directors in good films. As an actor it is satisfying that I am able to portray new characters. It is enjoyable to play different characters.

We have seen progressive content being made in Gujarati cinema finally.

It was very necessary to have progressive content in Gujarati. It was unusual to not see Gujarati films coming up like other regional films. But anyway, nevertheless. The stories and the method of storytelling today is more appealing to the youngsters. The stories are relatable to them and they are presented in a way that it reaches them. After the success of films in the last few years, including the win at the National Awards, filmmakers have found the courage to experiment more. We are at a stage right now where experiments are necessary. It’s no longer the case that people only want to laugh. The audience today is exposed to content on Netflix. 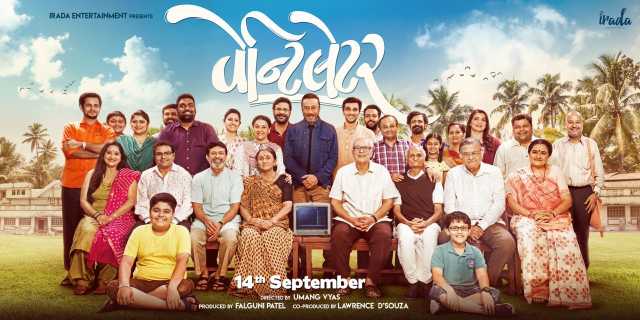 Generally actors who venture into films through theatre believe that theatre gives the maximum satisfaction. What do you feel?

There is no doubt that theatre is my first love. I feel theatre is like an akhada where an actor gets ready to perform in any format. There are differences between the two mediums. Theatre is a live medium, where the audience reveals how much they enjoyed through their reactions. So, performing in front of a live audience is a different joy. But in films, it’s a different joy to craft a medium. People keep comparing the two but I feel they are vastly different mediums. As far as bringing out your character is concerned, it is difficult and enjoyable in both mediums.

You initially wanted to become a doctor. Then you went into engineering. So, how did you become a full-time actor?

Just two years ago. I was doing theatre since I was a young boy. I was once doing mechanical engineering very passionately. After getting a degree in engineering and experience in theatre, I came to Mumbai in 2004 in order to pursue both the things. So, till 2016, I did engineering, theatre and films simultaneously. I was in [the] corporate [world] and was doing very interesting projects. I did theatre and films side by side. I shot Wrong Side Raju (2016) while I was working. I used all my leaves for shoot and shows.

But in 2016 there came a time when I had to decide if I want promotion at job, which would increase my responsibilities at work. After the films I started getting after Wrong Side Raju, I thought both won’t be possible. I thought I had to take a decision and plunged full-time into acting.

How did you manage acting and rehearsing while holding a corporate job?

My office was in Navi Mumbai and I used to stay in Vile Parle and later further suburbs. I used to return home at around 8 or 8:30pm. I either used to rehearse at late night or in the wee hours of the morning. I used to mostly do shows on weekends. Sometimes I used to go on tours using my leaves. Luckily, my colleagues and seniors were understanding.

The thing is that if I underperform in work, they won’t think it’s fine because he is also doing theatre. Similarly, the audience won’t let me off thinking that I am also working.

You are also making your Hindi debut with Mitron. That film is also releasing alongside Ventilator. What is your character in it?

I am playing Jackky Bhagnani’s close friend. But it’s a very critical and crucial character. It’s not a clash as such because one is Gujarati and the other is Hindi.