We have seen politicians being haunted by their old tweets when they suddenly decide to change their political stand or sides. Actors haven't been far behind either. Now, actor Aayush Sharma has come under fire for some controversial tweets from the past.

Sharma's tweets from 2011 to 2014 were dug out by Twitter folk, bringing much embarrassment to the young actor. Before getting married to actor Salman Khan’s sister Arpita, he was just a common man who would rant on Twitter about various issues. However, things are different for him now. 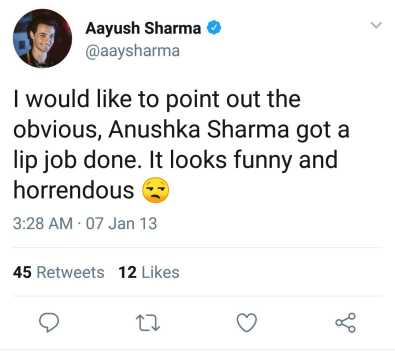 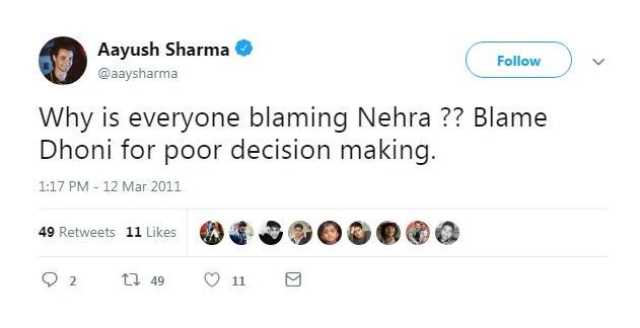 His wife Arpita has now claimed that Sharma's Twitter account is hacked and alleged that someone else was writing such tweets. However, her claim doesn’t hold ground as it is impossible to visit a user's old tweets and edit and change them. Sharma has deleted the tweets, but his screenshots have been saved by a lot of Twitter users. 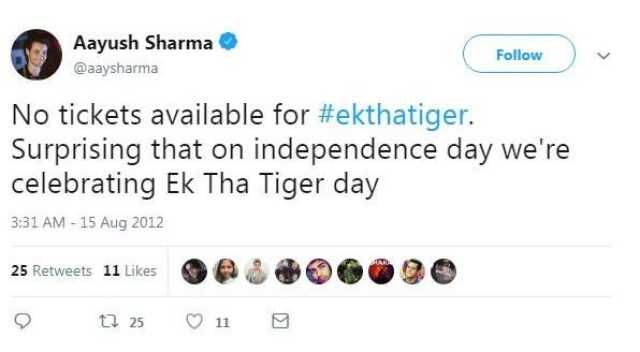 Loveyatri, Sharma's debut film as an actor, was released on Friday. The film is produced by Salman Khan Films.

Loveyatri review: A dispassionate, lethargic love in the times of Navratri 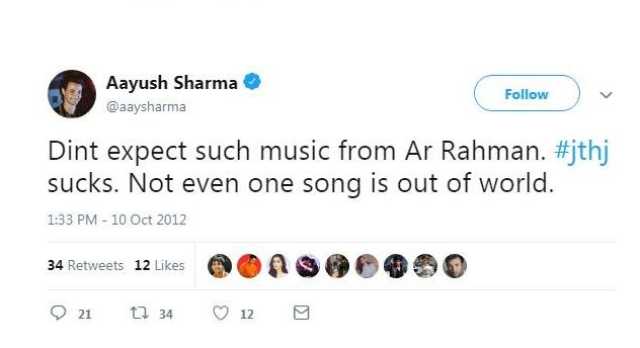 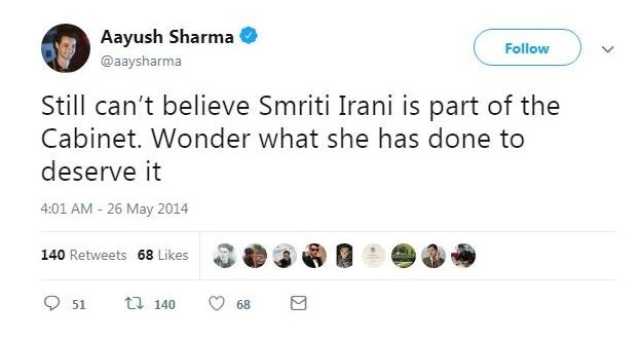 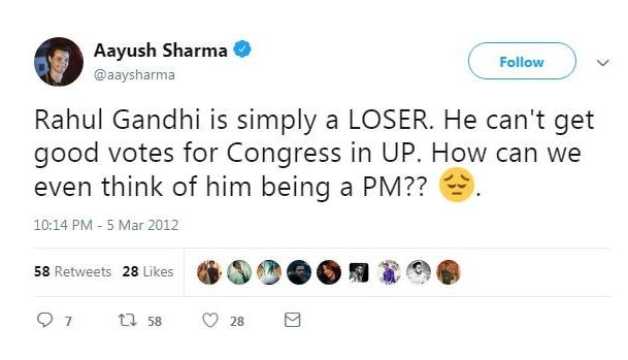