Nobody can be blamed for issues '96 faced on its release: Vijay Sethupathi


The actor was speaking at a function organised by the team of '96 to thank fans, media and friends for making the recently released film a success.

Actor Vijay Sethupathi says he strongly believes those who are able to bear the burden that is cast on them, will move higher up in life.

The actor made this statement at a function organised by the team of '96 to thank fans, media and friends for making the recently released film a success.

'96 review: A throwback to a simpler time, of gentler men and true love

Speaking at the event, Sethupathi said, "Tamil cinema is in a very healthy state. Pariyerum Perumal is wonderful and you all have celebrated it's victory. I thank you all for it. That was a film that beautifully showcased casteism's intensity and its terrifying nature. '96 is a creation that belongs only to a creator called Premkumar [C Premkumar]. But it has made everybody who watches it to consider it as their own."

The actor also commented about the problems the film's producer, S Nandagopal, faced while releasing the film. It may be recalled that the morning shows of the film had to be cancelled on the day it released (4 October) because of the producer's financial problems. 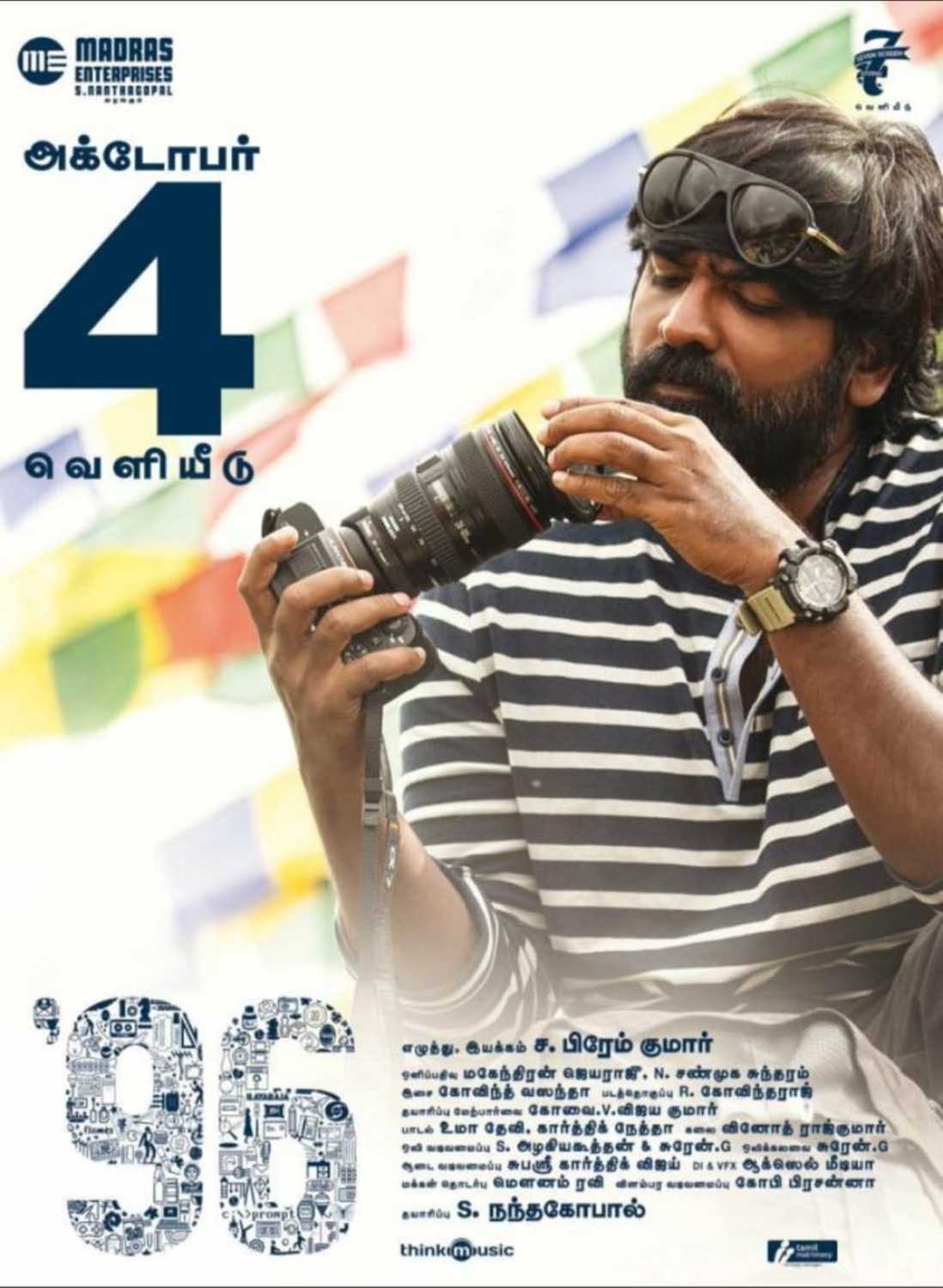 Sources close to the unit say that the film's release was delayed because Nandagopal had not returned the money he had borrowed from a financier for an earlier film. The financier had lent the money to the producer on the recommendation of the president of the Tamil Film Producers's Council, actor Vishal.

The issue was resolved only after Sethupathi volunteered as a guarantor for the Rs1.50 crore that the producer owed the financier. However, upon learning about the huge debt that Sethupathi already had, Vishal offered to lessen this additional burden by standing as the guarantor instead.

Commenting about the issue during his speech, Sethupathi said, "As you all know, there were issues on the day of this film's release. But there is nothing nobody can be blamed for. However, the person who tried to save this film, Lalith Kumar, is an important person.

"I watched in person the difficulties that producer Nandagopal faced that night. It pained me. But sometimes, there is no other option. Life gives us this pain. I strongly believe that when I face such problems, I am going to go the next stage in my life. I believe that whoever is able to bear the burden that is cast on them, will be able to move higher up in life. I have come across several such incidents in my life. This is not something that has happened to just my film unit. This has been happening forever in cinema."

Speaking at the event, director Premkumar said, "I have never lived my life by splitting it into professional life and personal life. I have lived a life in which I have treated them both as one. I continue to live such a life. Cinema is my life. A vast majority of those who have worked on this film are my friends. They have been friends with me even before this film.

I wish to thank, as I have pointed out in my film '96, only to nature. Two friends — Vijay Sethupathi and producer Lalith Kumar — were the ones who saved us from the problems that emerged at the time of 96's release. The two people who stand as an identity for this film are Vijay Sethupathi and Trisha [Krishnan]. They are the ones who are responsible for this film's success."