Thugs Of Hindostan challenged us in every way possible: Rushi Sharma, Manoshi Nath on designing costumes


The latest making video explains the painstaking process that the designer duo went through to bring alive the characters in the period-drama set in the 19th century.

Director Vijay Krishna Acharya’s Thugs Of Hindostan is set to be released on this Diwali. The film will have a certain colour, style, tone, and not to mention the costumes, that will add flavour to the period drama, set in the 19th century. Acharya and the producers, Yash Raj Films, roped in the designer duo of Rushi Sharma and Manoshi Nath for the film.

Aamir Khan plays, Firangi Mallah, a goon hired by the British to tame the rebel pirate Khudabaksh (Amitabh Bachchan). Fatima Sana Shaikh, who plays the archery expert, Zafira, operates under the command of Khudabaksh, while Suraiyya [Katrina Kaif] is a dancer. Each of these characters are vastly different from each other. 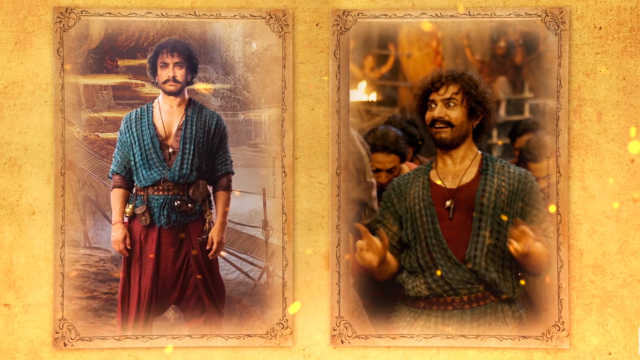 “The costume of each person is crucial to their look whether it is Firangi, Khudabaksh, Suraiyya, or Zafira,” underlined Acharya in the making video on the costumes of the film. For Sharma and Nath, it really was like travelling back in time. “To transport the audiences into the 1800s, we actually started living and breathing like we were in the 1800s,” Sharma said.

Of all the characters, it is Firangi Mallah who has an interesting look.

“For Firangi, what we figured is that other than the dhoti, everything else that he wears has been flicked from somewhere. He has got things hanging around him – little binocular, he has a pouch to carry water,” actor Aamir Khan observed.

For Amitabh Bachchan’s character, Khudabaksh, the brief to the designers was that he is a warrior by profession but a farmer at heart.

Bachchan has already spoken about the tough time he had wearing the leather armor, especially while filming the rain sequences. 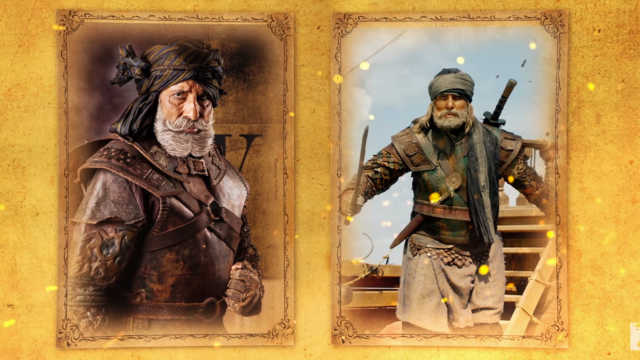 “The costume designers have gone through a process of labour, research to design something like this," he said.

Talking about designing costumes for Khudabaksh, Sharma says, “I think the character has contrasting personalities. Our layers spoke through that costume. The layers that we have given under the kurta and the dhoti are absolutely farmer like. The kurta has a cotton linen rib with a malmal [muslin] lining to give it the softness and top of that we have given a hard armour which gives the fierceness of the warrior.”

Amitabh Bachchan turns 76: Abhishek reveals the ‘shy’, ‘loner’ side of his father

Sharma found designing Zafira's costume for Fatima Sana Shaikh to be a real challenge. Speaking about it, she said, “Zafira was one of the most challenging characters we found. Once we found out what the character is, we called Fatima in and made her stand like a mannequin and we draped and draped fabrics [over her] for five-six hours.”

“Even with the armour, we had to keep her frame in mind and design the armor which flattered and yet made her look very strong,” Nath added. 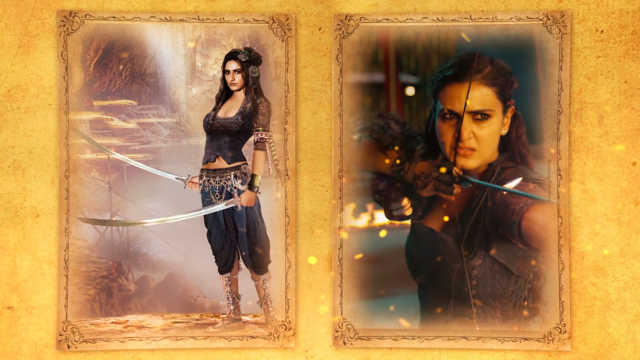 The designer duo gave Zafira an archery glove so that she could carry out her tasks effectively.

Shaikh, who played a wrestler in Dangal (2016), had to observe patience to get into her character. “I could have never imagined myself playing the role of Zafira because of the hair. Sitting for three hours in the morning, before the shoot is quite a pain. Credit goes to them [costume designers, hair stylist], because they imagined me as something else, and completely different”

As for Katrina Kaif's character, Sharma seemed to suggest that there is more to Suraiyya than just being a dancer.

"Suraiyya is an extremely layered character because you always see her as a siren, but in the end show, there is a revolution in her too. So, it was very interesting for us to show these two layers in her character,” said Sharma. 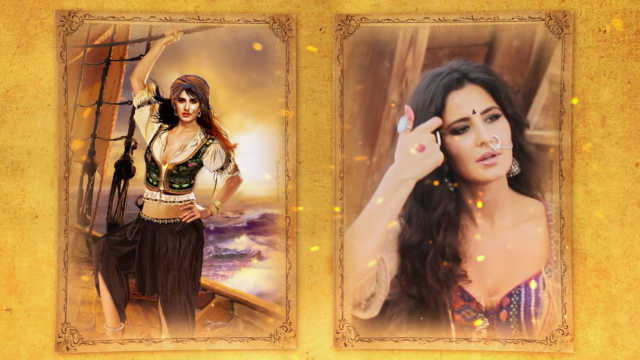 Speaking about her look, Kaif said, “We all wanted the character to be a little raw, rustic, we wanted that slight bohemian feel to come in.”

Commenting on the designing the costume for Suraiyya, Nath added, “We used very interesting transparent muslin fabric for the kind of blouses we gave her but because of the transparency and the way it has been cut and the waistcoat has been shaped, it creates more drama, a mystery about the character. The nose ring that we gave her, she looks stunning in that. It is something she has never worn before."

One of the prime characters that is not much talked about is Mohammad Zeeshan Ayyub's Sanichari. Ayyub stated that it was important that his character stood out from the rest. 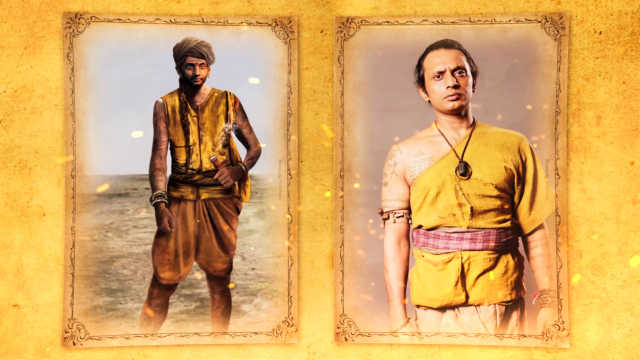 "This is a character that is darpok [a coward]. He believes in anything that promises to keep him safe. It was one of the fun characters, but it became a challenge,” Sharma said.

So he carried a piece of coal in his locket and has his kundali [horoscope] tattooed on his back. The designer duo underlined that how everyone in their team went beyond their call of duty and pushed their creativity to deliver on this film.

“I think this film has challenged us in every way possible - emotionally, mentally, physically. But it’s all been worth it,” Sharma observed.

The film is set to be released on 8 November.

That director Acharya was happy with the way the costumes shaped out, is a validation of the designers's work.

Watch the making video below: