The film is an anthology based on three short stories by three authors but with a common thread.

The film, which will be screened at the ongoing MAMI Mumbai film festival 2018, explores gender issues through its women protagonists in three different time periods.

While Sivaranjani And Two Other Women is being called a “pro-women” film, Vasanth, speaking exclusively with Cinestaan.com, said he did not intend it to be so. “If you watch and you agree, I am happy," he said. "I just wanted to show how women have come across in these three important time periods in Tamil Nadu. They are all based on short stories written by great writers.”

The film is an anthology based on three short stories by three authors with a common thread. It will be screened at the Mumbai film festival on 1 November. Excerpts from the conversation:

The trailer has no dialogues, just visuals and sound. How did Sivaranjani And Two Other Women come about? How do you expect your audience to make a decision to watch the film?

Definitely, the film may not speak a language, it’s a lot of emotions. But I believe camera is the language. Through visuals like somebody running, there are more meanings in there. I purposely avoided dialogue in the teaser. It’s not even a trailer, just a teaser of 40 seconds. As the film does not have any music, I wanted the audience to get used to it. The film has only realistic sounds, I wanted to have the same feeling in the teaser too. That’s why I didn’t go for dialogue.

The film has no score, instead featuring sounds designed by Anand Krishnamoorthi. How did you come across this idea and how has it helped enhance your narrative?

It’s not a big thing. Many important filmmakers have tried this before. There may not be many films from where I come, maybe one or two Tamil films have tried this. I love Kamal Haasan films and I think he is a great filmmaker, but he is yet to try something like this. My mentor K Balachander, who is no more, hasn’t tried it either.

It was only a challenge. I am not saying it is a big thing not to have a [background] score. To reach out to the audience, to take the emotions closer to them, I thought dialogue was not needed.

Sivaranjani... is being called a "pro-women" film. Could you elaborate?

I am not saying that. But if you watch and you agree, I am happy. I just wanted to show how women have come across in these three important time periods in Tamil Nadu. They are all based on short stories written by great writers. They are stalwarts and I loved reading their work even as a college student.

Since I started my film career, these stories have been on my mind and this is the medium I know. I thought I should do what I love, and I loved these three stories. I thought they could be a self-expression for me. I did not take any extra care that this is the way it should be, but I’m very happy that it is being looked at this way.

Could you tell us what stories the film is based on? 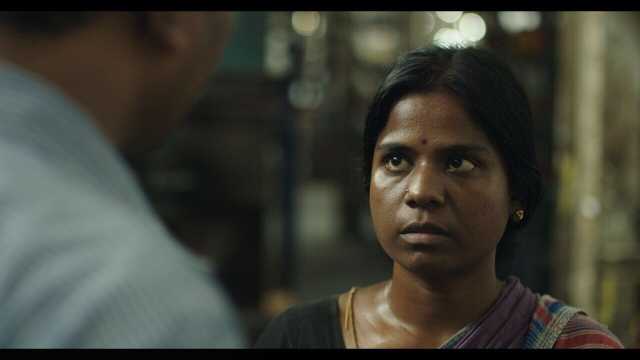 If I revealed that, it would kill all the interest. Especially for our Tamil audience. I haven’t even mentioned anywhere that it is an anthology of short stories. It speaks one thing in common, and I want the audience to find that emotion or feeling.

I can say I love these writers. I know Ashokamitran, I have another novel of his that I am on the verge of writing into a film called Thanneer. I love his work, he recently passed away [in 2017]. He is the face of Tamil literature, a very important writer who wrote great things. He has brought out very well the problems of suffering women in all his novels and short stories. I’m an out-and-out fan of his and I’m very happy to have made a film on his story. Same with B Jeyamohan, whom everybody loves. The third writer [Aadavan] is someone who died in the 1990s. He, too, did great work in Tamil literature.

Your film has been nominated for the Oxfam Best Film on Gender Equality award at MAMI. The theme for this year’s award is Cinema Beyond Stereotypes. What does this nomination mean to you? And how does your film stand out?

To say how my film stands out, I don’t know what the other films are. So I can’t compare my film with others. Maybe they have made greater films. I’ll know only by watching. I’m a fan of watching great films. You really feel nice when you watch a great film. I am looking forward to meeting all the other nominees. As far as my film is concerned, like I said, it’s self-expression. I have not tried to impress anybody, not even any particular gender. I have just said what I wanted to say on celluloid, that’s it.

I am very happy that my film has been selected for the Oxfam Best Film on Gender Equality award. I come from mainstream cinema and it is always a challenge to catch a middle path between stereotypes. I faced this challenge throughout my career of over 25 years. When I take up such subjects, it gives me more confidence. I am not trying to impress anybody.

You made your first film in 1990 [Keladi Kanmani] and you are still making good, commercially viable cinema today. How has your filmmaking evolved over the years?

Every day I am learning something new, every day the film world is changing, and it is very, very interesting. The only thing I love in the world is to make cinema. It has come a very long way.

I started my career as a writer, so I have been watching what’s happening. I know what it used to be like in the 1990s. Without five songs in a film, I couldn’t get a producer. That’s where I started my career. By default I got a name that I made films with songs, and I was known for that.

I love making films with songs. If you wanted to leave that and do something else, it was not possible in the 1990s. It was difficult, but so many people like P Bharathiraja, Mani Ratnam did something different. Kamal Haasan did one without dialogues [Pushpaka Vimanam (1987) by director Singeetam Srinivasa Rao].

Changes have been happening in Hindi and Malayalam films, and now Tamil films are also being made without songs. Slowly dancers have faded away, and now the importance of songs has really come down.

That’s a very basic change that has come about as far as Tamil cinema is concerned. You can just say what you want to say and forget about songs.

I am saying all this with respect to mainstream filmmaking, not independent filmmaking. There were challenges, but it has all changed. It is the best period [for a Tamil filmmaker], I would say. It’s very comfortable, and it makes me very happy.

You have made many commercially viable films. With Sivaranjani And Two Other Women, you say it’s self-expression. What are your expectations of this film from the commercial point of view?

When I make a film, I only look at whether a communion will happen between me, the filmmaker, and the viewers. I want to say something. So many things have changed now. Everybody is watching international cinema, even the common audience knows about these things [technical aspects]. I am very hopeful they will accept my film.

Sivaranjani And Two Other Women will be screened at the 20th MAMI Mumbai Film Festival on 1 November 2018.