More and more actors and actresses are being drawn to web-series these days. From Amazon’s Inside Edge to Netflix’s Sacred Games, all have boasted of versatile ensemble casts. Now it is the turn of Eros Now to unveil its latest online series, Smoke.

Actor Gulshan Devaiah spoke to Cinestaan.com about why he took on the role of gangster Jairam Jha in the web-series. 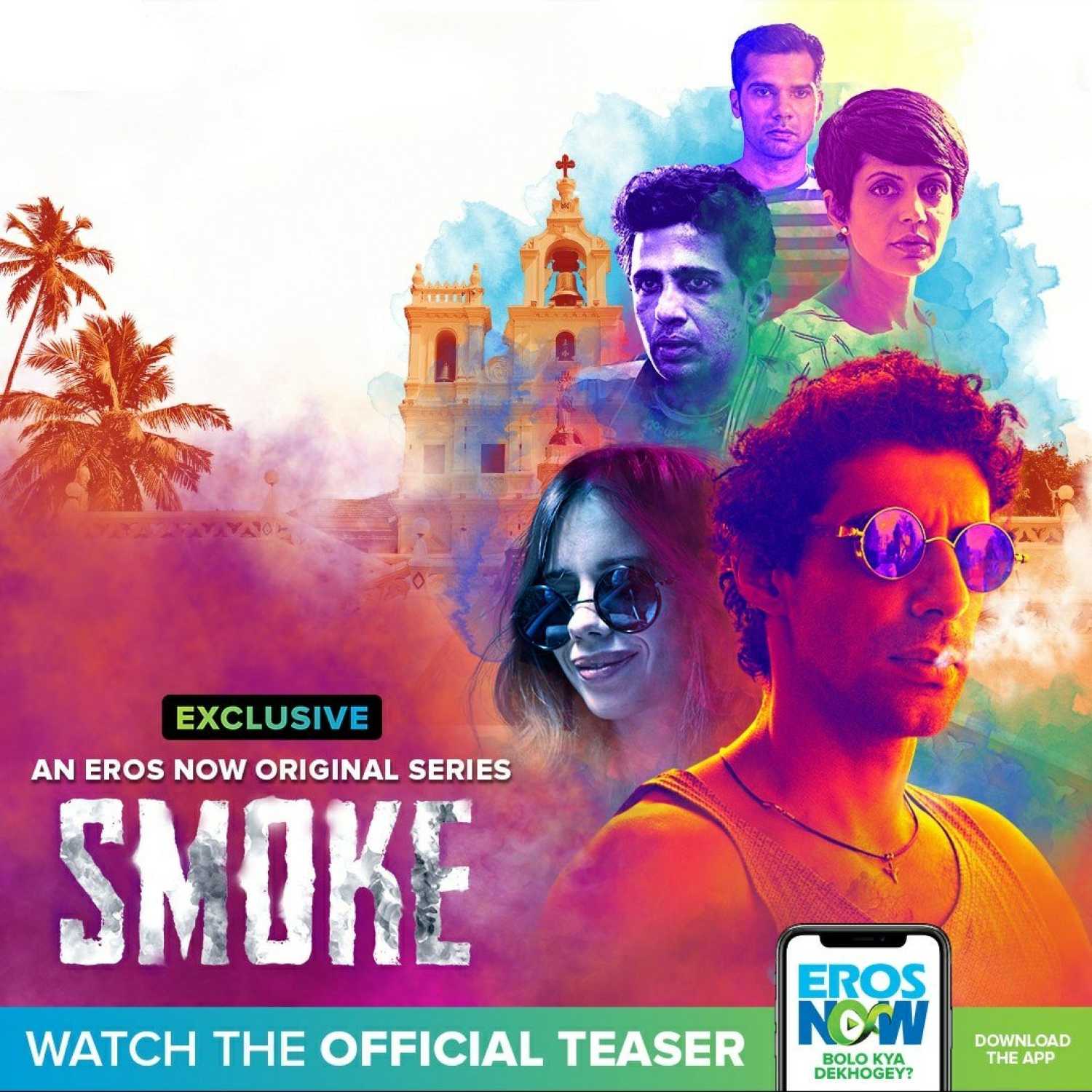 “When the producers came to me, they offered me the character of Jairam Jha who is from Bihar. Being a proper South Indian, I thought it was pretty gutsy of them to offer me a role of a Bihari,” he recalled.

“I don’t buckle under such pressure, I thrive," the actor continued. "I want to try and I do believe that I am a versatile and diverse artiste. These are opportunities that I jump upon when they come to me. This is an opportunity where I can actually put my money where my mouth is. So I was really happy. That’s one of the main reasons why I wanted to do this.”

Further, he believed in the producers and directors on the web-series who wanted to raise the digital content being produced in India.

“I think we suffer from not paying enough attention to quality," he said. "These people that I was working with, they seemed like they had their hearts and minds in the place where they would say that we want to make something entertaining, that people will like, but we want to make a good product at the end of the day which will take this genre forward in a positive direction. I was in agreement with that.”

Smoke’s impressive cast was another strong selling point. Asked if he knew who was working on the project before he signed up for it, the actor replied in the affirmative.

“I knew everybody that I was working with," he said. "I didn’t know them personally. It was the first time I was working with Mr Tom Alter, who was such a fine actor and a thespian. We will surely miss him. Mandira Bedi is also a proven actor and it was fantastic to work with her. Kalki and Neil are friends, so it was easy with them.

“Amit Sial, whom I have always admired, he is a fabulous actor and it was a great opportunity for me to work with him and another gentleman from Bangalore called Prakash Belawadi who is a very prominent theatre person,” he continued. “They put together an interesting and diverse cast so that was also an incentive to see how it would be.”

The web-series, directed by Neel Guha, examines characters through the lens of greed and power.

“It looks at greed and power from different perspectives, of all these characters. They are all after the same thing. Everything is in grey and there are different shades of grey depending on the situation and on who they are and what they want. So it looks at that, which is an advantage in the case of Smoke, because in a film it would be a much more narrowed down point of view, and greed and power are things which are very common and we are suffering the effects of that as we speak.”

Besides Smoke and his double role in Vasan Bala’s Mard Ko Dard Nahin Hota (2018), Gulshan Devaiah has also signed on to play the antagonist to Vidyut Jammwal’s lead character for the third Commando film, for which shooting has begun. The actor joked that he did not require any training for the film as he already knows karate after training for Mard Ko Dard Nahin Hota.

“My attempt is always to try and do something different, try and see how I can create and contribute," he said. "This, to put it simply, would be an out-and-out commercial film. I also feel that I don’t restrict my sensibilities as an artiste to certain kinds of films. Sometimes, you have to do as many films as possible.”

He sat down with the film’s producer and director to work out how his character would take shape.

“We play villains like villains. That’s exactly what I’m not trying to do. For the sake of everybody understanding how exactly I fit in, it’s the antagonist, but from my point of view, I’m not playing it as the antagonist. I would completely disagree and say I’m not the antagonist, I am the protagonist,” he said.

With his approach he hopes to give fans of the Commando franchise something exciting to look forward to. The third Commando film is scheduled for release in 2019 while the 11-episode web-series Smoke was made available for streaming on Eros Now on 26 October.